A Bob Vila Pest-rospective of the Year’s Worst Bugs

Take a look at some of the most dreaded and destructive bugs that readers wanted to learn more about in 2022. 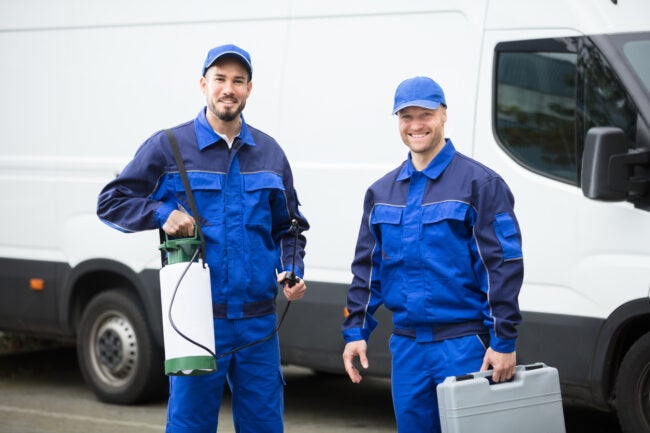 As has been the trend over the past few years, 2022 was anything but normal. Beyond family drama, illness, and politics as usual (or unusual), many individuals were concerned with bugs. During 2022, people across the country were searching the internet to learn more about stink bugs, spotted lanternflies, fire ants, and several other destructive and creepy pests. Here at Bob Vila, we know which bugs really grabbed people’s attention, along with a few interesting facts about them.

RELATED: The Worst Invasive Insects in Every State—and How to Deal With Them

Spotted lanternflies have been in the United States for less than a decade. Since their arrival from Asia in 2014, these destructive pests have spread along the East Coast where they have wreaked havoc on crops such as apples, walnuts, and grapes. Spotted Lanternflies feed on vascular plants’ living tissue and excrete a sticky liquid called honeydew onto the plant. As more honeydew builds up on the plant, mold begins to grow, which can block sunlight from reaching the leaves. Getting rid of spotted lanternflies can be challenging. It is best to stay alert for any signs of spotted lanternfly eggs, which look like a smear of mud, to eradicate them before they hatch.

Even if you’ve somehow never heard of stink bugs, their name should tell you nearly everything you’ll want to know. As their name suggests, these bugs can emit an undesirable odor if they are threatened. You’re more likely to see stink bugs inside your house during the fall or winter. These pests prefer to stay outside to eat and mate during the warmer months, but tend to seek shelter inside as the weather gets colder. They often gain entry to a home through cracks in the home’s exterior and can be more likely to enter homes with a garden or higher moisture levels. If you notice any stink bugs in your home—or want to prevent them from entering—take measures to find and seal off any potential entry points. You can also get rid of stink bugs by vacuuming them up, spraying them with a detergent and water mixture, or hanging a bug zapper in your attic or basement.

Fire ants are another pest that no one wants to find in or around their home. If a fire ant bites, it causes a painful, burning sensation that’s very itchy. Beyond their unpleasant bites, fire ants can also cause significant damage to crops, electrical equipment, and structures. Fire ants are typically found in warmer environments. If you see a fire ant on your property, you’ll want to find the nest and kill the ants. If you’d prefer not to hire an exterminator for this task, you can try to get rid of these pests yourself. Food-grade diatomaceous earth can be effective at killing fire ants that are inside the home, while a stronger chemical treatment may be necessary to get rid of ants outside the house. You can also pour boiling water on the ants’ telltale mounds.

Hammerhead worms look much like you may guess. They have a long and skinny body—similar to that of an earthworm—topped with a large, flat head that sits perpendicular to the body. However, unlike earthworms, which are very beneficial to gardens and crops, hammerhead worms have been classified as a threatening invasive species. If you see hammerhead worms in your garden, you’ll want to remove them. Wear gloves to pick up the worms and place them in a sealed container or bag. Then, spray vinegar on the worms in the container, reseal it, and freeze it for 48 hours. Be sure to notify your state’s department of natural resources so that they can keep track of where the worms have been found. One tip: While you may be tempted to cut up the worms to get rid of them, don’t do this. Sections of a hammerhead worm’s body will grow back into a fully developed worm.

RELATED: 8 Pantry Pests That May Be Invading Your Food Stash

If you’ve been asking, “what are all of these tiny black bugs near my windows,” you’re not alone. However, there is not one right answer to this question. Many bugs are small and black and could be causing the infestation in your home. These include ants, drain flies, and gnats. Regardless of which pest seems to be invading your window, there are a few steps you can take to keep them away. Some ideas include sealing gaps and holes along the windows, applying a perimeter treatment around the window and any other potential entry points, or even replacing your windows for updated secure options.

RELATED: 10 Tiny Bugs in Your House—And How to Get Rid of Them

Some homeowners have been concerned after finding tiny red bugs in their homes. If you spot a small red bug in your home, it is probably a clover mite. Clover mites, which are related to spiders and ticks, are only about the size of a pinhead. While they are not harmful, seeing numerous clover mites all over your home is not pleasant. However, you’ll want to avoid smooshing clover mites to get rid of them. Their red body color can leave a red stain behind, which can be very difficult to move. You can hire a professional exterminator or try spraying the bugs with hairspray. The sticky hairspray will make it more difficult for the clover mites to run back into hiding, allowing you to more easily clean them up from the surfaces in your home.

Don’t poke the hornet’s nest is more than just a saying. It is good advice to follow. Giant hornets, also called murder hornets, were first spotted in the United States in 2019. They are just what they sound like. The queen may be more than 2 inches long with a wingspan of about 3 inches, and the workers may be up to 1.5 inches long. While they typically don’t pose a threat to humans, they do pose a serious threat to bees. They target and destroy honey bees and their hives. As of right now, murder hornets have been spotted in the United States only in Washington State along the Canadian border.

RELATED: 12 Bugs You Should Never Kill

Kissing bugs may sound sweet, but they’re actually a type of assassin bug. These pests are known for carrying diseases that can make both humans and animals sick. Some kissing bugs are carriers of the Trypanosoma cruzi parasite. If bitten by one of these carriers, a person or animal could develop Chagas disease. It goes without saying that you’ll want to work to get rid of kissing bugs in your home. Some tips for removal include sealing points of entry, leaving exterior lights off when possible, and not storing piles of wood close to the home. In some cases, an insecticidal spray with pyrethroid may be required to get rid of the bugs.

Nobody wants to deal with bed bugs. These pests look similar to an apple seed and are attracted to humans. They search for human blood to survive, which is why they often hide in mattresses and bedding and feed when people are sleeping in the bed. They are strongly attracted to carbon dioxide, which surrounds a person’s head as they sleep. For this reason, many bed bug bites are found on the head or neck. If you think you have bed bugs, you’ll want to contact a professional. Each female lays up to 250 eggs, making it very difficult to clear up an infestation.

RELATED: Beware of These 14 Pests That Only Come Out at Night

Boxelder Bugs are members of the same family that cicadas and stink bugs belong to. They prefer warmer climates and are most likely to be found in buildings that have southern or western exposure. It is unlikely to have a boxelder bug infestation in the summer, but as the weather gets colder, they may make their way into buildings to stay warmer. They often travel in larger groups, which means if you see one boxelder bug in your home, then there are likely more present. Boxelder bugs are about half an inch long. They are black with orange marks on their back and have wings that overlap and look like an “X.” You can try to clear up a boxelder bug infestation by spraying the bugs with a powerful stream of water, spreading diatomaceous earth around the property, or getting rid of any female boxelder trees on the property (the bugs feed on the seed pods).

10 Time-Tested Tricks for a Bug-Free Backyard

10 Things You Should Know Before Taking Out a Second Mortgage

The 10 Most Surprising Things You Can Buy at Sam's Club