Should You Repair or Replace Your Roof?

Making the right decisions about your roof ensures your home's optimal performance and safeguards your peace of mind. 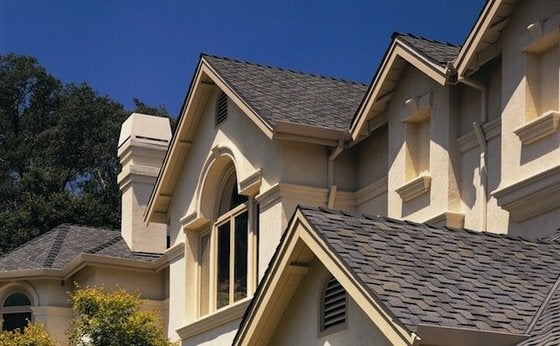 Making good decisions is the key to minimizing near- and long-term costs related to any home improvement. This is especially true for large, complex jobs like reroofing. In this particular case, some of the most important decisions should be made before you hire a contractor or choose a shingle manufacturer.

The first decision is whether to simply patch leaks and damaged areas or whether partial or complete reroofing is in order. If you choose the latter, you’ll also have to decide whether to roof over your existing roof or whether to remove it. There are cost consequences either way.

Replacing shingles due to wind damage or a fallen limb is a relatively easy and inexpensive. Torn or damaged shingles can be removed, and new ones can be slipped in place. The downside is that unless your roof is relatively new and you happen to have saved some spare shingles from the job, your patch job may not match the existing roof. But that is a small price to pay if the repair would extend the life of your current roof for another 10 or 15 years! However, if you plan to sell your home in the next few years, ask your contractor to order shingles that match as closely as possible. A roof with a prominent patch is unattractive and will not inspire a potential buyer’s confidence.

Partial Reroofing Is an Option Too

If the damage is more significant but confined to one side of the roof, partial reroofing is an option that will cost thousands of dollars less than doing the entire roof. Repairing a section of roofing will also make it easier to blend new with old, because slight color differences will be less noticeable.

Counter to intuition, partial reroofing jobs are more expensive on a cost per square (a 10′ x 10′ area) basis. They can create added problems, too. For example, if an asphalt roof already has two or more layers, all layers will have to be removed in order for the partial re-roofing to proceed. So in addition to increased labor and disposal costs, you may face the possibility of a lopsided effect at ridges, with the old roof ending up a couple of inches higher than the new one. Even when built up with a course of shingles and covered with a ridge cap, the hump may still be noticeable.

Is a New Roof Cheaper in the Long Run?

Even if only part of your roof is showing signs of wear, it’s wise to consider doing the entire job while the crew is on-site with its scaffolding, ladders, and equipment. This will likely be less expensive than doing one part now and the remainder in a few years. I recently had a quote to repair one side of a four-sided hip roof for $2,800. For the entire roof, meanwhile, the quote was $9,000, or $2,250 per side. Given that the previous owner had reroofed 17 years before with shingles that only carried a 20-year rated life expectancy, I decided to spring for a complete reroofing.

When to reroof depends on several variables, including the shingles’ wear and age, the climate in your area, and your home’s susceptibility to future damage. I patched my own roof after Hurricane Irene blew off six or seven shingles in 2011. The replacement shingles were off the rack at the home center and lightweight, but they matched the existing three-tab style, were somewhat close in color, and saved me from having to buy more shingles than I needed. Added a few extra dabs of roofing cement under the patching shingles, I hoped for the best. The job cost $160.

A little over a year later, Hurricane Sandy blew away another dozen or so shingles. Reroofing with a more durable shingle, one with vastly improved adhesives, held a lot of appeal. The fact that the new shingles would have six nails per shingle instead of four, as now recommended by the shingle manufacturer for high-wind areas, was also an incentive.

Tear Off or Roof Over?

Once you’ve decided to reroof, you’ll have to decide whether to install your new roof over the existing one or whether to tear the old one off. Once again, the choice comes down to saving a little money now and risking greater expenses down the road, or spending more now to do the job right and minimize future expenses.

If you already have two layers shingles, the decision is made for you. The International Residential Code says that you cannot put a new roof over two or more applications of any type of roof covering. Part of the reason has to do with weight and its effect on the structure of your home. A shingle in your hand may not feel as though it weighs much, but cover a roof with 1,500 square feet of them, and it’s nearly the equivalent of parking a two-ton SUV up there!

If you have only one layer of asphalt shingles, you may decide to have them removed even though you’re not required to. Doing so may save you money in the future. For example, if you live in an area that is subject to high winds, keep in mind that shingles will hold better if fastened directly to the roof deck. In addition, removing the old shingles will allow you to inspect the roof deck or sheathing.

The opportunity to evaluate the condition of your roof deck is valuable, insofar as you can check for wood rot and the presence of inadequate sheathing fasteners. By making any necessary repairs and adding fasteners to sheathing (especially annular nails or screws), you will avoid the dramatic losses caused when sheathing blows off the roof, allowing rain to cause extensive interior damage. Beginning your roofing job with a clean roof deck (old shingles and roofing felt removed) also means you have the option of adding ice-and-water-shield membrane along the eaves. It can only be applied to a clean deck but will help prevent damage due to ice dams.

A new roof is a big expense but should last you for decades. Do it right and you’ll have one less thing to worry about when storm winds blow. In the long term, you’ll also end up with more money in your pocket.

How Much Does Roof Replacement Cost?