If you've been thinking of upgrading to central air conditioning but have been alarmed by the costs and the necessary renovations, here are 5 reasons why it may be time to look at newer, more flexible air-conditioning options. 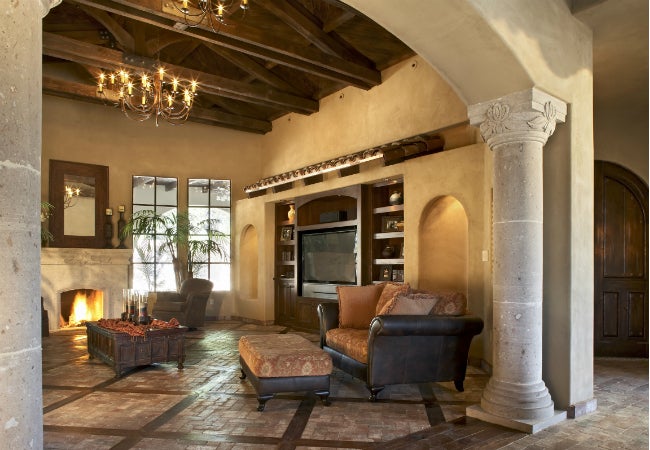 In most parts of the country, air conditioning is a necessity of modern life. Even so, many consumers hesitate to invest in a whole-house cooling system. Some are concerned that they’ll be forced into a compromise between everyday comfort and skyrocketing energy bills. Others are reluctant to sacrifice aesthetics in order to accommodate bulky or unsightly components. While older, traditional central air-conditioning systems may have a ton of drawbacks—inefficient operation, unattractive components, intolerable noise, and expensive installation and maintenance, for starters—today’s options answer these common complaints with solutions that are worth a second look. Modern central-air systems take an adaptable approach to cooling, employing a variety of technologies—including high-velocity flexible ductwork and mini-split configurations—to create effective and practical ways to cool an entire home. Advances in air-conditioning technology mean that today’s central systems can offer homeowners a welcome respite from summer’s sweltering sun without their having to forfeit an entire paycheck to cover utility or maintenance costs, and without having to compromise on visual appeal.

Are you ready to live more comfortably this summer and beyond? Consider the following ways a new central air-conditioning system could transcend your biggest concerns.

1. Operating costs aren’t what they used to be.

In the past, the cost of running central air conditioning was the biggest turn-off for homeowners. Fortunately, energy efficiency of new models has improved significantly over the course of the past 10 to 15 years, in some cases by as much as 40 percent. Measured and rated by the seasonal energy efficiency ratio (SEER), the older systems’ cooling performance tended to range between 4 and 10 SEER. (Higher numbers indicate greater efficiency.) HVAC units produced after 2006, however, must rate at least 13 SEER, and some options even go as high as 26 SEER.

A big contributor to today’s substantial increase in energy savings? Ductwork improvements. Older, rigid metal ducts were notoriously leaky, often compromising the overall efficiency of the system by up to a whopping 25 percent. Newer technologies, like those developed by industry leader The Unico System, utilize a network of small, flexible mini-ducts that are constructed to minimize air leaks. Measuring just two to two-and-a-half inches in diameter, the Unico System ductwork has one-third the surface area of conventional ducting, and the mini-ducts feature nylon inner cores that are sheathed in closed-cell insulation to prevent energy waste, thereby saving homeowners money on their monthly bills. In combination, these features mean that Unico ducts lose less than 5 percent of the cooled air the system circulates! On top of that, the Unico System’s design also removes up to 30 percent more humidity from a room than other central-air systems, so the air feels cooler. When there is less humidity in the circulating air, homeowners can set the thermostat higher than they typically might and still achieve the same level of comfort. As a result, the system requires less energy (and less money) to run, even in the hottest of months.

2. Homeowners can have complete control over comfort.

It’s time to abandon the “all-or-nothing” approach associated with traditional central air conditioning. Now that many systems offer the ability to create zones controlled by separate thermostats, energy can be focused on cooling only those areas of the home that are occupied at a given time—or, in some cases, the ones that need it most. This setup is ideal for addressing the needs of a multilevel home, which rarely requires cooling on every floor, as well as those additions or “bonus rooms” that remain stubbornly hot compared with the rest of the house. In addition to permitting targeting of cooling efforts, a zoned system also provides maximum comfort for all members of the household by allowing them to adjust their own zone or room’s thermostat to the ideal temperature. Turning off or adjusting the temperature in unused rooms can translate into substantial savings on monthly utility bills.

3. Your home’s aesthetics can remain unblemished.

In search of relief from the heat, homeowners who lack a whole-house system are often forced to sacrifice natural light to awkward window air conditioners. In the past, central-air systems didn’t always promise a huge improvement in terms of aesthetics and curb appeal, often relying on overly conspicuous or flat-out unattractive registers indoors and bulky compressors outside. Fortunately, today’s technology places a premium on blending into the existing home environment, making these newer systems perfect for style-conscious homeowners and historic home preservationists alike.

For example, the Unico System’s small, discreet room outlets ensure that your interior decor won’t be disrupted by ugly metal registers that may streak or stain over time. Instead, these unassuming outlets are simply round covers five inches across or slotted half-inch-by-eight-inch rectangles. Both are available in a wide array of colors and finishes, including options that can be painted or stained, in order to blend in with virtually any decor. Installed in unobtrusive locations—on the ceiling, through the floor, or on the wall—they’re practically undetectable.

4. Newer systems offer a cooling option for nearly any space.

Previously, if you wanted to put in central air, you had no choice but to sacrifice the architectural integrity of your home. Full-size, rigid metal ductwork used to funnel central air conditioning traditionally took up a lot of valuable real estate, making installation in an existing home virtually impossible without extensive remodeling to add dropped ceilings or soffits.

But today, you don’t have to put up with a system that steals square footage from your living space. New technology like the Unico System fits where other conventional cooling and heating systems cannot and requires minimal renovation. The modular air handlers and coils can be easily installed into attics, ceilings, crawl spaces, and closets, while the flexible mini-ducts (remember, they’re just two to two-and-a-half inches in diameter!) can be routed through existing ceiling, floor, or wall cavities between joists and around any other obstructions. The Unico System also features a remarkably space-efficient air handler that can fit into an opening only a couple of feet tall or wide. Altogether, the Unico components need less than a third of the space required by a traditional forced-air system to deliver comparable performance. The streamlined design makes the Unico System a noninvasive option in buildings that have no ductwork, inadequate ductwork, or little space for ducting, such as older, historic homes and newer, architecturally sensitive designs.

5. Finally, installation can be quick and convenient.

Thanks to an ability to fit anywhere, today’s systems bypass the gut renovation involved in installing a traditional central-air system in an existing home—as well as some of the labor and expenses that go along with it. The Unico System adapts perfectly to any type of residential setting (historic homes, condominiums, apartments, you name it!) without requiring contractors to open up walls, ceilings, or floors. That means the overall process causes less disruption to your household activities, creates less mess, and takes less time from start to finish. Comfort is truly within reach.

Adding central air conditioning to an existing home may require some creative construction and out-of-the-box thinking, but recent technological advancements mean that homeowners don’t have to settle for less. With modern technology like the Unico System, adding central air can be a beneficial, economical, and relatively easy proposition.

Choose the Right AC for Your Home with This Cheat Sheet