The Best Loppers for Pruning Trees and Shrubs

When pruning shrubs and trees, the right loppers make the job go faster and ease hand and arm fatigue. Read on for help choosing the best loppers for the job. 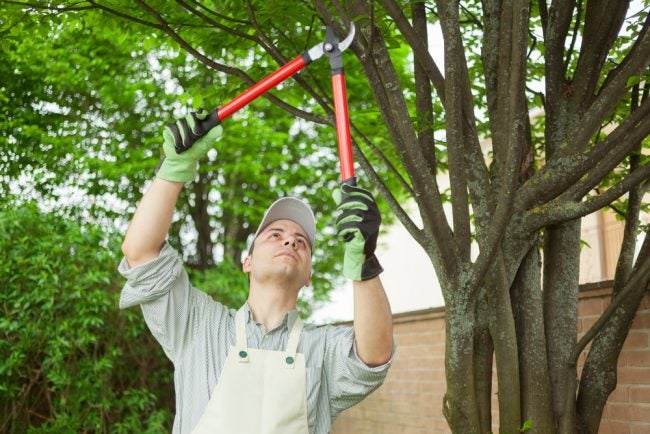 Beautiful landscapes and pruning go hand in hand. Thinning out rose bushes and trimming hedges might not be your favorite tasks, but they go more quickly if you have the right tools. Handheld pruning shears are great for nipping off narrow stems and branches up to 1/2 inch in diameter, but for pruning large branches up to 2 or 3 inches, you’ll want to use loppers. In effect, loppers are the beefed-up version of pruning shears, offering more reach and better cutting power. Read on for the details on what to look for when shopping for this type of landscaping tool, and to find out why we’ve chosen the below as the best loppers out there. 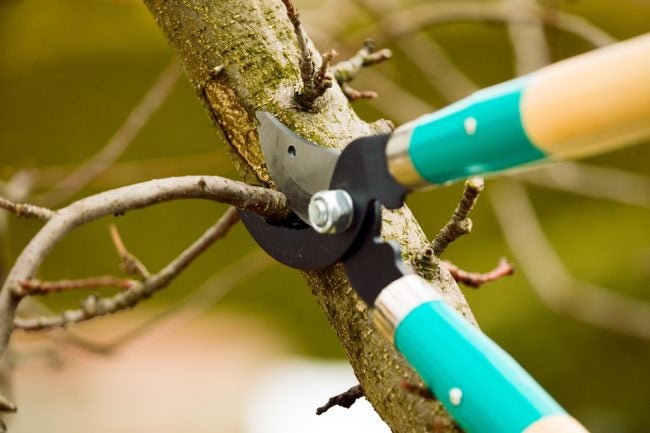 At first glance, loppers all look pretty much the same—two handles that open wide to manipulate their scissor-like blades, but there are important differences between models.

A lopper’s cutting blades are either anvil or bypass, and each type works better on different types of branches.

Lopper blades are made from steel, but all steel is not the same.

The shortest loppers measure about 15 inches from the end of the handles to the tip of the cutting blades and they can weigh as little as 11 ounces, making them a good choice for pruning narrower branches. Lengthier loppers, up to 40 inches or more, are handier when you need to reach high branches without having to stand on a ladder. Longer loppers also are heavier, however, with some weighing more than 4 pounds, so they’re more likely to cause arm fatigue than lighter-weight loppers. The trick is to know your own strength and cutting needs. A long lopper offers more reach, and often more power if it uses compound action—but if you can’t make clean cuts with it, it’s better to opt for a shorter length. Handle the loppers in the store to get a sense of how they feel. Some newer models have telescoping handles that you can extend or shorten as necessary.

Many of today’s loppers come with rubber or padded grips, which are designed to keep the lopper handles from slipping in your hand and to reduce hand fatigue and blisters. The softest foam handles feel great in your hands, but they’re also the most prone to nicks and tears. If you’re going to be using the loppers extensively, consider a pair with molded rubber grips that will hold up to the extra duty. 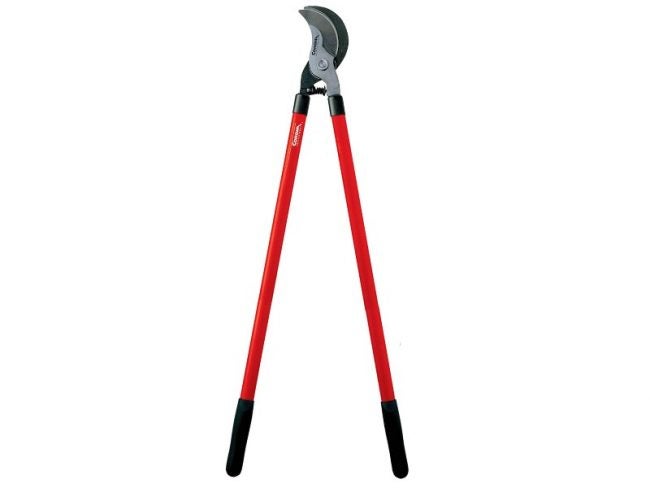 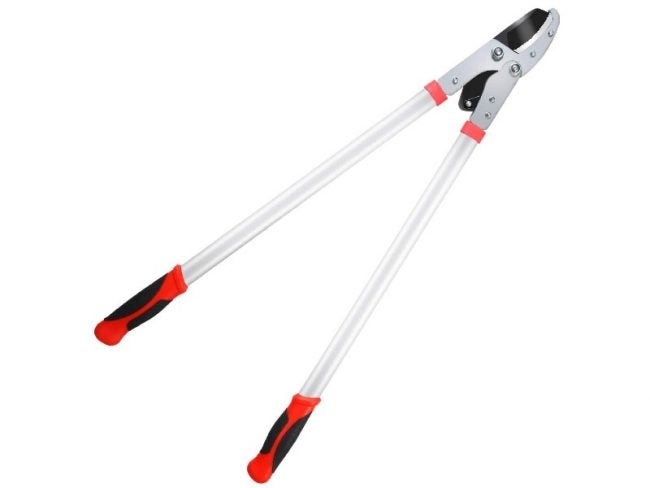 For enhanced cutting force, check out the TABOR TOOLS Anvil Lopper with Compound Action, which feature a compound gear for double the cutting dynamic of a manual lopper. Weighing under 4 pounds and topping out at 30 inches in length, these anvil loppers feature sharp, hardened, carbon steel blades and come with rubberized grips to minimize hand fatigue. The cutting blade sharpens with a sharpening stone as needed. 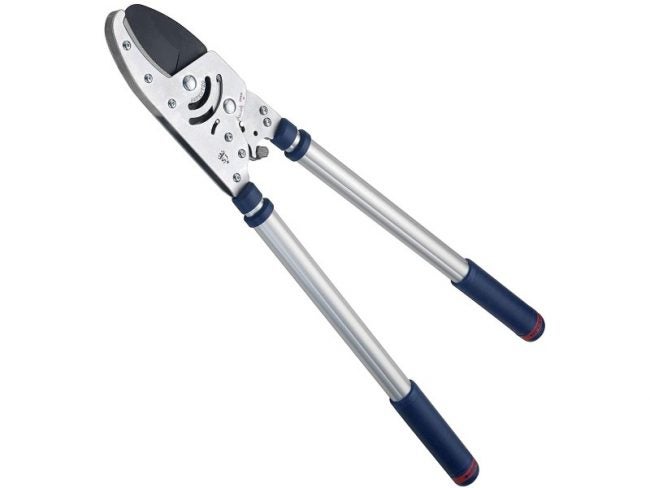 If you’re looking for ratcheting action in a pair of pruning loppers, look no further than the Spear & Jackson Ratchet Anvil Loppers. While the ratcheting mechanism makes it easier to trim dead wood, the lopper’s carbon cutting steel blade is coated to help reduce rusting and withstand sharpening. The Spear & Jackson loppers weigh in at 4.17 pounds, and their aluminum handles extend from 18 inches up to 31.5 inches long, so you can adjust them depending on your pruning needs. The padded, non-slip handles reduce hand fatigue and make it easier to grip the loppers firmly. 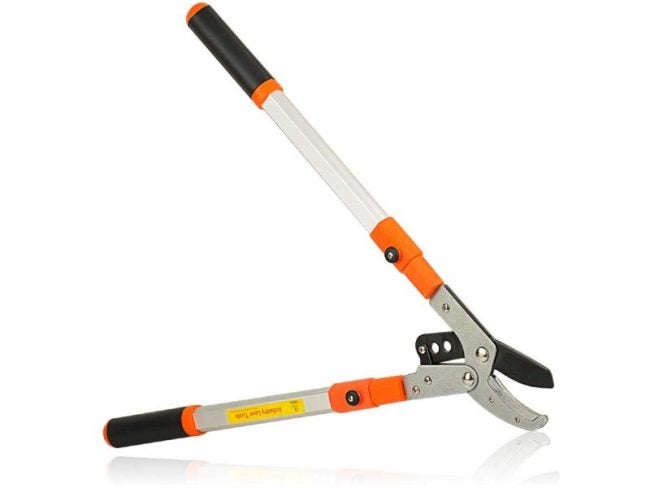 When you need the convenience of a mid-length lopper most of the time, but the reach of a longer tool for some pruning jobs, consider the T-MAI Extendable Anvil Loppers. The loppers’ anvil-type carbon steel cutting blade can be re-sharpened with a cutting stone, and its telescoping handles adjust from 27 inches all the way up to 40 inches for those times you need to really reach to cut away a branch. The loppers feature compound action for double the cutting force, and the T-MAI is designed for use on dead, brittle branches. 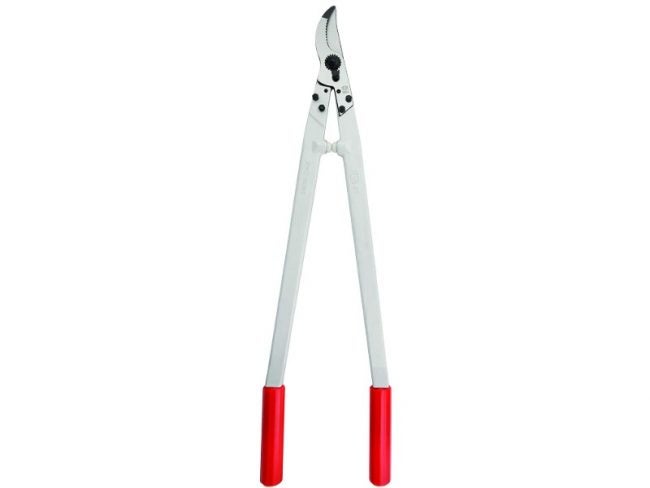 The non-slip aluminum handles on the manual-mechanism FELCO Pruning Loppers angle inward slightly, allowing users to exert cutting force while maintaining a more comfortable arm position. These anvil loppers are relatively lightweight, just 2.48 pounds, and they measure 24.8 inches long, making them suitable for all-around pruning chores. The cutting blade is made from high-quality carbon steel that you can re-sharpen as needed.

14 Plants That Thrive Even When Temperatures Rise

15 Plants Never to Grow in Your Yard

Without a Stitch: 10 No-Sew Projects to Dress Up Any Room

6 Creative Things You Can DIY with Concrete