If you’re looking to bring more light and air into a room, consider a bay or bow window. Both are angled to project out from the house, creating the illusion of a larger room.

Listen to BOB VILA ON BAY AND BOW WINDOWS or read the text below: 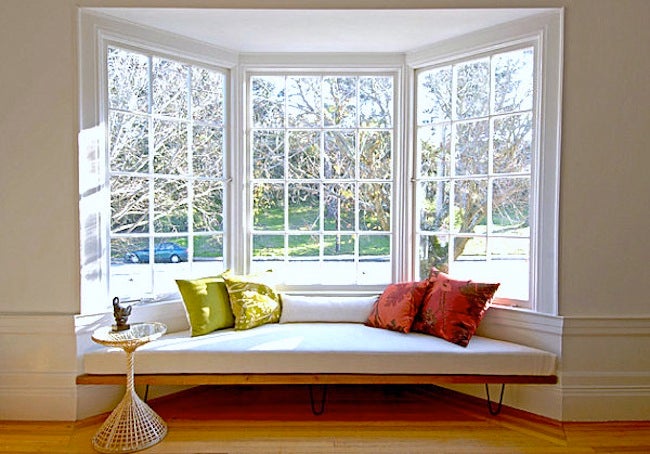 A bay window is a set of three windows, usually with a large picture window in the center flanked by two smaller ones that open to allow in air. A bay window can fit into a relatively small area, so if you have two double-hung windows side by side, you can probably replace them with a bay window. A bay window also creates a deep interior space that can be used as a window seat.

A bow window unit may have from four to six individual windows, set at angles that are less sharp than a bay window’s, creating a gentler curved look. It requires more width and creates less interior space for a window seat, but it lets in more light than a bay and its overall effect is to make any room seem much larger.  Remember that if you’re replacing flat windows with a bay or bow, you’ll need a new roof above them!

How Much Do Pella Windows Cost?

How Much Does Window Replacement Cost?

What Are Window Prices?