3 Things to Look For in Replacement Windows

If window replacement is in your future, it's time to read up on the latest in available features and materials. 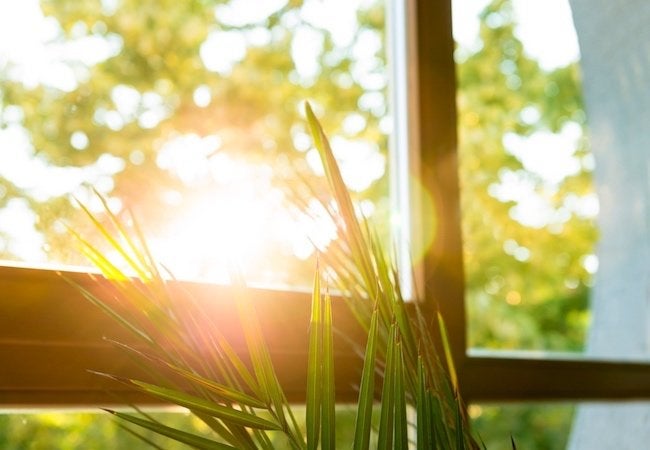 Of all the components that go into residential construction, windows stand out as one of the few that heavily influence both the look of the home and its performance. But while windows are visible indoors and out, playing roles in interior design as well as outward curb appeal, people rarely install new windows for aesthetic reasons alone. Typically, says Jim Eldredge, a product manager with Sears Home Services, window-shopping homeowners are driven by practical concerns that include energy efficiency, maintenance, and security. If for any reason you’re now in the planning stages of a window replacement project, “your timing couldn’t be better,” Eldredge adds, noting that in recent years, window design and manufacturing have advanced by leaps and bounds. Today, the best windows boast an unprecedented degree of sophistication and offer a host of compelling new features. Some are minor—nice to have but nonessential. According to Eldredge, however, there are at least three features that are “worth it to insist on.” Read on to learn which are the most pivotal, and why.

“A good window is a poor wall”—that old saying goes back to the days when wood-framed, single-paned windows couldn’t compete with the thermal resistance of an insulated exterior wall. “That’s changing,” says Eldredge. There’s still no such thing as a perfect window, but many now boast best-ever efficiency. If you’re pursuing window replacement in an effort to conserve energy and control utility costs, Eldredge recommends “focusing only on windows with Energy Star certification,” like the Weatherbeater line installed by Sears Home Services. Weatherbeater windows are double-paned for added insulation, and argon, a denser-than-air gas injected in between the panes insulates even further. Another secret to the efficiency of modern windows: the use of a transparent, micro-thin layer of metal oxide, known as low-e coating. In the summer, low-e works to limit solar heat gain, while in winter, it prevents heat from escaping. Year-round, low-e protects rugs, upholstered furniture, and artwork from fading under the effects of ultraviolet sunlight. “It’s like sunscreen for your house,” Eldredge concludes.

If they’re going to look great and perform well over the long term, windows require care. How much? That “depends a lot on the material composition of the frame,” Eldredge says. Wood, though beautiful, demands the most attention. Aluminum stands up comparatively well to the rigors of year-round exposure, but it falls short in other ways. For example, as it’s an extraordinarily effective conductor of heat, aluminum usually makes for a poor insulator. Vinyl manages to combine the best of both worlds—the look of wood and the durability of aluminum. It’s perhaps no surprise that, as Eldredge points out, “vinyl windows are increasingly the go-to choice.” A popular option from Sears Home Services, Weatherbeater vinyl windows require little more than occasional cleaning. Of course, nobody likes cleaning windows, but some—Weatherbeater included—facilitate the dreaded chore with tilt-in sashes that provide easy access to the exterior glass. Once you eliminate what was always the trickiest part of doing it the old-fashioned way, “window-cleaning gets a whole lot easier,” Eldredge says.

You may live in an area where break-ins are rare, but it’s comforting to know your home can defend against would-be intruders, if necessary. “The trouble is that not every homeowner feels that way,” Eldredge says. Perhaps as a consequence, many customers who decide on window replacement do so for a simple reason—”they want to feel safer,” Eldredge says. In assessing the safety and security features of any given replacement window, “start with the hardware, including the locking mechanism,” Eldredge says, “but don’t ignore the glass.” Some types of glass are tougher than others. Upon impact, a traditional window shatters all too easily, leaving a gaping hole. But thanks to an interlayer of polyvinyl butyral (PVB), security glass boasts enhanced strength. You may need to ask for it; security glass typically doesn’t come standard. For example, among the window offerings from Sears Home Services, only the Weatherbeater Max line includes security glass. But while it may not be the right choice for everyone, there’s good reason to consider it if you’re concerned about crime or windblown debris in a storm.

Many pursue window replacement only once, if at all, in their tenure as homeowner. Unfamiliar territory for most, window replacement tends to provoke no small amount of anxiety. It’s a significant undertaking, both in terms of scope and consequences, and there are significant costs involved—not least because for all but the most ambitious do-it-yourselfers, the project entails hiring a pro. You can start by soliciting estimates from reputable contractors in your area—it’s never too early. Or, to explore your options further, you can go online now to schedule a free in-home consultation with Sears Home Services. Operating nationally, with a decades-long track record of success, Sears matches you with an expert coordinator, ready to walk you through the entire process, from the earliest stage of selecting a window to the final installation. Best of all, unlike local outfits, Sears provides a Satisfaction Guarantee. When you’re dealing with a component of your home as critical as its windows, it means a lot to work with a trusted brand. As Eldredge puts it, “There’s nothing like peace of mind.”

This article has been brought to you by Sears Home Services. Its facts and opinions are those of BobVila.com.

The Window, Reinvented: 6 Features That Changed Everything

7 Tips for Measuring for Replacement Windows