Get ready for longer allergy seasons. 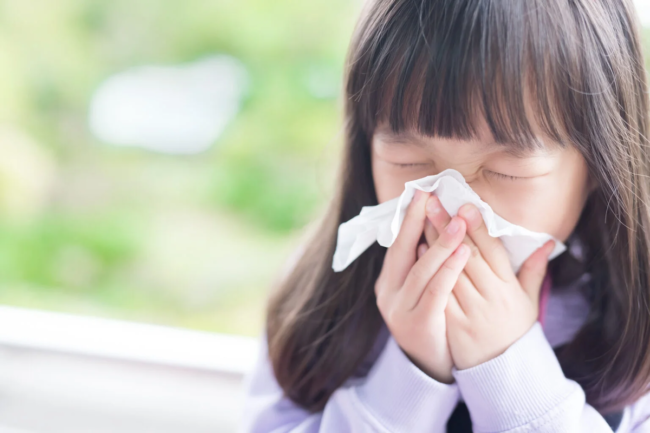 The spring allergy season may kick off earlier and last several weeks longer by the end of the century thanks to climate change, a new analysis suggests.

Scientists at the University of Michigan used computer models to simulate how changing weather conditions and carbon dioxide levels will affect pollen emissions for common trees, weeds, and grasses across the United States. They found that the timing and duration of the spring and fall pollen seasons will shift by the end of the century, leading to substantial increases in the amount of pollen unleashed annually.

The findings suggest that longer and more prolific pollen seasons in the country will aggravate asthma and hay fever, which currently plagues an estimated 10 to 30 percent of the world’s population, the team reported on March 15 in Nature Communications.

“This study can be a starting point for future investigations into the consequences of climate change on pollen emissions and also the subsequent health impacts,” says Yingxiao Zhang, an atmospheric scientist who coauthored the paper.

Previous studies have indicated that pollen seasons are sensitive to climate change. However, these observations tend to be limited to small areas, span short periods of time, or include only a few plant species. “We don’t have a ton of pollen data within the United States,” says Allison Steiner, the paper’s other coauthor.

Related on Popular Science: How to take seasonal allergy medications the right way

To shed more light on what we can expect from future allergy seasons, she and Zhang investigated when, where, and how much pollen will be released over the continental United States. “This kind of information could potentially inform allergy sufferers in doing health and medication planning,” Steiner says.

The researchers used a computer model developed by the American Academy of Allergy, Asthma and Immunology to simulate emissions from 13 of the most common groups of pollen-producing plants in the US under two greenhouse gas emissions scenarios. The team compared their projections for the period from 2081 to 2100 with historical observations from 1995 to 2014.

The team found that warmer temperatures could shift the start of spring pollen season between 10 to 40 days earlier and the summer-to-fall pollen season for weeds and grasses five to 15 days later. Under a scenario in which greenhouse gas emissions continue unabated, pollen seasons will last up to 19 days longer, while a more moderate emissions scenario would lengthen the season by up to 10 days.

Rising temperatures could also lead to 16 to 40 percent more pollen released annually. When the researchers included the potential effects of carbon dioxide, which may increase dramatically later this century, annual pollen emissions more than doubled. However, information about how this gas influences pollen production is relatively sparse and mainly comes from laboratory experiments on small numbers of plants.

“Temperature plays a main role for the pollen season change; it kind of extends the flowering season,” Zhang says. And more blooming means more pollen. “Currently we are thinking that carbon dioxide might become very important in the future, but it’s very uncertain.”

Related on Popular Science: North Carolina’s ‘Pollenpocalypse’ is nothing to sneeze at—but you will anyway

She and Steiner also examined how botanical communities might change as global warming renders different areas more or less hospitable to plants such as ragweed and oak. They concluded that these shifts in vegetation cover may worsen pollen seasons in some areas but they will probably have a smaller impact than temperature or carbon dioxide.

“In general the northern latitudes tend to see more warming, and so we see the bigger [pollen season] advances in those latitudes,” Steiner says.
In the future, the estimates she and Zhang developed could be improved by gathering more information about how climatic variables such as carbon dioxide and droughts impact pollen-producing plants, she says.

Another key question is how carbon dioxide and temperature could cause flowers to produce pollen that humans are more sensitive to, says Lewis Ziska, an associate professor of environmental health sciences at the Columbia University Irving Medical Center who wasn’t involved with the research. There’s some evidence that increasing carbon dioxide levels can alter the proteins on the surface of pollen grains in ways that make them more potent allergens.

Still, the new findings are “very consistent” with what Ziska and his colleagues have observed with atmospheric conditions and pollen production.

“They’re an important confirmation, particularly in the context of future climate,” he says. “They provide a very granular assessment of the scope of the change with respect to plant-based allergies.”

Although many uncertainties remain about how future allergy seasons will play out under climate change, Steiner says, all the evidence indicates that we can expect significant changes in the timing and intensity of pollen production.

“We do still have control over the trajectory of what happens by 2100, and cutting emissions is going to be a key factor in reducing carbon dioxide concentrations and potentially mitigating some of this influence on pollen,” she says.

This article was originally published on Popular Science.

Here's How Often To Replace Air Filters In Your Home