Solved! The Great Debate on Using Salt to Kill Weeds

Instead of reaching for a chemical herbicide, some gardeners opt for this cupboard staple to destroy weeds in their garden. Is using salt to kill weeds a good idea? 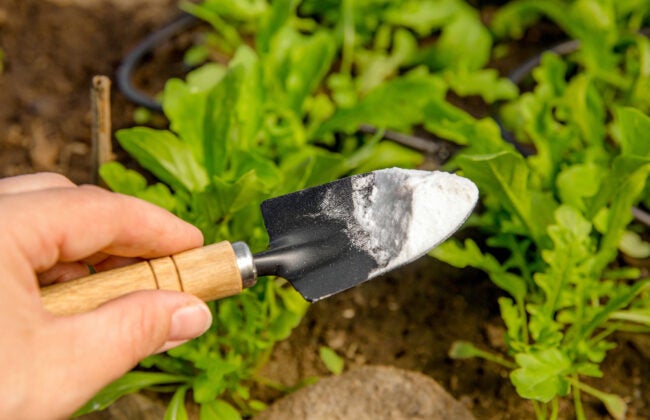 Q: I want an environmentally friendly garden and yard, but weeds keep popping up. I’ve heard of others using salt as a weed killer. Does salt kill weeds, and if so, what do I need to know about using it on my property?

A: Using salt to kill weeds has been a topic of debate among gardeners for a long time. The fact is that there isn’t a simple answer to this question. Does salt kill weeds? It absolutely does, but using salt as a weed killer is not the right move for every gardener—in some instances, it can do more harm than good.

Before you stock up on sodium chloride, make sure you understand how salt works to kill weeds, when and where to use it, and how to apply it to get the best results.

Weeds taking over your lawn?
Get free, no-commitment project estimates from lawn-care companies near you.
Find a Pro

Salt kills weeds by dehydrating them.

Table salt comes in the form of sodium chloride. Sodium is a toxic metal ion that effectively kills plants, and it dissolves easily in water. When saltwater is applied to weeds, the dissolved sodium moves through the soil and is absorbed by plants’ roots.

Just as too much sodium isn’t healthy for people, it’s not great for plants either. High sodium levels disrupt the internal water balance of plant cells, creating a nutrient deficiency. It takes up to 10 days for a plant to fully absorb salt, and over this time, the salt’s effects burn the leaves. Its use can make a weed to die back because the plant isn’t getting the water it needs.

You’ll have the best luck killing smaller weeds with salt; it’s less effective with larger invaders, such as brambles or ivy.

Salt can be used as a nontoxic herbicide for killing weeds.

Getting weeds out of the yard and garden is easy with a chemical herbicide, but products like these can be costly and dangerous. Exposure to chemical products through skin contact, inhalation, or ingestion can create numerous health hazards for humans and animals. The chemicals also have a negative impact on the environment.

Some gardeners opt to use salt as a nontoxic herbicide, since the substance is natural and unlikely to cause harm to people and pets. As a weed killer, salt works quickly and suppresses regrowth while being an inexpensive, safer herbicide option. Additionally, salt can be used near edible crops without the risk of chemical drift or residue coming into contact with backyard produce.

Using salt to kill weeds can potentially make the ground infertile for years.

Historically, “salting the earth” was a wartime practice of intentionally destroying land used for growing crops, which illustrates why some gardeners are opposed to using salt in the garden. Salt is nonexclusive—it kills the plants you want to keep along with the weeds you want to remove.

The amount of salt used to kill weeds can ruin soil’s pH balance. Sodium destroys soil structure by stealing water from plants, causing their roots to dry out and resulting in poor growth or no growth at all. Sodium ions do not break down, so they can be washed away by rainfall or irrigation to areas of your yard with healthy plants, causing them to die off, as well.

Tackling a large section of weeds requires a lot of salt, and too much salt can cause soil to become infertile. It can take several years for the sodium to drain away enough for something to grow in that spot again.

RELATED: Watch Out for These 9 Types of Lawn Weeds

If you’re looking for an effective salt weed killer, not all types of salt are created equal. What you need is sodium chloride, since this is the ingredient that actually kills the weeds. Sodium is a mineral that’s toxic to plants in high quantities, and which causes plant tissues to dry out and affect their ability to take in moisture.

Table salt and rock salt are both sodium chloride, with different purification qualities but essentially the same sodium content. Be aware that when using these types of salts, they will kill the weeds currently in an area of your yard or garden, but they will also kill the next thing you plant in that spot, even long after the weed is gone.

What if you’re out of table or rock salt? Does Epsom salt kill weeds? Not usually. Epsom salts are actually made of magnesium sulfate, making these crystallized minerals relatively ineffective when it comes to ridding your yard of weeds—unless you use an obscene amount, in which case you can remove an entire tree stump.

Tired of seeing weeds in your yard?
A lawn-care professional can help. Get free, no-commitment project estimates from pros near you.
Find a Pro

Start with a weak mixture and apply your salt weed killer in areas where soil health is not an issue.

Using salt to kill weeds works best for small-scale gardening, as it limits the area that can be affected by sodium. As mentioned above, these ions don’t break down, so they will keep affecting soil conditions until they eventually wash away.

Thankfully, there’s no real safety issue for gardeners using salt to kill weeds. Mix a ratio of three parts water to one part salt, and apply it to the base of the offending weed using a funnel. You can increase the amount of salt incrementally each day until you start seeing the effects of salt on the target plant.

Putting salt into garden beds or lawns can create barren areas for years, and affect any surrounding vegetation too. Instead, we advise gardeners using salt as a weed killer to apply it in areas where the long-term health of the soil is not as important as it is in growing areas. For example, it can be effective at addressing weeds in driveway cracks, gravel pads or walkways, on patios, between pavers, and other home spaces where other plants do not need to grow. In these areas, you can be more aggressive, using a ratio of three parts salt to one part water.

Manual tools are the best option for eco-friendly weeding.

Salt is an effective way to get rid of weeds, but it’s not the best idea for treating weeds in the garden where you want future plants to grow. Many invasive species can be controlled with the right manual tool and little elbow grease. A reliable hand tool, like the Ganchun Hand Weeder, can be purchased on Amazon for less than $15.

Though this option takes longer and requires a bit of sweat to rid your yard of weeds, hand tools prevent weeds from growing back as quickly when the plants are pulled out by the root. It’s not as easy as spraying herbicide, but it’s healthier for you and your backyard ecosystem.

RELATED: Quackgrass vs. Crabgrass: Which Notorious Weed Is Invading Your Lawn?

Need a hand?
Some jobs are better left to the pros. Receive free, no-commitment estimate from licensed lawn service professionals near you.
Find Pros Now

The Best Dandelion Killers of 2022
Advertisement

How to Make Weed Killer: 6 Methods That are Both Natural and Effe...

The Best Organic Weed Killers of 2022

The Best Brush Killers of 2022

Composting 101: How to Put Kitchen and Yard Waste to Work in Your...