By Jennifer Noonan and Bob Vila 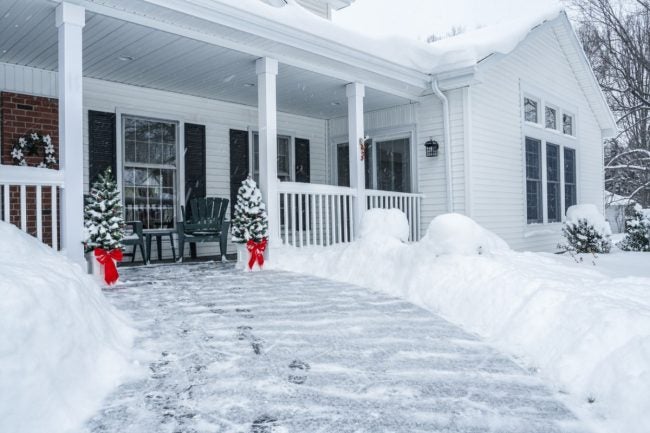 When I lived in a New York City apartment building, I never thought about shoveling snow. We had a wonderful superintendent who kept our little section of sidewalk cleaner than any other on the block.

Now that we’ve moved to the ‘burbs, we’re responsible for our own walkway, not to mention our driveway and steps. The Farmer’s Almanac is calling for a doozy of a winter this year, so we thought it’d be wise to stock up on some winter maintenance essentials now, before it gets any colder—and ahem, snowier.

RELATED: 10 Surprising Tips and Tricks for Dealing with Ice and Snow

But besides our snowblower and snow shovels, what do we need? For the average homeowner, rock salt and sand are the most attainable options. But what’s the difference? Which should we use? 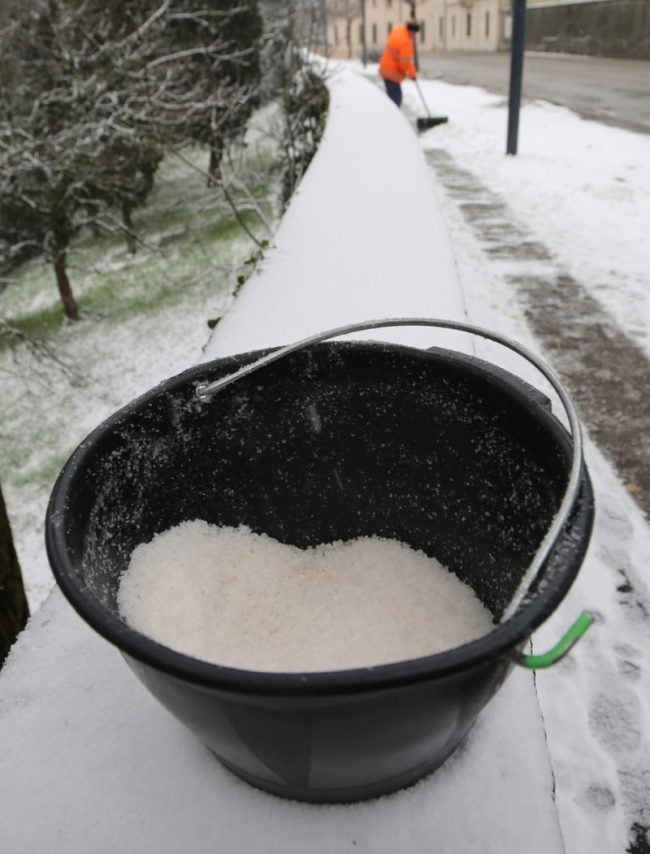 When to Use Driveway Salt

Rock salt, the mineral form of sodium chloride (table salt), forms in large chunky crystals and is mined from underground deposits. Salt lowers the freezing point of water, so it has traditionally been spread on roads to keep them from getting icy, or to help melt away ice that has already formed.

It works in temperatures above 12 degrees Fahrenheit and is an inexpensive option for the task. But it can be very harsh on grass and shrubs and can eat away at concrete and steel. There are also concerns about the impact of salty runoff on the environment, so many municipalities have turned to other materials for snow management.

For homeowners using much smaller quantities on a less frequent basis, large bags of rock salt are readily available at hardware and grocery stores in the winter months. You can even buy it on Amazon. 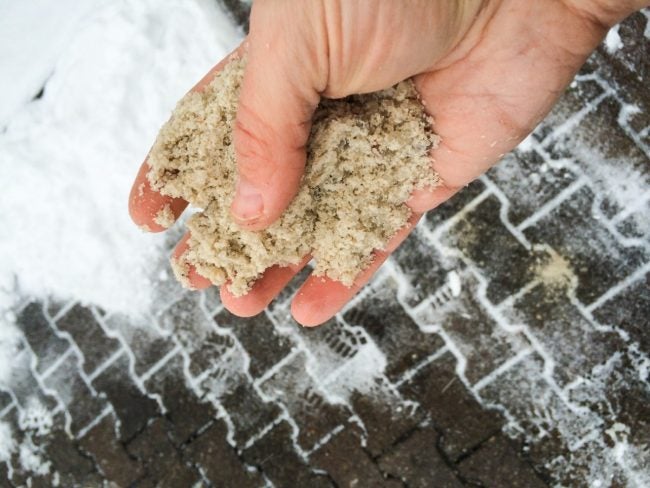 When to Use Sand on Icy Driveways

Whereas rock salt melts ice, sand does not. Sand, because it is an abrasive material, is applied to icy roads to provide traction. It can capably create traction on ice at any temperature, whereas rock salt is not effective in extreme cold. But sand is only effective if it is on the surface of the ice. If it gets buried under snow, it needs to be reapplied.

Excessive amounts of sand can collect into drains and drainage areas, so cleanup of sand after storms is important or you can have problems come spring. For homeowners who want to go with sand to help manage ice on their walks and drives, use sandbox sand (readily available at home centers and online via sellers like The Home Depot) as opposed to mason’s sand, which is too fine.

Other abrasive materials like kitty litter, sawdust, or wood ashes can be used to create traction on icy walkways if sand is not available.

Of course, the best solution to preventing ice buildup is to keep the snow off your drive or walkway so that it won’t compact and freeze. Shovel or snowblow early and often. See you on the other side of winter.

Let It Go: 14 Things to Trash Without Thinking Twice

6 Types of Cabinets to Consider in Your Kitchen Reno

10 Novel DIYs for a Better Bookshelf

10 Easy Repairs Never to Pay Someone Else For