Thanks to high-velocity mini-duct systems, vintage and custom home owners no longer need to sacrifice space or architectural features in order to enjoy central air conditioning. Innovators like Unico have made HVAC unobtrusive and all but invisible. 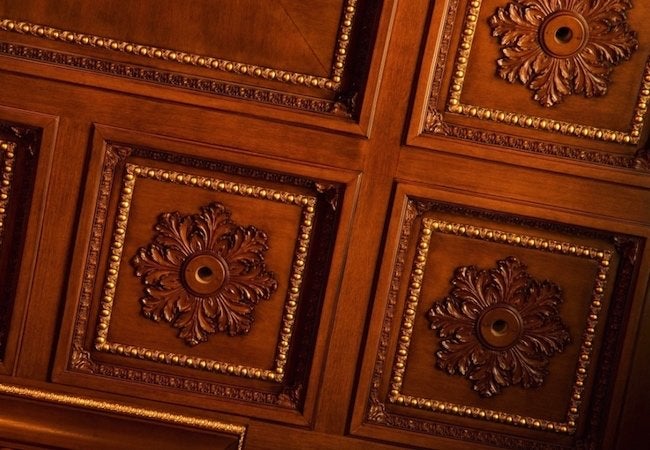 Whether you own an old house or would like to build a new one, you’ve likely asked yourself a hard-to-answer question: Is it more important to preserve architectural integrity or to stay cool through the summer months? For decades, traditional central air-conditioning systems forced homeowners to choose either comfort or aesthetics. That’s because the ductwork that would deliver the cool air had to be coaxed into the structure somehow, upsetting the design. Now, thanks to innovators like Unico System, you no longer have to make that hard choice. Finally, you can enjoy invisible cooling while preserving the look of your historical or new custom home. So if you ever discounted air conditioning, it’s time to reassess things: A high-velocity mini-duct system may be the ideal solution for your home.

Small Ducts
Whereas full-size ductwork demands such accommodations as added soffits, drop ceilings, and chases run through closets, Unico HVAC relies on flexible round ducts that are only a few inches in diameter. These mini ducts easily slide in behind walls and snake between joists, which means they stay permanently out of sight and do not require that you alter the design of your home in any significant way. Meanwhile, Unico air handlers are much more compact than average models and can be tucked into tight existing spaces, without stealing square footage from your living areas.

Quiet Operation
Traditional central AC systems work to cool down home interiors, but in solving the one problem, they typically create a new issue—noise. Unico systems are different; they are designed to operate as quietly as possible. On the one hand, their small ducts feature an exterior layer of sound-attenuating insulation, which virtually eliminates the noise created by the high-velocity rush of air within. On the other hand, Unico air handlers are comprised of components that likewise include decibel-dampening insulation. You can’t see the Unico system at work—and you can’t hear it, either.

Energy Efficiency
It’s important to note that the insulation ensuring quiet operation plays an additional, equally important role—it keeps air leaks to an absolute minimum. Particularly when traveling through uninsulated space, traditional ductwork loses enough energy to hinder overall efficiency by around 25 percent. With Unico, in contrast, you can achieve zero percent leakage due to its insulated ducts. That means you’re not wasting energy dollars, and you get the cooling you pay for.

Besides duct leakage, another factor influencing air conditioner efficiency is how well (or poorly) a given system deals with humidity. Thanks to high-tech cooling coils, Unico HVAC systems are 30 percent better than others at removing moisture from the air. Lower humidity doesn’t only translate to a higher level of comfort. It also means that you can set the thermostat a few degrees higher than you normally would. With each thermostat degree representing three percent energy savings, the ability of Unico to lower humidity means that from month to month, it’s less expensive to operate.

Even Cooling
When a conventional air conditioner blasts cool air into a room, uneven temperatures tend to result. In one part of the room, you may feel completely comfortable, while in another part of the room, you may feel beads of sweat on your skin. Unico sidesteps the common problem of striation by leveraging the principle of aspiration. Here, cool air enters the conditioned space in such a way that it draws the ambient air into its stream. What results is a draft-free environment with a wholly consistent temperature. In a house cooled by Unico, the temperature remains steady from room to room and from one level of the house to another.

Unobtrusive Vents
Unico places heavy emphasis on its outlets being hardly noticeable. Smaller than traditional vents, and with no unsightly grillwork, Unico outlets can be installed anywhere—on walls, ceilings, or floors—wherever would be least noticeable in the room. Further, Unico outlets can be painted or stained to match your decor perfectly. Indeed, from its broad concept down to its finishing details, Unico has been engineered to deliver comfortable cooling as invisibly as possible.

4 Considerations for Choosing and Installing a High-Velocity HVAC...

Solved! What to Do If Your Air Conditioner is Not Cooling Your Space

Need a New AC? 5 Top Factors for Sizing Up Your Needs

How the Historic Hemingway Home Beats the Florida Heat and Humidity