How Much Do You Tip Movers?

Enlisting the help of a moving company for your upcoming relocation? Find how much to tip the movers for hauling your prized possessions to your new house or apartment. 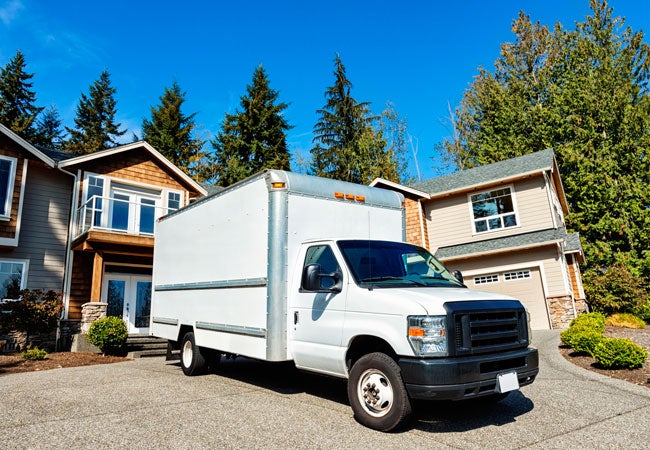 Q: My wife and I are moving to our first house next week and were told that the move would take a full day. Will the movers expect a tip on moving day, and if so, how much do you tip movers?

A: Tipping movers is optional, but most homeowners adhere to the customary practice. After all, relocating heavy belongings can be back-breaking work, and professional movers help eliminate the risk of personal injury and property damage. A general guideline is to tip $10 minimum per mover for a half-day (four hours) of service, or $20 for a full-day (eight hours) of service. Of course, most homeowners adjust this tip based on the quality of service, relocation distance, and difficulty of the move. They may also forgo the practice in scenarios when tipping is not customary. Read on to learn about which factors affect how much to tip movers after a haul.

The question isn’t always, “How much do you tip movers?” but rather, “Do we tip the movers?” Before moving day, call the company to verify that it accepts tips. If their policy prevents tipping, consider showing gratitude by supplying food or non-alcoholic refreshments to your moving crew instead; this is particularly welcome when a move falls on a hot day or overlaps meal times. You can also skip tipping if gratuity was included in the moving cost—a practice adopted by some moving companies for long-distance moves. Finally, tipping is unnecessary if the process was excessively delayed, your property or belongings were damaged, or you otherwise received poor service.

Moving?
Find the right movers for your belongings. Get free, no-commitment project estimates from companies near you.
Find Movers

Budget for a larger tip.

In the case of a job well done, you might extend more than the $10/$20 tipping guideline mentioned above to reward the movers who greatly exceed your expectations. Say, for example, that one mover completed a two-man job on schedule; you may want to adjust the minimum tip to $15 to $20 per four-hour interval to reward him for doing double duty. Other scenarios that call for an increased tip include completing a move well in advance of the quoted schedule and agreeing to disassemble or reassemble furniture.

Decrease the tip for sub-par service.

Sometimes a relocation may be successful, but the homeowner is displeased with certain aspects of the service (poor communication, late arrival without explanation, aggressive handling of delicate items, etc.). In this case, unsatisfied customers can offer a tip below the stated guideline.

Heavy possessions like pianos or armoires—as well as architectural obstacles such as steep property lots, narrow or winding staircases, or multiple flights of stairs—can make your move significantly more taxing for movers. If the crew must take on extremely labor-intensive work, consider providing an extra incentive by adjusting your tip to anywhere between $20 to $50 per mover per four-hour interval. Follow the same guideline if movers must enlist special equipment, like cranes or furniture lifts, to get the job done.

If making a long-distance move, tip the crews involved with both loading and unloading.

When making a local move (less than 50 to 100 miles), the same crew will likely load and unload your belongings. Long-distance moves, on the other hand, are often handled by multiple crews: one for loading your belongings at the originating address and another for unloading items at the destination address. In this case, homeowners should tip both the loading and unloading crews separately, relying on the same $10/$20 guideline.

Give each mover a separate tip.

After relocation is complete, stuff the cash tip for each mover into a separate envelope, and pass them out individually. Avoid paying a lump sum to the foreman (moving crew supervisor) to be divided up. Tipping each mover individually will ensure that your money gets to its intended recipient immediately upon completion of the work. Also, while it’s customary to tip each mover the same amount, you can give a higher gratuity to anyone who performs superior service.

10 Things Your Realtor Wishes You Knew About Selling Your House

How Much Does It Cost to Move?
Advertisement

12 Reasons Your Home Isn't Worth as Much as You Think

These 11 Repairs Aren't Worth Your Time or Money