This heavy-duty soap removes dirt, oil, paint, and some adhesives while leaving your hands soft. 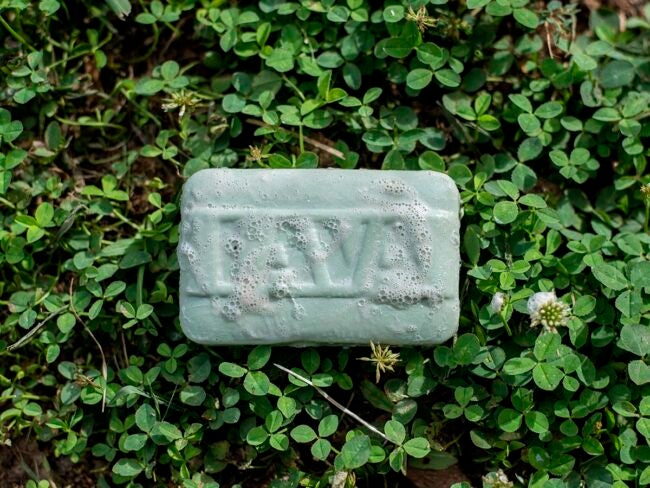 When you’re a gardener and avid DIYer, having dirty hands on occasion is to be expected. However, I dislike using harsh chemicals to remove oil or other tough dirt from my hands. For years, my husband has kept Lava soap on hand. I’ve seen him use it to clean his hands after working on lawn equipment and doing yard work.

I always assumed it worked but that it left hands feeling like sandpaper. One day, I forgot to wear gloves while using spray paint and decided to test out Lava soap. Surprisingly, it removed the paint and left my hands soft—I was hooked!

Lava soap is a popular cleaning product used by mechanics, machinists, and anyone who needs to remove tough dirt and grime from their hands. This cleaner removes dirt, oil, paint, and some adhesives while leaving hands soft. The product is a pumice soap designed to exfoliate the skin, helping to remove tough grease and grime. It’s an excellent soap to keep on hand if you do any DIY projects around the house.

Lava Soap: At a Glance

Get Lava soap at:

What Is Lava Soap?

Lava soap is a heavy-duty hand cleaner manufactured by the WD-40 Company. The soap was originally developed in 1893 and was mainly used by oil rig workers. Lava soap is popular among mechanics, DIYers, professionals, hobbyists, and gardeners.

The cleanser contains ground pumice, which gave the soap its name. Pumice is a natural byproduct of volcanic activity, and Lava soap combines this substance with other hand cleaning agents that gently scrub grease and exfoliate the skin.

The soap and pumice combination is intended to scour tar, engine grease, paint, dirt, grime, and filth from skin while leaving it soft and moisturized. According to the company, the soap is formulated to remove the following substances from the skin:

Here’s a fun fact: The Latin verb lavare means “to wash.” I always remember that verb because of Lava soap.

Lava soap is formulated to clean grease and other oil-based products by gentle exfoliation. It does also contain other detergent ingredients such as glycerin that allows the soap to wash away the debris lifted by the exfoliation process. Although the soap will work on basic dirt applications, it really shines when it faces oil-based grime.

I particularly think it’s great for removing paint and adhesives from the skin. Recently, I had the misfortune of getting super glue on my skin. After allowing the glue to dry first, I used Lava soap to scrub away the glue from my hands. It took several passes, but it eventually removed the dry glue from my hands without damaging my skin. I have used Lava soap multiple times to remove latex- and oil-based paint from my hands, and it always works like a charm.

Should You Buy Lava Soap?

Although other pumice hand cleaners are available, I like Lava soap the best because it’s inexpensive, easy to use, and a little goes a long way. In my house, a single Lava soap bar can last up to a year with average use.

The soap easily removes tough dirt and grease debris without harming the skin. I have used it to remove all types of substances but mostly use it to clean my hands after gardening. Although it doesn’t have a refreshing scent, I do not find it unpleasant. The scent is nondescript and very mild. As a bonus, the soap does an excellent job of exfoliating the soles and heels of feet! It’s worth getting an extra bar to keep your feet in shape.

Where to Buy Lava Soap

Lava soap is available at most retailers that sell home improvement supplies.

Get Lava soap at: