Don’t Run Your Boiler Without This One Key Component

If your steam or hot-water heating system unexpectedly runs low on water, don't let a bad situation get worse. Make sure your boiler, home, and family are kept safe from harm with this indispensable device. 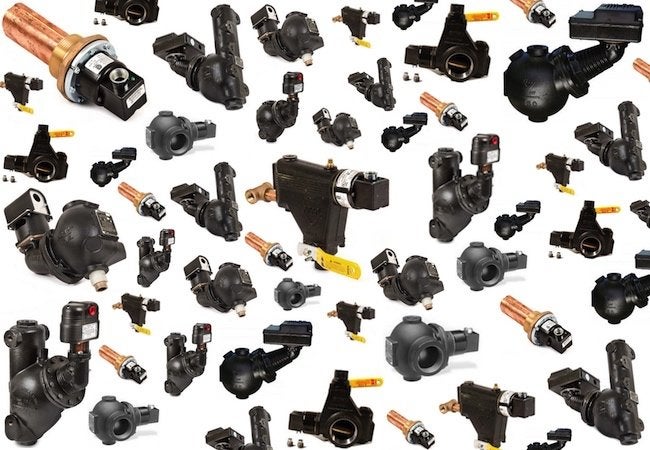 The average homeowner rarely gives the boiler a second thought—until there’s a problem. Fortunately, as the engine that drives a steam or hot-water heating system, boilers generally deliver safe, reliable performance. But they’re not problem-free. On the contrary, boilers are prone to a range of issues. The most serious boiler failure also happens to be the most common, according to the National Board of Boiler and Pressure Vessel Inspectors. It’s a condition known as “dry firing,” and its consequences can be not only damaging but dangerous. In fact, dry firing “can turn your boiler into a ticking time bomb,” says Daniel O’Brian, a technical specialist with SupplyHouse.com.

Of course, steam and hot-water heating systems are complex in design, but dry firing typically stems from a simple cause—a burst pipe, for example, or a loose fitting. Because boilers require a sufficient volume of water to operate as designed, any interruption in the flow of water to the unit results in overheating. Making matters worse is that without water, a boiler cannot do its job to heat the home. So, unaware of the low-water condition in the boiler, a chilly homeowner might turn up the thermostat, causing the appliance to get even hotter. If the dry firing continues, it can irreversibly damage the boiler, or worse, it can cause the boiler to become a volatile hazard.

It’s important to note that not every boiler runs the risk of overheating to the point where it can harm itself, the home it’s supposed to heat, or the people who live there. Boilers can be protected by a simple, inexpensive low-water cutoff (LWCO). An LWCO device actively monitors the water level in the boiler, then cuts power and shuts down the system if the level drops below a safety threshold. Experts view the feature as virtually standard. “In the same way that you wouldn’t buy a car without a seat belt,” says O’Brian, “you shouldn’t run a steam or hydronic heating system without a low-water cutoff.” He continues, “If your boiler doesn’t include an LWCO, think seriously about adding one.”

There are two main types of low-water cutoff devices. One, called a “floating” LWCO, features a buoyant ball that rises and falls with the level of the water. If the water gets down to a precariously low level, the device cuts power to the boiler. The alternative, an electric model, monitors the water level by probing its conductivity and shuts off the system when the level gets too low. Both options are worthy of consideration, whether you have a steam or hot-water boiler. But that’s not to say all low-water cutoffs are interchangeable. One function in particular determines whether or not a given LWCO would be suitable for your boiler—the way in which the device resets once water returns to the boiler.

In a steam system, opt for a low-water cutoff with automatic reset. The reason? It’s not uncommon for water levels in a steam boiler to fluctuate in the normal course of operation. An LWCO may shut off the boiler if the water level drops too low, but once the level returns to a safe minimum, automatic reset allows the boiler to start back up again. In a hot-water boiler, on the other hand, a low-water condition is usually a sign that there’s a problem in need of attention. For that reason, the recommendation is to pair a hot-water boiler with a manual-reset LWCO. That way, homeowners are prompted to address the root cause of the interruption before they reactivate the boiler.

Ambitious do-it-yourselfers with plumbing experience may be able to install a low-water cutoff on their own, without the help of a pro, but for everyone else, O’Brian advises hiring a contractor. For help choosing the right device for your specific boiler and heating system, contact the experts at SupplyHouse.com—and don’t delay. After all, given that these devices can head off potentially calamitous consequences, low-water cutoffs may be, as O’Brian says, “the most important home safety feature that you’ve never heard of.” Until now.

Replacing Your Water Heater? Don't Overlook This One Key Factor

A Few Things to Consider When Installing a Radiant Heat System

All You Need to Know About Indirect Water Heaters

How To: Choose a New Boiler

Noisy Radiator? Here's How to Shush It