Most of us must to learn to live with the heating and cooling that a previous homeowner chose. But if you're building a home from the ground up, you get the rare opportunity to select that system that not only provides the year-round comfort you need, but also meets or exceeds your design and efficiency goals. Read on to learn more about the next generation of HVAC. 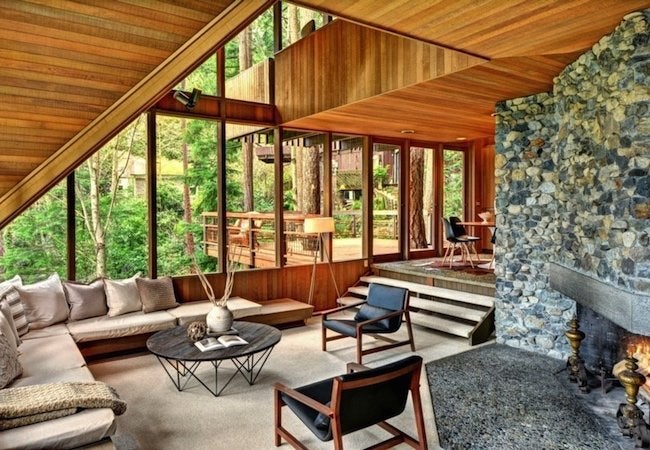 When you step into a beautiful custom-built home, nothing ruins the effect quite like the sights and sounds of a traditional HVAC system. In addition, due to the space-hogging bulk of their ductwork, run-of-the-mill climate control setups actually place limits on architectural and interior design possibilities. It’s true: More than you may realize, the appearance of any given home, inside and out, often depends at least to a degree on the type of heating and cooling components used.

If you’re working with a team of professionals to build your dream home from scratch, don’t make the mistake of leaving HVAC as an afterthought. Not all systems are created equal, and your choice really makes a difference, not only for comfort, but also for aesthetics. Plus, with rising energy costs, the efficiency of your HVAC must be considered too—for environmental reasons but also for your bottom line. With the right system, you can minimize your energy expenses, whereas with an inefficient choice, you’re more or less dooming yourself to pay a small fortune in bills each and every month. On the market today, surprisingly few HVAC options combine efficiency with an unobtrusive installation that allows for total design freedom. Perhaps the best of the bunch is the Unico System. Compact enough to stay out of sight—and out of the way of your builder or architect—Unico boasts silent, efficient operation, even while it delivers unparalleled comfort.

Less Is More
Picture the average air duct: It’s metal, rigid, and though sizes vary, HVAC ducts are often quite large in comparison to the room dimensions they service. It’s on account of their bulk that builders and remodelers often hide ducts in soffits, drop ceilings, chases and other special accommodations that steal square footage from other otherwise usable living space. If you specify the need for a first-floor bathroom, that will obviously influence the design and approach of your architect or builder. The same goes for conventional ductwork; it’s a factor that you’ve got to work around.

The Unico System places no such restrictions on home design, because its ducts are remarkably small, measuring only three-and-a-half or four inches in diameter. Not only are they mini, but they are also flexible. Capable of bending around impediments like studs and joists, these flexible mini ducts introduce versatility to heating and cooling. So whatever your design priorities, chances are that, along with the system’s small-scale air handler, Unico ducts can be configured in a way to make your design vision a reality. The same cannot be said for full-size ducts, which are rigid and inflexible.

Creative Outlets
Even where the ducts terminate in the conditioned space of the home, the Unico System always remains unobtrusive, thanks to its low-key, hardly noticeable outlet vents. Unlike conventional HVAC vents, with their unsightly grillwork, the Unico System comes with small, circular, discreet vents that can be installed wherever would be least conspicuous—on the ceiling, floor, or wall. Those outlets come in a wide of variety of styles, a broad enough spectrum of colors and visual textures to ensure a perfect match for the surrounding finishes in the room. Alternatively, outlets can be custom painted or stained precisely to suit your tastes. That’s a far cry from HVAC systems, which often force homeowners to make sacrifices in style to gain comfort. With Unico, you don’t need to make any sacrifices when it comes to aesthetics: Your home can look great and feel comfortable all at once.

Sound of Silence
Do you want peace and quiet in your dream home? Thought so. With Unico heating and cooling, as much as you don’t see evidence of the technology at work, you don’t hear much of it, either. Whereas conventional HVAC creates a considerable amount of background noise, the Unico System operates at a whisper-quiet level. That’s because the ducts feature an outer layer of sound-dampening insulation, and the air handler has been specially designed to keep noise transmission to a bare minimum. Let music, laughter, and conversation fill your home—not the roar of conventional heating and cooling components.

Efficient Performance
Most HVAC systems send blasts of air into the room, creating turbulent conditions in which one part of the space might be perfectly comfortable, while others would feel too warm or cool. The Unico System ensures even indoor temperatures by introducing conditioned air to the home in such a way that it draws the ambient air into its stream. The result? A draft-free dream home with consistent, uniform temperatures in every part of the room—top to bottom, wall to wall.

Best of all, though the Unico System provides unparalleled comfort, its efficient design means you won’t be paying an arm and leg to enjoy its performance. On the contrary, because its mini ducts are insulated, the Unico System sidesteps the main problem that takes away from the efficiency of conventional heating and cooling—that is, leaky ductwork. Believe it or not, leaky ducts can decrease the overall efficiency of a traditional system by as much as 50 percent. But with the insulated ducts that play a central role in the Unico System, there’s no wasted energy. In other words, you get precisely the climate control that you’re paying for.

A new offering from Unico, the iSeries outdoor heat pump (used for both heating and cooling), allows you to achieve even greater savings because of its high efficiency. The Seasonal Energy Efficiency Rating (SEER) of this unit ranges from 16.5 to 20, far exceeding traditional heat pumps.

In the summer, the Unico System further outpaces older technologies. With its advanced cooling coil, Unico proves 30 percent more adept at removing moisture from the air in the home. Of course, lower humidity translates to a higher degree of comfort, but it can also bring extra savings. How? It’s simple. Homes with low humidity feel cooler. For that reason, you can set the thermostat a few degrees higher than you normally would. With every degree you raise the target temperature, you conserve about three percent in terms of energy consumption. Capitalize on the opportunity, and savings are bound to add up from year to year.

What all this engineering adds up to is an invisible, whisper-quiet, efficient HVAC system that can save you significant energy costs. And if that’s not cool, what is?

A Premier HVAC Option Even Your Designer Can Love
Advertisement

This Winter, Stay Snug in EVERY Part of Your Home

Give Your Home the Gift of Year-Round Climate Control

5 Ways Purchasing a Zoned Comfort Solution Pays You Back

Now You See It, Now You Don’t: Designing Around Your HVAC