Why Is The Home Depot So Crowded? 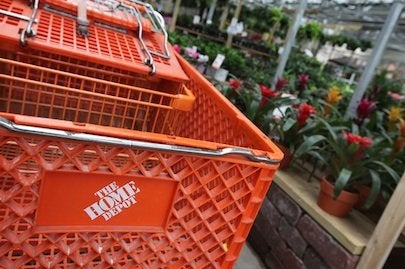 If you’re tackling a home improvement project this spring, you’re not the only one reinvesting sweat equity in your house. This is the DIY comeback year, according to an American Express survey released at the end of March. This year, 72% of American homeowners will be tackling home improvement projects—about even with last year. But as the spring get-it-done season ramps up, only 15% will be hiring contractors, a significant 25% drop from 2011.

That might be explained by the type of work that homeowners plan to shoulder for their $3,500 average annual project budget. Throughout the recession, homeowners hunkered down and concentrated on maintenance, according to the Harvard Joint Center for Housing Studies. Prompted by both tax incentives and the importance of maintaining the essential structure of their homes, owners put scarce dollars into windows, doors, roofs, and systems.

With the economy perking up, so is enthusiasm for long-delayed smaller projects (homeowners still aren’t sinking major bucks into whole-house remodels or major additions); top among them cosmetic touch-ups (37%), room makeovers (30%), and floor replacement (17%).

Properties that are well-maintained open the door for a prompt sale, because obvious TLC is one of those know-it-when-you-see-it factors that buyers pick up on immediately, according to a new survey from brokerage Coldwell Banker. About 61% of both men and women trust their intuition to identify the houses that are best for them—and 28% of women and 25% of men rely more on their feelings than on technical elements such as the square footage and price, according to the Coldwell Banker survey. It’s the absence of tell-tale signs like cracked windowpanes and a cobwebby furnace that reassures buyers that this property is worth consideration.

Americans kept their houses in good shape despite the recession. That they’re focusing now on finishes and landscaping is a grassroots indicator that the market is about to see a burst of new properties.