10 States With the Cheapest Home Prices

As housing prices have risen in major urban areas, Americans are looking at homes in more affordable markets. Where will you live next? 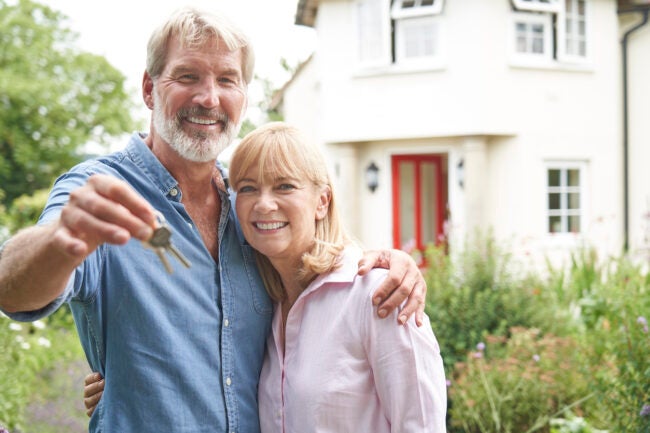 While recent reports from industry experts have predicted a recession in the housing market, prices in densely populated areas haven’t yet dropped significantly. This means potential home buyers are being forced to look outside major cities and even in other states to find affordable housing.

In fact, while the cost of living in some areas across the country has outpaced the national average for years, other pockets of the country are still surprisingly affordable. Particularly outside of urban areas, the cost of homes is much more attainable. Let’s look at the ten states—most largely rural—with the most affordable housing markets.

RELATED: This Is the Average Home Size in Every State

The tenth most affordable state in the country in terms of housing is Louisiana, which is known for its vibrant culture and year-round warm weather. In fact, 69.7 percent of Louisiana residents are homeowners. The average home price is $205,972, and the average home size is 1,786 square feet. Property taxes are low, at just 0.55 percent, meaning that the average homeowner pays just $1,133 in property taxes each year.

With lots of recreational activities and plenty of work opportunities, Ohio is a desirable state to live in for many, and it is quite affordable. An average home price of $199,959 will provide homeowners with a space that’s averages 1,620 square feet. It’s important to note that while homes may be affordable, property taxes in the state are high at 1.5 percent, so homeowners should anticipate paying an average of $3,159 in state property taxes annually.

RELATED: The Best Tiny Town in Every State

Those looking for a home in the midwest should consider buying in Kansas, which boasts an average home value of just $198,199. Like Ohio, Kansas has relatively high property tax rates at 1.41 percent, meaning the average homeowner pays $2,795 in property taxes each year. While the housing market in Kansas City is quite hot, potential buyers will find better deals when looking outside of the metropolitan area.

71.5 percent of Alabama residents own their homes, which is likely a result of the state’s housing affordability. To start with, homes are inexpensive, with the average home measuring 1800 square feet and costing $194,695. In addition to these low home costs, the property tax rate in the state is one of the lowest in the country at just 0.42 percent, resulting in homeowners paying an average of just $818 in property taxes every year.

Known for its beautiful farmlands, famous derby, and, of course, fried chicken, Kentucky has plenty to offer those who are looking to live between the country’s two coasts. With the average home valued at $188,439, it’s also the sixth most affordable state in the country. Kentucky’s effective state property tax rate is 0.86 percent, so those who own homes pay an average of $1,621 per year in property taxes. While deals may be harder to find in Louisville and Lexington, plenty of more-affordably priced homes are available in Kentucky’s smaller towns.

Iowa ranks in the top five states in the country when it comes to infrastructure, healthcare, and education, making it a desirable place to live. Homes, particularly in rural areas of the state, are inexpensive, with an average price of $183,418. However, most homes are also slightly smaller, at an average of 1,550 square feet. While property taxes are quite high at 1.56 percent, 75.7 percent of Iowa residents are able to own their homes.

Oklahoma has low crime rates, plenty of clean air, and moderate temperatures, and is one of the most affordable states in the country when it comes to the cost of living. The average cost of a home is $171,057, and property taxes are just 0.9 percent, making for an attainable housing market for many households.

Arkansas is also known as The Natural State because of its plentiful natural wonders and opportunities for outdoor adventures. The largely rural state has plenty of employment opportunities and a low cost of living, making it a great choice for young families. There’s also a welcoming arts scene. Homes cost an average of $169,867, and property taxes are just 0.63 percent—one of the lowest in the country.

RELATED: The 20 Friendliest Cities in America

Mississippi is one of the most important states in the country in terms of America’s musical history and also happens to be the second most affordable state for homebuyers. The average house is priced at just $157,828, which results in the second highest homeownership rate in the country at 74.8 percent.

Also known as The Mountain State, West Virginia is a destination for outdoor activities like hiking, skiing, whitewater rafting, and mountain biking. Thrill seekers will be pleased to learn that, due to its rural nature and low population density, West Virginia is the state where homebuyers will find the cheapest homes in the country. West Virginia homes cost an average of $129,103, which is significantly less than the national average of $428,700.

RELATED: These 30 Places Have the Worst Weather in America

These Are the Markets Where Home Prices Have Fallen the Most

The Best Cheap Moving Services of 2022