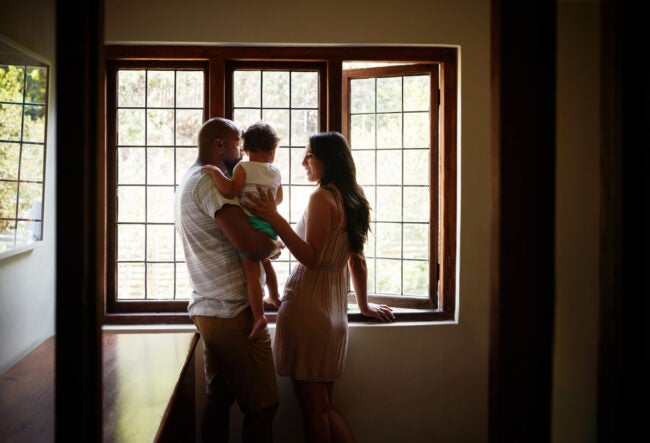 Thermal pane windows have become the standard for new construction and retrofits. In most situations, the windows excel at their job, offering improved insulation, reduced noise transfer, uniform interior temperatures, and a crisp, clear view of the world beyond.

On rare occasions, however, one or more glass panes in a thermal window will spontaneously shatter, creating a startling noise described as being similar to a gunshot and sending residents searching for an explanation. The catalyst isn’t always apparent, but rest assured, there’s a reason. Ahead, learn more about this peculiar occurrence, and discover ways to minimize the risk of window breakage.

Double- or triple-pane windows feature two or three panes of glass separated by a narrow space that’s either vacuum-sealed or filled with an inert gas, such as argon. The space between the panes serves as a layer of insulation to reduce heat transfer, so people inside the home are less likely to feel a chill when walking by a thermal window in winter.

These multipane windows also serve to reduce heat transfer on hot summer days, so AC units don’t have to work as hard to keep a house cool. For a multipane window to work effectively, the air space between the panes has to be entirely sealed—no leaks. That seal, however, creates pressure between the panes. That pressure, combined with any of the following triggers, can result in broken or shattered glass.

According to Pella, a well-known manufacturer of quality doors and windows, most thermal window cracks happen during spring and fall, when hot daytime temperatures are quite a bit hotter than low nighttime temps. Large temperature fluctuations over a relatively short period (a few hours) can put additional stress on the window. Glass, like other materials, will expand and contract slightly with temperature changes. When a thermal stress crack occurs, it will often be at a perpendicular angle. In some cases, there is a risk of the window shattering rather than just developing a crack. Breakage from thermal stress is more common in lower-quality windows, but even high-quality windows aren’t entirely immune.

Something as small as a tiny nick in the glass caused during installation will create a weak point in the pane and, when combined with thermal stress, can lead to breakage. Additionally, windows installed in a too-tight rough opening or an off-square rough opening can experience added pressure on the glass pane, increasing the risk of breaking. The risk is lower with high-quality windows set in solid and sturdy frames, but incorrect installation can still be a problem. For the best results, have a reputable window contractor install new and replacement windows.

Although uncommon, during the production of toughened glass panes, tiny bits of nickel can contaminate the glass. Known as nickel sulfide (NiS) inclusions, these small particles can expand over time, creating stress on the pane, which can cause it to break. If the window has been correctly installed and is not under pressure from thermal stress, an NiS inclusion may never cause a problem. If it does cause the pane to crack, it often does so in a butterfly pattern, arcing outward from the nickel contaminant. When an NiS inclusion coincides with other factors, such as faulty installation or intense thermal stress, the risk of a pane shattering increases.

Large picture windowpanes are under more stress than small panes, putting them at greater risk of shattering or cracking from any contributing factor. Just as transporting and installing large windows requires greater care than transporting and installing small windows, large windows are also at increased risk of breakage. Reduce the risk by purchasing large-pane windows from reputable window manufacturers and have them professionally installed.

RELATED: How Much Does Window Replacement Cost?

Perhaps the most common cause of window breakage has nothing at all to do with thermal stress, faulty installation, or contaminants in the glass. The sudden shattering of a pane that leaves behind spider web-looking cracks radiating outward from a precise bull’s-eye is a result of something hitting the window. The usual culprit is a bird, a ball, or debris, such as a branch, blown in the wind.

How Much Do Hurricane Windows Cost?
Advertisement