10 Types of Knots All DIYers Should Know

Is your knot knowledge holding you back? Tie up those loose ends by learning about these 10 knots that are ideal for DIYers. 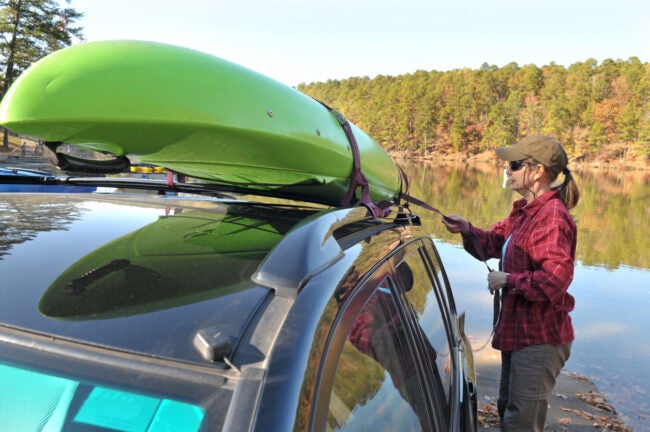 Whether you’re tying down a large item to your vehicle in a store parking lot or relying on a rope in a survival situation, knowing which knot to use can make a big difference. But with so many choices, it’s helpful to know exactly which knot to use.

Don’t worry; you’re “knot” alone. Plenty of folks wrestle with their knot-tying shortcomings. This guide will help. There are 10 important knots that are most helpful to DIYers, and the following provides an introduction and solid foundation in the world of knot-tying.

How Many Types of Knots Are There?

Knots have been around for a very long time. They even predate the ax and wheel. In fact, some scientists maintain that the first knot wasn’t even a human invention: apes and gorillas are more likely the first knotters.

With a history that’s a millennia old, it’s hard to put a number on how many types of knots exist. Plus, many knots are just variations or combinations of other knots. With that in mind, the number of knots could be infinite. But, there are three basic types.

There also are two terms that help someone follow knot-tying directions: working end and standing end. The working end of a knot would be the tail, or free end, of the rope that users can manipulate to tie a knot. The standing end is the section of rope the knot cinches down onto.

The square knot is one of the most basic and intuitive knots a DIYer can tie. It’s just a combination of two twists, each locking the other in place. It’s ideal for tying two pieces of rope together to create one long rope, as the two twists create quite a bit of friction between each length when weight is applied.

Square knots also are useful for tying two or more objects together. The first twist in the rope squeezes the objects, while the second twist creates a tight anchor over the first twist, locking everything in place. It can be used to tie bundles of firewood, lumber, or branches together for easier carrying.

Related: How To: Make a Tire Swing

The clove hitch is a very useful knot to know in a pinch, as it can be used to anchor things in place in a truck bed, to a fence post, or to a tree. Essentially, it’s three wraps of rope around an object, with one of the wraps creating a lot of friction for holding the rope in place. While it can slip, the addition of an extra overhand knot will usually keep it in place as long as there is tension on the line.

At its most practical, the clove hitch can serve as a quick way to anchor camping tents, patio furniture, and other objects that could fly away in a windstorm.

Occasionally, DIYers need a way to tie a fixed loop in the end of a rope that cannot loosen, shrink, or expand. A bowline knot creates that loop, and it can function as a hand or foothold. It also might work as loose lashing around a pole or stake in the ground, such as for a tie-out for a furry friend.

This knot is most famously taught by describing a rabbit coming out of a hole, running around a tree, and then back down into its hole. The result is a loop that will not slip, but it’s not at all helpful for securing two lengths of rope together.

When tying two ropes of varying diameters together, traditional knots don’t work well. The thicker rope can rarely create enough friction on the smaller rope to hold it in place. For those cases, there’s simply no replacement for the classic sheet bend knot. The thinner rope cinches down on itself, over top of the thicker rope, creating a strong connection.

It’s also possible to use the sheet bend on other materials, such as a tarp without grommets and sails on boats (from which this knot’s name originated). Simply grab a handful of the material and tie a sheet bend around it. Finishing it off with an overhand knot will ensure it doesn’t slip.

Tying two half hitches is a great way to hitch a rope to a pole or tree. It’s easy and quick to tie, but also adjustable for increasing or loosening the tension on the line. It also can be used to hold down a tarp or large object in the bed of a truck if the tail-end of the knot is used to create an anchor on the line.

Two half hitches are possibly the best knots for carrying items, as the weight of the object tightens the knot. Tugging on the knot loosens it.

The taut line hitch serves many of the same purposes as two half hitches, but with more friction on the line, it does an even better job of creating tension and is much less likely to slip. It’s the knot of choice for tent guy lines, or any situation where a rope needs to anchor to something that’s under tension, like in the bed of a truck or roof of an SUV.

It’s also possible to use the taut line hitch to cinch objects together. With too much weight and tightening, it can actually be difficult to remove the rope afterward.

If fishing isn’t a trade or a hobby, there aren’t many uses for the fisherman’s knot. But, if a lot of time is spent chasing the big one, there’s no replacement for it. The fisherman’s knot relies on creating lots and lots of friction by looping the working end of the line around the standing end several times.

Due to the slippery nature of a fishing line, this knot tightens well without slipping. With a traditional rope, it could create too much friction to tighten. This is one of the only knots that work with fishing line. A modified sheet bend is used for fly fishing.

Tying two pieces of webbing, strapping, or other flat materials can be challenging as traditional knots rarely cinch down enough to create a secure hold. The webbing also tends to bunch, creating uneven friction. Luckily, there’s an answer in the form of a water’s knot. It’s an excellent choice for extending the reach of a ratchet strap or other webbing materials.

A water’s knot is an effective way of securing two lengths of webbing together, creating one long length. Basically it’s two intertwining overhand knots. When dressed correctly, this knot distributes friction across all of the surfaces, offering a secure hold.

RELATED: How to Make a Simple Macrame Plant Hanger

The Prusik knot is a favorite of rock climbers and tree trimmers, as it’s a useful knot while ascending or descending a fixed line during climbing. With pressure on the knot, it cinches down on the line, but it can be manipulated by hand to create a “brake” while descending. Without pressure on the knot, it slides up the main rope relatively easily. It’s important to make sure the knot isn’t too small, as it could make it too tight and difficult to move. If it’s too loose, there won’t be enough friction and grip.

50 Things Every Homeowner Should Know How to Do
Advertisement