Solved! What Does a Green Porch Light Mean?

Learn the reason your neighbors have illuminated a green porch light this month—and no, it doesn’t have anything to do with Christmas. 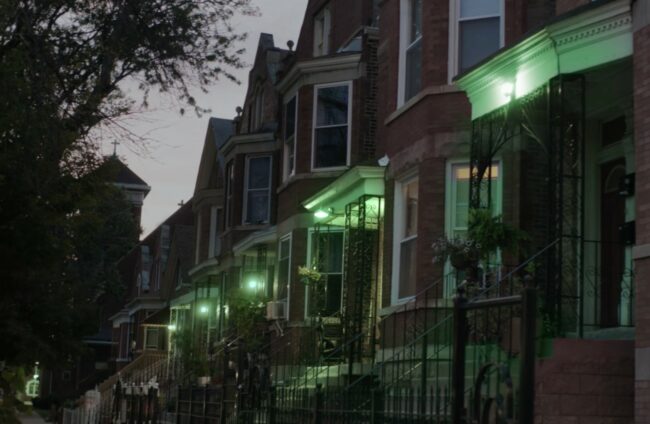 Q: My neighbors’ front porch light is green, rather than white or yellow. I know that a blue porch light signifies support for the police (and autism awareness), but I have no idea what a green outdoor light means. Can you shed some light on this situation?

A: In November each year, you may notice some of your neighbors’ porch lights turning green. While it’s easy to assume that they’re getting a head start on their Christmas decorating, a green porch light actually has a significance that has nothing to do with the holiday season. Americans use green porch lights to show support for U.S. military veterans. The idea began as part of an initiative called the Greenlight a Vet project. According to the campaign, “The simple action of changing one light to green is intended to spark a national conversation regarding the recognition of veterans, and ‘greenlight’ them forward as valued members of our communities.”

How did the green porch light tradition start?

In 2013, Walmart’s Veterans Welcome Home Commitment initiative—which provides jobs to any honorably discharged U.S. veteran—created an ad campaign asking people to turn on a green porch light as a way to recognize and show appreciation for veterans in their community. They encouraged people to share their support on social media by taking a photo of their green light and sharing it with the hashtag #GreenlightAVet. (Walmart will not confirm whether the initiative is ongoing; as of October 2022 the Greenlight a Vet website was no longer live.)

The Greenlight a Vet initiative is not the only one to shine a light, so to speak, on our country’s veterans: In 2022, The National Association of Counties (NACo) launched Operation Green Light for Veterans (#OperationGreenLight). The association explains, “By shining a green light, county governments and our residents will let veterans know that they are seen, appreciated, and supported.” NACo’s initiative encourages all U.S. counties and parishes to show support for military veterans by illuminating municipal buildings in green for the week leading up to Veterans Day.

Why green lights on houses, rather than another color?

Now that you understand the origin of these veterans initiatives, you may still be wondering why the color green was chosen. Green is a color that is often associated with the military because of the green uniforms traditionally worn by troops, but there’s a more symbolic meaning as well. According to the Greenlight a Vet campaign, “Green is the color of hope, renewal and well-being.” They add that “‘Greenlight’ is also a term commonly used to activate forward movement.”

When should you shine a green porch light on your home?

While Veterans Day on November 11 is the most symbolic time of year to show support for America’s troops, there’s no harm in keeping your green light up year-round to show your ongoing appreciation for our military. Illuminating a green light isn’t exclusively for military veterans, either—anyone wanting to show their support can participate. While in November you can assume that a green porch light has to do with these veterans’ campaigns, in May, the hue is also symbolizes Lyme disease awareness.

Where to buy green light bulbs:

No, These 10 DIY Projects Are Not Essential

These American Cities Have a Pest Problem

10 Home Maintenance Projects You Should Be Doing Every Month