Solved! What Is a SEER Rating?

If you’re in the market for a new air conditioning unit, get the 411 on these important numbers and how they should factor into the unit you purchase. 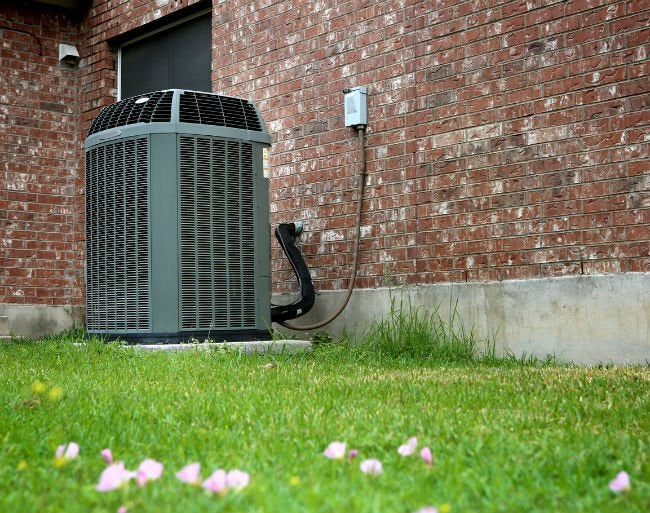 Q: My 15-year-old air conditioning unit finally gave up, so I’m in the process of shopping for a new one. I’ve heard that SEER ratings are an important consideration when choosing a new model, but the numbers are confusing. What is SEER rating anyway, and how can it help me get the best air conditioner for my money?

A: An air conditioner is a big-ticket item, so you’re doing the smart thing by finding out all you can before you write that check. The Seasonal Energy Efficiency Ratio (SEER) relates to how much energy—and money—an AC unit will use over the course of 1 year. The United States Department of Energy (DOE) requires all new air conditioning units to meet minimum efficiency identified by these SEER ratings. And you’ll find many options that go above and beyond those minimums, as manufacturers have made significant advancements in technology and efficiency since your old AC unit was produced.

In short, the SEER rating “lets homeowners compare one system to the next and understand which is more efficient,” says Tim Brizendine, Director of Product Management at Lennox.

To get a better understanding of SEER definition ratings and why they matter, keep reading; we’ll explain what the numbers mean and how you can make use of that information when choosing your new air conditioning unit.

The higher the SEER, the more efficient the unit—and the more you’ll save on utility bills.

“As the number increases, we get a higher efficiency system, which means lower utility bills for the homeowner,” Brizendine explains.

What does SEER mean in practical terms? How much you’ll actually save on your utility bills depends on the size (and insulation factor) of your house, how much you pay per kilowatt hour for electricity, the SEER rating of the unit, and what it’s currently costing you to cool your home.

You can estimate the savings a new appliance with an improved SEER rating would bring you using one of many online SEER rating calculators, or you can download a spreadsheet calculator from Energy.gov.

Air conditioners on the market today range from 13 to 25 SEER.

The rating itself is determined through calculations of a unit’s average performance—the amount of cooling an AC system puts out per the units of energy it uses to do so—but it’s a pretty simple concept. The less energy used, the higher the SEER rating.

You can use SEER ratings to roughly estimate annual cooling costs. Multiply the cooling capacity (BTUs) at 95 degrees Fahrenheit by the current electrical multiplier (.132) and divide that by the SEER rating of your unit. That will tell you your cost of operation.

The average central AC unit sold today has a SEER rating between 15 and 18.

In 2006, the DOE began requiring all newly installed central AC units to have a minimum SEER rating of 13. Units manufactured in previous years were often energy hogs—many with AC SEER ratings as low as 6. Higher-efficiency models are available that come with numbers in the mid-20s.

Recognizing this, many air conditioning manufacturers—Lennox included—produce high-efficiency models alongside models in the minimum SEER range, and options at every level in between, “to meet budget requirements for everybody,” Brizendine says.

As of 2015, the minimum SEER rating allowed is determined by where you live.

In 2015, the minimum SEER was raised to 14 for people living in a number of states: Alabama, Arkansas, Arizona, California, Delaware, Florida, Georgia, Hawaii, Kentucky, Louisiana, Maryland, Mississippi, New Mexico, Nevada, North Carolina, Oklahoma, South Carolina, Tennessee, Texas, and Virginia. Because these states have the hottest summer climates, the DOE determined that an increase in the minimum SEER would save energy.

Those not living in the states listed above may still have SEER 13 units installed. Northern states were not included in the increased minimum because where summers are cooler, homeowners use their air conditioners less often so there’s less need for high efficiency. Talk to your local HVAC contractor, though; just because you don’t live in the warmest states doesn’t mean you won’t benefit from a SEER rating higher than 13. Some regions not included in the above-mentioned states still get swelteringly hot in the summer, and oftentimes homeowners can benefit from a more efficient unit.

The SEER rating isn’t the only factor to consider when choosing a new AC unit.

While energy efficiency is among the most important factors to assess when shopping for the best air conditioner, it’s not the only consideration. For example, you’ll also want to look at a unit’s power, which is expressed in British Thermal Units (BTUs). Consider the amount of noise produced by the air conditioning units you’re considering. Local municipalities may have restrictions, and you also want to be able to sleep without too much racket interrupting your beauty rest. Reliability is important, too, as is smart connectability and a unit’s warranty.

Your HVAC contractor (installing a new AC unit is not a DIY project) will first determine the optimal size of the new AC unit. Once you know the size you’ll need, you can select your new AC unit, keeping in mind that the higher the SEER, the more efficient it will be. For most homeowners, opting for a unit with a SEER between 15 and 18 is a good choice because it’s a balance between the money you’ll spend for the unit and the amount you’ll save on utility costs.

FAQs About the SEER Rating

Still need more information to fully understand SEER ratings? Read on to get the answers to some commonly asked questions about this energy efficiency rating—they’ll help you decide whether it makes sense for you to invest in a highly rated air conditioning unit for your home.

Q. Are high-SEER AC units worth it?

Whether a higher SEER AC unit is worth investing in depends on the climate in which it operates. If you live in a hot area and your unit runs practically nonstop 24/7, you’ll see a return on your investment fairly quickly. If you live in Duluth, however, spending extra money on a 20 SEER unit probably doesn’t make sense.

Q. What is the minimum allowable SEER rating for a federal tax credit?

The minimum SEER rating for federal tax credit is 16. This applies to split systems, where the condenser and compressor are housed separately from the evaporator coil, which is typical of most residential air conditioning systems.

It might be time to call a pro
Get free, no-commitment repair estimates from licensed HVAC technicians near you.
Find local pros

The Best Heat Pumps of 2022
Advertisement

The Best HVAC Brands for Every Budget in 2022

How Much Does a Heat Pump Cost?