10 Tips for Creating a Woodland Garden at Home 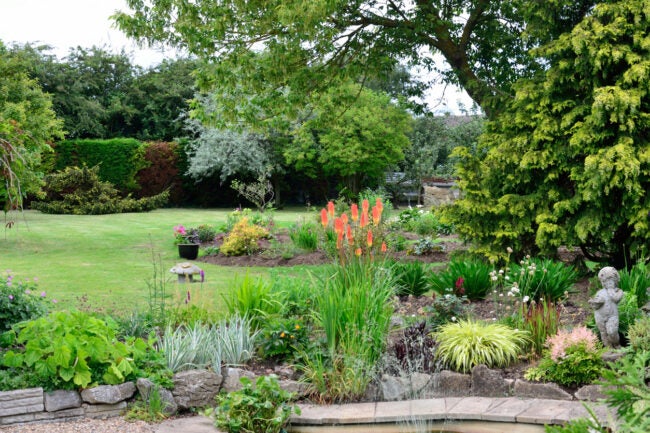 Despite its dark reputation in fairy tales, the woods can be a relaxing place, especially when you create your own small forest in which there is no chance of getting lost. To begin, select a part of your property that already has trees you can work around.

For the most authentic-looking woodland garden, create a ground layer of perennial plants such as violets and ferns, an understory layer of bushier species such as mountain laurel and spicebush, or short trees such as dogwood and redbud, with a top layer of taller trees such as maple and oak.

Paths that wander a bit look more natural than rigidly straight ones, plus they provide welcome surprises around each bend. Designated places to walk also will prevent friends and family members from stepping on your woodland plants or compacting their soil, which should remain as light and fluffy as composted leaves.

A variety of organic paving materials will work for laying woodland paths, including sand, gravel, or wood chips, with the latter being the most preferred. However, avoid any materials—such as limestone—that will raise the soil pH, since many woodland plants prefer acidic ground.

RELATED: 14 Totally Free Ways to Start Your Own Garden

Although woodlands don’t normally include fences, you might want to add some low fencing to delineate the edges of your woodland garden or taller barriers to discourage the deer that might be attracted to the garden. Wood that’s weathered enough to approximate the grays of the trees around it will look the least intrusive.

The stacked, zigzag split rail fences once used by colonists to keep their livestock in the fields and out of the woods would be appropriate as well. Since those fences don’t require posts, they are easier to assemble than other types.

You’ll want to provide benches or other resting places here and there along your paths so that you and others can relax and take everything in. A fallen log or a tree stump actually can make a highly appropriate “perch,” as long as it is large enough to support people sitting on it—and rising from it—comfortably.

Rustic chairs or settees created from willow branches and twigs make excellent woodland garden ideas, as do sitting walls constructed of stone, or more typical garden benches. For the latter, look for types that resist rot, such as cedar and redwood.

If you have a large area beneath trees to cover, you might want to opt for fast-spreading ground covers such as violets (Violas) and mayapples. Keep in mind, though, that these woodland garden plants are so vigorous that they could impinge on places where you want to grow more sensitive species.

Also, before choosing ground covers, research how long they remain attractive. The trout lily, for example, has pleasingly mottled leaves and small blooms that resemble lilies hanging their heads. But the plant dies back into dormancy during summer, so you’ll need some “understudy” plants waiting in the wings. Woodland ground covers might include:

For your understory, select shrubs and small trees that bloom early enough to get all the sun their flowers need and on which the foliage and fruits remain attractive after flowering ends. Some plants considered “tame” types actually have wilder species appropriate for woodland gardens such as:

If you aren’t set on authenticity, your woodland landscape ideas could also include hybrid varieties of any of the above or other garden trees and perennials that tolerate shade. You may even want to try fruit and nut trees that can produce for you in partial shade, such as:

To make your woodland attractive to wildlife, leave logs lying here and there and include berry-bearing plants and trees such as wild strawberries and serviceberries to feed the birds. If your largest trees don’t have nesting hollows for your avian visitors, provide birdhouses instead.

Woodland creatures like a water source as well, such as a stream or pool. If you can’t manage that, sink a large pebble-lined terra-cotta plant saucer in the ground to create a natural-looking birdbath. You also might want to leave a few brush piles in place here and there as shelter.

RELATED: 15 of the Best Trees for Any Backyard

While digging up the area for your new woodland garden, save any rocks you find to help you create flower beds. Although you could make raised beds bounded by shallow stone walls, you can achieve a more natural look with a woodland rock garden instead.

For that, partially bury the rocks in a random pattern, which leaves nooks and crevices in which you can set your smallest woodland plants. You’ll also want to allow those non-rolling stones to “gather some moss.”

Many woodland plants bloom in spring to take advantage of the brighter season before deciduous trees leaf out. If you prefer to have summer bloomers too, you might need to prune the canopy—the top layer of trees in your woodland—so that filtered sun still can reach the ground beneath them.

You can do some thinning simply by removing dead and damaged branches. For the best results when removing healthy branches, don’t cut any larger than 2 inches in diameter and don’t prune out more than 15 percent of the tree’s total foliage.

You might want to mulch your woodland plants with a few inches of either shredded bark or compost. However, keep in mind that woodland gardens tend to make their own mulch by dropping dead leaves over the plants below them during autumn.

That natural cover should help protect your perennials during winter, and the material should gradually decompose to feed plants later. Come spring, you may want to loosen and pull the mats of dead leaves back a bit, leaving them lying in a 2-inch layer around your plants to suppress weeds.

If you want your woodland to look like a real forest, resist the temptation to neaten everything up. Part of minimal maintenance is allowing dead leaves to remain rather than raking them up and carrying them away.

You may also want to leave in place new plants or ferns that sow themselves in your plot, as long as they are not invasive species such as non-native barberries and honeysuckles or too painful to tolerate, such as brambles or poison ivy.

The 12 Biggest Landscaping Trends for 2022
Advertisement

The 10 Most Common Mistakes People Make When Buying a House Sight...