Make Any Room a Bedroom with a Murphy Bed


There's a room off our kitchen dedicated as a playroom for our daughters (ages 2 and 4). Originally, the house plan designated this space to be an office or bedroom. Since it’s on the fir... 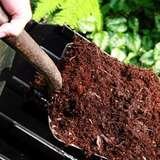 Composting 101: What You Should and Shouldn’t Compost


The best gardeners know that compost is better than fertilizer, when it comes to providing a nutrient-rich growing environment for plants. Composting is easy and inexpensive, and anyone c...

Zen and the Art of Weed Whacking


Since moving from the city to the 'burbs, I’ve gotten reacquainted with one of my weekly teenage chores (for which I received a $5 allowance): mowing the lawn. Back then, my Dad did the t... 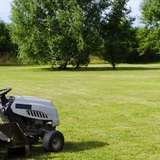 Should You Buy a Used Riding Mower?


When we moved from New York City to a beach town in Southern, DE, we suddenly went from having zero lawn to caring for a full half acre. We were incredibly grateful to have a good lawn mo...

The Benefits of a Jack and Jill Bathroom


Do you know what a Jack and Jill bathroom is? If you grew up watching The Brady Bunch in the 70’s, you may already know, because the boys and girls had one. It’s a bathroom shared between... 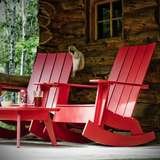 
A New England creation turned countrywide deck favorite, this American standard is as popular as ever. 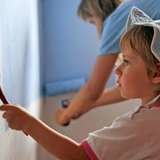 
Having young children fills our house with a lot of noise, and a lot of laughter. They keep us so busy, it also makes me wonder when we will ever get to concentrate on some of the basic h... 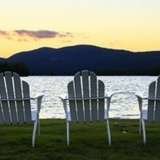 Anatomy of an Adirondack Chair


Warm summer nights make me want to lounge back with a cool beverage and watch the sunset from our back deck after the kids are in bed. I’m currently doing that in a camp chair—we’ve yet t... 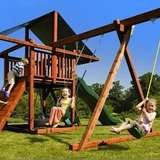 Shopping for a Swing Set


One thing we miss about living in New York is the awesome city playgrounds. You could walk to a different one every day of the week—and we did. On the upside, now we have enough space to ... 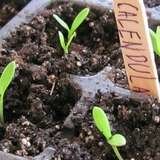 So, What Is Your Local Extension Office, Anyway?


I’m a novice gardener. We moved to Southern Delaware after living 20 years in New York City. I struggled there to keep a couple of potted houseplants alive in our small apartment with UV-...