Create a safe environment for your family and eliminate potential home office hazards. 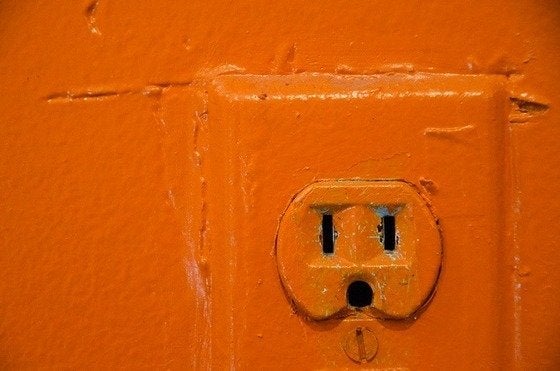 Statistics show that almost 75 percent of Americans have some sort of home office. And as these dedicated work areas have become more common, so have injuries associated with them. Most adults have endured the occasional stapled finger or nasty paper cut, of course, but the dangers for children inside the home office are often overlooked.

Parents who have offices at home need to be more aware of these potential problems, since an office can be a fun place for children to try and explore, says Meri-K Appy, president of the Home Safety Council, based in Washington, DC.

“Parents and grandparents who have children around their home office really need to look at the room from the child’s level,” Appy explains. “Getting down and seeing the area from a child’s perspective can help adults better identify the potential problems in the room.”

While it sounds obvious that shredders can be extremely dangerous for children to be around, many people still don’t take proper precautions with these strong slicing machines. “Shredders really need to be off the floor and out of a child’s reach at all times or even kept in a locked bookcase when not in use,” says Claudia Romo, program manager for the injury prevention department at Children’s Medical Center in Dallas.

Keeping shredders turned off and unplugged when not in use is another step toward preventing the horrific injuries they can cause, says Appy, but she says never to underestimate a child’s determination when they want to try something. “I wouldn’t even use a shredder in front of a child,” says Appy. “They do look really cool, and an industrious child might become really determined to give it a try. I recommend only using the shredder away from children and keeping it out of their reach entirely when not in use.”

Appy says households with children should also consider investing in a shredder, like Fellowes’ “SafeSense” sensor, that allow it to determine when the sensor is being touched by a human or animal.

Careful of Cords and Wires

Wires are part of the plugged-in lifestyle: from printers, scanners and monitors and the CPU to computer essentials like speakers, a mouse, and other USB devices, a home office can quickly become a wiry mess.

“Loose cords and wires are a hazard to people of any age,” Romo says. She recommends taping or tacking down wires near the perimeter of the room whenever possible and securing the rest with wire covers like the Cable Turtle or other conduit-type covers.

Once your cords and wires are secure, consider the timeless child appeal of electrical outlets. Just because most of the outlets in a home office area are likely to be in use doesn’t mean they don’t present a danger to children.

Children can easily unplug devices and still harm themselves with the outlets, Appy says. “Any persistent child can get those little plastic covers off, and once they’re off, they’re actually a choking hazard because of their size and shape,” she explains. She recommends outlet plate covers that are affixed to the wall like a regular cover, but that slide closed as soon as an appliance is removed. For power strips, try outlet covers that hide the plug and the strip and are tough for even the most curious little ones to crack.

The big items may grab your attention first when you begin to childproof your office, but this is one place you really should sweat the small stuff. Paperclips, thumbtacks, staplers and staple removers, letter openers, and scissors can all be tragically attractive to a small child. Place these items out of reach and sight of children who might sit at your desk, says Romo. Or, even better, store them in a locked cabinet when a child is present.

Another set of small-sized items that can cause big problems are the inks and toners in most home offices. For people with color printers who store inks, the cyan, magenta, and yellow ink cases can look yummy to a toddler but contain toxic chemicals that should obviously never be ingested. Correction fluid, laser printer toner, and even permanent markers (with their noxious fumes) can be hazardous, as well. Store these items out of sight and reach of little ones. If you suspect a child has ingested any of these substances, call the poison control hotline at 1-800-222-1222.

Fall hazards are one of the most common, and most deadly, dangers for children inside the home. “It’s critical that parents secure tall bookcases and furniture — anything a child could climb — to the wall,” says Appy. “Too many tragedies have occurred because a child tried to climb a bookcase or dresser to reach a forbidden item.” When you’re storing so many appealing dangers out of reach in your office, consider the eventuality that your child might try to scale a bookcase or table to reach them, she says, and secure each piece of furniture accordingly.

And while you’re securing items, be sure to firmly affix any television or computer monitor to wherever it is located, be it a shelf, the wall or even a desktop. “Kids can grab onto a desktop and pull a monitor over on themselves and cause serious injury,” says Romo. “These new flat screen monitors, with their lighter weight, are easier to pull off and can still cause injury to a child.”

One of the most effective child safety devices in a home office isn’t actually inside the room, says Appy. “An outdoor-quality lock on the outside of the door is a great investment for a home office,” she says. “No one can possibly watch a child for every single moment of the day, but having to use a key to unbolt that door will keep children out more effectively.”