Centuries of improvements have made this particular heating solution more responsive, accommodating, efficient, and even affordable than ever before. 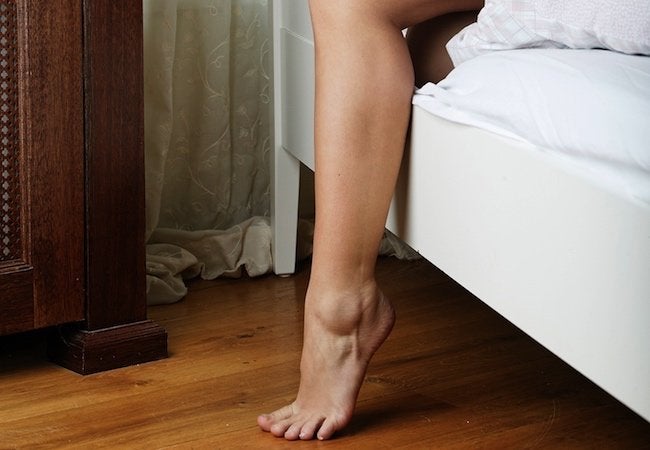 As might be expected, the consistent comfort and high efficiency that are hallmarks of radiant heat didn’t develop overnight. But you may not know that it took centuries of innovations to get to the advanced technology we see today, one that warms homes better than any other traditional heating system and operates at least 25 percent more efficiently than forced-air systems, the most prevalent type of heating in the United States. The basic concept behind radiant heat is hardly new. It first appeared in Korea where shelters used a system called ondol, in which fireboxes and freestanding chimneys connected to smoke passages that channeled heat beneath strategically raised masonry floors. These stones absorbed the heat and slowly radiated it outward. Then, thousands of miles away, during the Roman Empire, homes of wealthy citizens adopted hypocausts—narrow chambers in the walls and floors—that were fed with warmth generated by exterior fires.

Radiant technology made its debut in the United States during the late 1930s, when famed architect Frank Lloyd Wright created homes that used hot water to heat floors. Since then, increasing numbers of consumers have been drawn to these systems. Today, radiant heating products deliver like never before, offering finely tuned, zero-maintenance warmth and providing a qualitatively different, supremely comfortable heating experience—one with three improvements that are particularly hard to ignore.

Though the general concept of radiant heat as we know it today hasn’t changed significantly, technological advancements in materials have significantly improved responsiveness. Early designs involved tubes that circulated hot water through thick concrete under the flooring. While concrete certainly absorbs and stores a considerable quantity of heat, its density and low conductivity made the heating process very sluggish, resulting in uneven heating performance and long wait times for warmth. And, because concrete takes a while to lose heat, it is difficult for homeowners to reduce temperatures quickly when the weather changes.

Though gypsum concrete systems are still installed today, they aren’t the only options available to homeowners. In fact, radiant heat’s performance improved greatly when more-conductive materials appeared on the scene—namely aluminum, which conveys heat 232 times more efficiently than concrete slabs. This metal heats and cools much more rapidly than concrete, allowing homeowners to adjust their systems on a moment’s notice, thereby eliminating discomfort as well as wasted energy.

Beyond speed of response, today’s systems can offer an unprecedented amount of control over not only when you need heat, but where you need it. Advances in technology have made radiant heat systems uniquely well suited to zoning, with which you can maintain different temperatures in different areas of your home. Dedicated thermostats for these “zoned” systems ensure that your bedroom, for example, remains toasty at night while you reduce the heat in the unoccupied areas of your home—further shrinking the energy bill that comes at the end of the month.

In the past, reliance on bulky concrete—combined with its uneven heating output—limited radiant-heat installations to rooms with inexpensive tile, stone, or concrete flooring. But with today’s heat-conductive aluminum panels, radiant heat knows no such bounds. Once you install a network of hydronic tubes during construction, you can cover those panels with wall-to-wall carpeting, decorative tile, or even patterned hardwoods. The aluminum is so conductive that the system can circulate heated water that’s 30 degrees cooler than the water that runs through concrete and achieve a higher degree of heat output and uniform temperatures. These lower water temperatures mean that even delicate flooring materials can be safely installed over the heated panels.

The optimal time to incorporate radiant heat is during the process of designing and building a new home, because at this stage of the game you have options that could save you both labor and building material costs. Industry leader Warmboard offers panels with 1-1/8-inch-thick plywood at their base, so they can serve as both your heating system’s “backbone” and the subfloor. If, however, you’ve already bought a house, radiant heat is still a viable option if you’re planning a project where you’ll be removing and replacing floors. Ultra-thin 13/16-inch panels can slip into your intended design without creating any ledges or height differences between floors that have radiant panels beneath and floors in an adjacent room that were left untouched in the renovation.

According to the Department of Energy, nearly half of a home’s energy usage is devoted to heating and cooling. Come winter, when homeowners tend to crank up the thermostat, you can expect that percentage (and, more generally, the energy costs) to spike. In many cases, you’ll also end up paying for more heat than you actually feel. Forced-air heat systems lose up to 25 percent of their efficiency through leaks at the seams of their lengthy ductwork, and then whatever heat does make it to the targeted space can be easily displaced through thermal energy loss. As a result, the furnace needs to work harder and longer to maintain the temperature set on the thermostat. In other words, you’re essentially paying extra every month to make up for your system’s design flaws.

Since radiant heat doesn’t rely on ductwork, this system maximizes energy savings by minimizing heat loss. Plus, by taking it easier on your furnace, you’ll likely save money on your heating bills and extend the appliance’s lifespan. Increased efficiency and consistent comfort means lower costs, and having more cash in your pocket is nearly always a good thing, especially during the holidays.

This article has been brought to you by Warmboard. Its facts and opinions are those of BobVila.com.

3 Aggressive Ways to Cut Down Your Energy Bills

Are We Finally Ready for Radiant Heat?