All You Need to Know About Emergency Generators 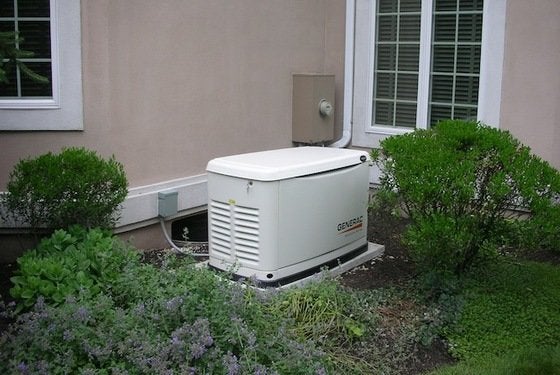 A power outage that lasts a few hours is often nothing more than an inconvenience, requiring some flashlights and a little patience. But when a major storm knocks out electricity for days, life without a generator can become real bleak, real fast. Food spoils, mold grows, and basements prone to flooding are robbed of their working sump pump and begin to take on water. Extended power outages in the winter can be even more dangerous. Plummeting temperatures and a home without heat can be a deadly combination, especially to the oldest and youngest residents in the home. In these situations, a backup power solution can literally be a lifesaver.

Despite the fact that power outages have been taking place in the U.S. since the creation of the power grid, there’s still plenty of confusion among homeowners when it comes to their residential generator options. Whether it’s educating the public on proper use of a portable generator or instructing consumers on how to properly size for a permanent generator solution, the generator industry has its work cut out for it.

To make matters even more challenging, today’s home gobbles up electricity like never before. Also, many home also contain sensitive, high-tech appliances and electronics that can be inoperable or even damaged by “unclean” power from a generator. Fortunately, the generator manufacturers seem to have all of these bases covered. Not only are they making it easier for homeowners to choose the right emergency power solution, the solutions are keeping up with the needs of the modern home.

When looking into a generator purchase, one of the biggest challenges facing the curious consumer is proper sizing. “The two questions people ask are ‘How do I select a product?’ and ‘How much is it going to cost me?’” says Mike Betker, marketing manager for Briggs & Stratton, an engine manufacturing company headquartered in Milwaukee, Wis. Briggs & Stratton recently signed on to manufacturer a line of GE-branded residential standby generators. “Today’s generators can do more with less,” adds Betker. Both standby generators (also known as “permanent” generators) and portable generators are rated by their kilowatt (kW) output. To match a generator to the home’s needs, a homeowner can begin by totaling up the wattage needs of the appliances that will be powered during an outage. Special attention needs to be given to the startup wattage of bigger appliances like refrigerators, which are always going to use more than the running wattage.

To jump-start the sizing process, generator manufacturers like GE, Generac, and Kohler all feature handy sizing tools on their websites. Consumers enter the square footage of the home and check off from a list the appliances, devices or systems,such as the refrigerator, microwave, central air, and TV,that are to be powered by the generator during a power outage. To test Kohler’s Sizing Calculator, an imaginary home measuring 2,000 square feet was inputted. Among the items to be powered during an outage were the refrigerator, microwave oven, range, TV, personal computer, central air, dehumidifier, fan, security system and a few other essentials. The Calculator tallied the total wattage of the selected units as well as the start-up volt-amps and determined that the Kohler 15 kW Residential Generator would be a good fit for the fictitious home. “The selection guide walks consumers down a path,” says Betker. “You don’t have to fret the solution.”

Of course, homeowners who are still uncertain about matching a generator to the home using an online resource or prefer talking to an expert can always consult one. Some manufacturers recommend it, like Jake Thomas, product manager for Generac, who says, “The best way to choose a standby generator is to have an electrician size it.”

Electronic items like plasma TVs, computers and the complicated controls often found in today’s HVAC systems can be sensitive to the power used to run them. When powered by grid-supplied electricity, these devices operate without an issue. But generators all produce something called harmonic distortion, which can confuse or even damage the plugged-in sensitive devices. The total harmonic distortion, or THD, of a generator will determine the potential for issues with high-end or sensitive electronics during a power outage.

“Generator power is not utility-grade power,” says Thomas. “A high THD can mean that the controller for the high-end HVAC system doesn’t recognize the power or the plasma TV has a line running through it.” The THD issue has been a hot one in the generator industry and has led to new models of generators that minimize the THD to levels that won’t negatively affect the sensitive electronic items and systems in the home. Homeowners shopping for a backup power generator should consider a generator with a THD of five or six percent or below if sensitive electronic devices are going to be powered.

Put a Lid on It

One of the necessary evils of a standby generator is the routine “exercise” mode. To ensure that the generator will provide immediate power during an outage, units are programmed to run themselves for a short amount of time on a regular schedule. While this mode provides peace of mind to the homeowner, it also means a regular interruption to the peace and quiet around the home. Generators are engines, and engines produce noise. The decibel (dB) level of a generator is another comparison point that manufacturers are addressing in newer models. Generac’s Quiet-Test® feature lowers the generator engine speed during the weekly test-run, reducing the noise to the level of an idling car. “The engine runs at two-thirds of the normal RPM,” says Thomas. “This reduces decibel levels, uses less fuel and means less emissions.”

Other solutions to the noise issue include improving the generator enclosure. “Our SoundVault® Enclosure bounces air and sound through a compartment,” says Betker, speaking to the sound attenuating characteristics of the Briggs & Stratton, GE-branded standby generators. The Enclosure, coupled with the automotive-style exhaust system and foam dampeners that are part of the Briggs & Stratton SoundShield® Technology, help reduce its GE-branded 10-45kW standby generators’ running sound level to 65dB.

To further minimize the effect that the frequent test runs have on the peace and quiet around the home, most standby generators enable the homeowner to set the time of the day that the generator will perform this function.

“One of the biggest improvements in generators has been larger kilowatt developments,” says Dan Giampetroni, marketing manager for Kohler. “Today’s generators have more horsepower, so they can handle homes with large AC systems.” Kohler’s line of LP and natural gas-fueled standby generators range from smaller 8.5-kW systems to a whopping 125-kW system. But, as Giampetroni points out, “as the power has gone up, the prices have gone down.” Four years ago a 12-kW standby generator would have cost close to $4,400, not including the necessary transfer switch, which could have added another $1,000 or more, or installation costs. “Today an 18kW Kohler standby system has an MSRP of $4,769, which includes the transfer switch,” Giampetroni adds.

The increased affordability of the permanent generator systems could see more homeowners, especially elderly ones, considering this option over the less-convenient, less-powerful portable generators. A permanent standby generator that starts automatically during a power outage powers the home’s vital components and can be purchased for an affordable price can seem like a sensible investment for any home, but particularly for elderly homeowners who might find an interruption in power to be as much a safety and health concern as an inconvenience.

In addition to all the improvements in power output, sound attenuation and affordability, the modern generator is also getting a technological makeover. In today’s “smart home,” advanced controls and wiring connect the home’s subsystems (lighting, heating and cooling, security, etc.) to one another and to the Internet. The smart home can now add the generator to the list of Internet-ready devices. Some of Kohler’s newer models of standby generators have Ethernet ports to bring the generator online. According to Giampetroni, a connected generator, used in conjunction with Kohler’s OnCue Home Generator Management System software, can send an email or text message to the homeowner or installer when the generator comes on.

Homeowners away on vacation can access their generator online to run a diagnostics and check that the generator is prepared for an impending storm or outage. This kind of remote access feature adds additional assurance to homeowners that their generator will be ready to operate when needed.

Generac has also added a technological boost to their generator package. Rather than forcing the homeowner outside to check on the status of the permanent generator, Generac’s wireless remote monitor feeds real-time information from the generator to a small, battery-operated control device that can hang on the wall or be placed in some convenient location. From the device, homeowners can run a test on the generator or check to see if the unit needs maintenance.

10 Things Never to Plug into a Power Strip
Advertisement