The Best Jigsaws for the Workshop

Manage tight curves and other useful cuts with the versatile, quality jigsaw that’s right for your projects, skills, and budget.

BobVila.com and its partners may earn a commission if you purchase a product through one of our links. 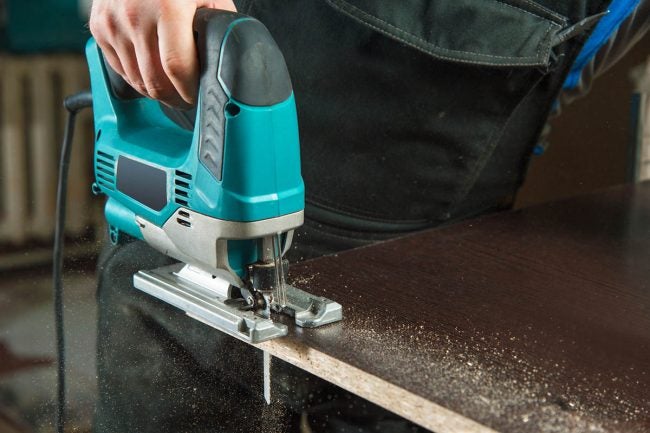 An electric saw with a vertically reciprocating blade, the jigsaw tends to be under-appreciated in the workshop. True, it’s not as powerful as a circular saw, and it can be a little tricky to master, but savvy carpenters, woodworkers, metalworkers, and even hobbyists know to reach for one of these capable tools to make various cutting tasks a breeze. The jigsaw was specially designed to cut curves, but it can also cut lumber to length with ease, and create holes and other shapes in mediums such as plywood and plastic.

Older-model jigsaws were heavy, difficult to use, and not as accurate as the ones made today. Newer jigsaws are lighter, more powerful, and more versatile. This guide will help you choose the best jigsaw for your needs, and clue you in to why the following truly make the cut! 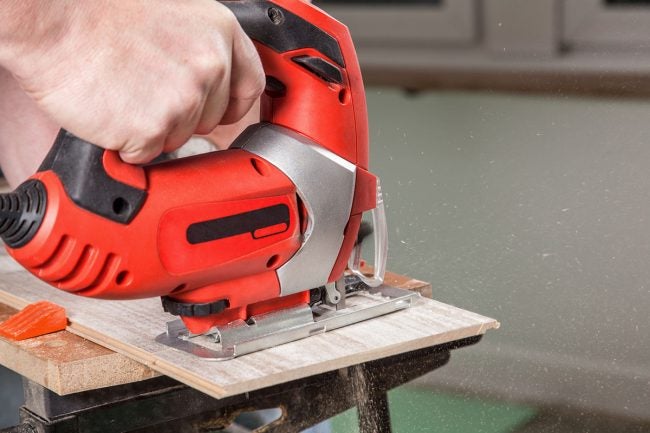 Jigsaw puzzled? No surprise! Here’s what you need to know about how different models stack up.

Older models and newer low-end models are typically straight-reciprocating jigsaws. This means the blade simply travels up and down with no variance in its path. Though these jigsaws cut slowly, they’re able to make very tight turns and create curves, unlike a table or circular saw.

Orbital-reciprocating jigsaws have a slightly forward motion to their blade stroke. This means the blade tilts forward on the upstroke, clearing more wood more quickly than a straight-reciprocating jigsaw. To activate orbital-reciprocation, the user typically flips a switch on the side of the saw into one of (usually) four positions. These saws will cut faster but with less accuracy and maneuverability than straight reciprocating models. There will also be more tear-out (splintered wood that chips up along the cutline) on the top of the wood.

Traditional jigsaws have a tall, large handle shaped like a D with a basic finger trigger inside the hand loop to operate the saw. This grip is easy to wrap your hand around, but the height increases lateral leverage, which can tip the saw and lead to less accuracy.

A newer design, barrel-grip jigsaws allow you to keep your hand lower to the material you’re working on. This can increase control, minimizing the tendency to tip the saw and skew the blade’s path. These models usually have thumb switches instead of finger triggers.

Today’s jigsaws tend to be far more feature-rich than the models of the past, offering varying cutting speed, amperage, and power supply options. Weigh them all when shopping so you’ll get the features that best suit your needs.

All jigsaws have varied cutting speeds, operated by either a pressure-sensitive trigger or an adjustable dial. All jigsaws also have adjustable speed ranges, starting at around 500 strokes per minute (SPM) and up to 3,000 to 4,000 strokes per minute at the top end. Cabinetmakers, woodworkers, and metalworkers will most likely enjoy dialed speed control that provides consistent results. For the multi-purpose DIY workshop, a do-it-all jigsaw with a pressure-sensitive trigger might be a better choice, as it can easily bounce from job to job without much fuss.

Amp-ratings on power tools refer to the amount of power they can draw without compromising the motor or internal components. Generally, the higher the amperage, the more heavy duty the tool. Most modern jigsaws range between 6.0 and 7.0 amps.

The age-old battle between corded and battery-powered tools extends to jigsaws. Cutting extremely dense woods like oak or walnut can chew through battery life pretty quickly, so woodworkers should check into corded options. For site-work like decks and pergolas, battery-powered models are the way to go.

Jigsaws don’t kick up nearly the amount of sawdust as a table saw, miter saw, or circular saw, because instead of turning wood to dust, these tools take chunks out of the material. These chunks can land on the cutline, however, challenging visibility, so some models include dust blowers that fan small chunks off the cutline. Although jigsaws create minimal mess, if you wish to keep your workspace sawdust-free, look for a model that attaches to a shop vac.

There are two types of jigsaw blades: T-shank and U-shank. The best jigsaws use T-shank blades, which lock in easily (usually without the use of tools) and stay secure during tight curves. U-shank-style saws sometimes require tools for blade changes and blade retention is a well-known issue.

How Much to Spend on a Jigsaw

Jigsaw prices range widely. Low-end models can be had for as little as $50, while high-end hotrod models run as much at $600 when kitted out with all the available fittings and fixtures.

Most shoppers will land somewhere in the middle of the price range. If you want truly dialed-in performance for a variety of projects, the higher the price tag, the more satisfaction you’re likely to get. If this is a project-specific purchase, a budget-friendly version should be more than capable. 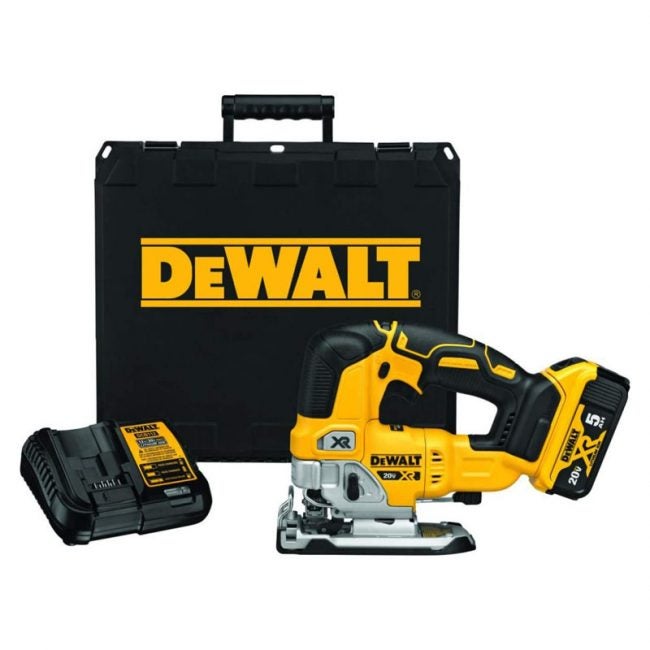 For overall capability, the DEWALT 20V MAX XR Jig Saw serves up both speed and accuracy without tethering you to an electoral outlet. This model’s T-shank blades stay locked in place during tight curves and while running at its 3,200 strokes-per-minute top speed. It features a speed control dial in the back of the handle, an LED light for increased visibility, and an adjustable shoe that positively locks at 45 degrees. A 5ah 20V battery is included, so run time shouldn’t be an issue, especially coupled with DEWALT’s highly efficient brushless motor. The four-position orbital setting will let you dial in the aggressiveness of the cut.

The dust blower doesn’t do a great job of keeping the cut line clear, so users may find themselves pausing to sweep the line clear. If you already own several DEWALT 20V batteries, they’ll be compatible with this jigsaw. However, spare DEWALT batteries are pretty expensive, so keep that in mind if you’re not already invested in the 20V lineup. 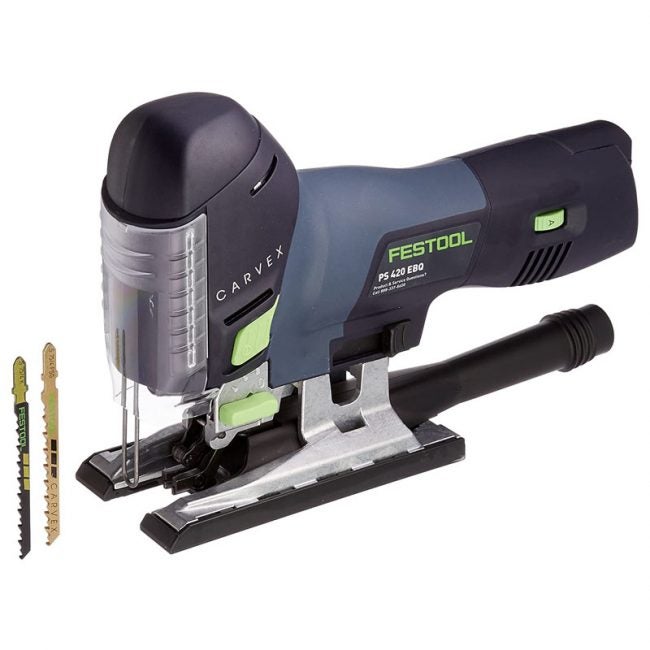 Festool makes premium tools for serious woodworkers and contractors, and their Carvex Jigsaw is a prime example. The barrel-grip Carvex is the hotrod of the jigsaw category, with a top run speed of 3,800 SPM thanks to its brushless technology. It has thumb-activated switches on either side of the saw so both right- and left-handed users can reach them with ease. Its detachable power cord is a nice feature that makes packing up easier. It also has excellent dust collection and a four-position orbital-reciprocating setting.

Yet the overwhelming benefit of the Carvex is the system that supports it. The number of jigs and adjustable shoes that easily attach to this jigsaw take its versatility to the next level. Unfortunately, this system is sold separately, and both the saw and the extras carry a premium price tag. 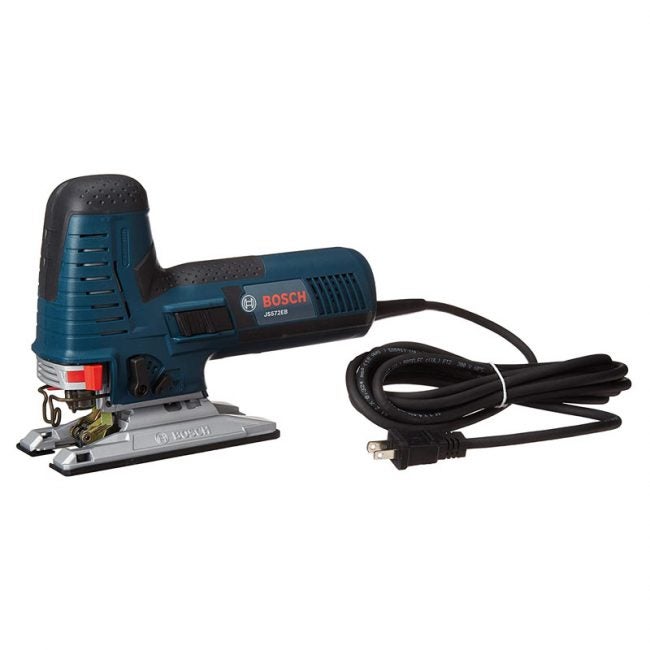 The Bosch Barrel-Grip Jig Saw Kit is the ultimate choice for accuracy and control. This jigsaw comfortably keeps your hand close to the workpiece, helping avoid the tipping that tends to occur with taller, top-handle models. The saw has the highest amperage on this list at 7.2 amps, and a speed range of 800 to 3,000 SPM—the speed regulated by a dial at the rear of the barrel. This Bosch has a four-position setting for orbital cutting, a very convenient thumb-activated on/off switch, and a bright LED light. T-shank blade changes are easy thanks to the tool-less design.

A real contender for best overall, the Bosch fell short because of its slightly slower top speed and the necessity to separately purchase plastic bits for the dust collection feature, which really should come standard with a corded saw at this price point. 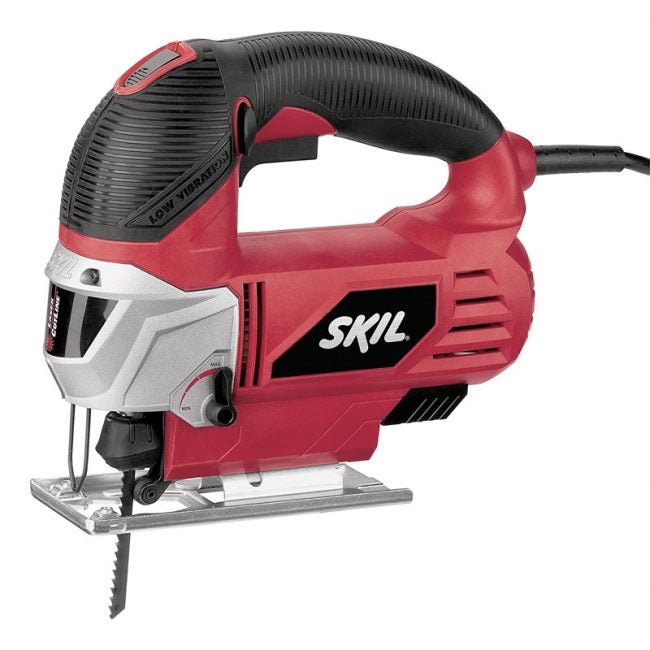 Cutting tools are SKIL’s bread and butter—which means their budget-friendly jigsaw has some big shoes to fill. While not as burly and heavy-duty as some of the company’s famous circular saws, it features a 6.0 amp motor with a variable speed trigger and a top speed of 3,200 SPM. Like the other saws on the list, it has four settings for orbital cuts, and also boasts a bright LED and a laser cutline indicator.

At lower price points, durability may be an issue, so this tool is most suitable for a DIYer making occasional passes through plywood or lumber. This saw also uses U-shank blades and, while blade changes are tool-less, hot blades tend to get stuck in the old-school mechanism; you’ll want to wait until they cool down before pulling them out. 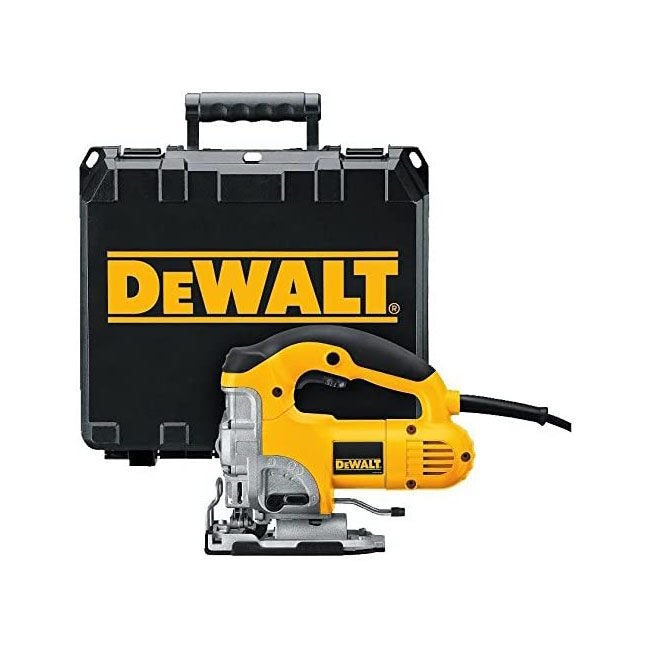 Yes, you can get a corded jigsaw with premium features at a reasonable price! The DEWALT Top-Handle Jig Saw has a D-grip with a speed setting knob in the trigger, a 6.5 amp motor, and a top running speed of 3,100 SPM. The adjustable shoe has detents (positive “catches” that hold the base in place) at several positions, making finding the perfect angle a snap. Like the other quality jigsaws on this list, this model uses T-shank blades that lock into place, no tools required.

Some users complain that the shoe plate tends to work itself loose after a while under consistent vibration. This doesn’t seem to be a problem when it’s locked in at 0-degrees but may be a problem at other angles.

7 Types of Saws Every DIYer Should Get to Know

The 10 Best Accessories You Can Buy for Your Car

The 10 Most Useful Power Drill Attachments

Get to Work! 13 DIY Workbenches, Craft Counters, and Potting Tables

10 Genius Gadgets to Bring on Your Next Road Trip