This Is the Best Time to List Your House in 2022, According to Experts

Timing is everything when it comes to putting your home up for sale. 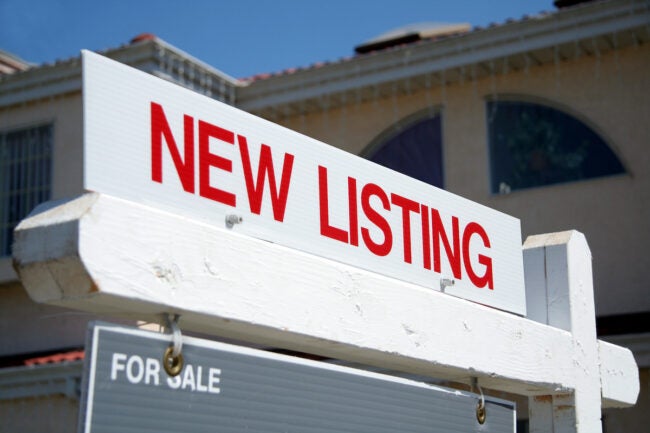 The time of year you list your house for sale has a significant impact on how quickly it sells and for how much. Right now, it’s a seller’s market in many parts of the country, with homes selling quickly and for prices well over asking. Still, sellers can increase their profits by planning to list at a particular time of year—starting this week.

A recent report from Realtor.com suggests that the week of April 10th to 16th is the best time of the year to sell a home. Historically speaking, homes listed in spring have sold for more than those listed during other parts of the year, but changes in the market since the Covid-19 pandemic have caused this discrepancy to be more dramatic than ever before.

Statistically speaking, April is the best time to list your house.

According to Realtor.com’s recent analysis, homes listed between April 10th and 16th sell for 10.3 percent more, which is approximately $39,000 on a median-priced home, than those listed at the beginning of the year. Real estate website Zillow announced a similar prediction, stating “Nationally in 2021, homes listed in late April sold for a larger premium than homes sold any other time of the year.”

Homes also sell faster during this period. Realtor.com reports that homes spent an average of 27 fewer days on the market during the week of April 10th to 16th in 2021 than they did in pre-pandemic 2019. This is likely a result of greater demand, as the site also experienced an uptick of 29 percent more buyers viewing listings that week in 2021 compared to the average week throughout the year.

There are also a few historical reasons why buyers tend to begin looking in April. First, they like to see what a yard and neighborhood look like in person, so nice weather makes it much easier for them to tour a home and picture themselves living there.

For those with school-age children, moving during the summer months may be more convenient as you can coordinate it to coincide with the end of school rather than having to move during the middle of the school year. Closing shortly before school lets out for the summer makes for ideal timing.

RELATED: Putting Your Home on the Market? Make These 10 Fixes First

There’s less competition from other sellers.

It’s no secret that there’s currently a shortage of available homes for would-be buyers in many parts of the country, which is favorable for sellers. By listing this week, in particular, you could capitalize on this trend. Realtor.com reports that in 2021, there were 12.9 percent fewer homes listed on the site between April 10th and 16th compared to the average week, leading to the idea that there may be less competition among sellers at the same time this year.

How could this impact home buyers?

Since the secret’s out and April proves to be the best time to list a home (not to mention the other factors leading to a seller’s market), buyers could see more homes become available for sale in the coming weeks—a welcome change to the lack of inventory. But while having more options to choose from could reduce competition among buyers, if the data holds true, homes could still be priced higher in April compared to other months of the year. Higher prices as well as rising mortgage rates could even price some potential buyers out of the hunt altogether.

RELATED: What Fixes Are Mandatory After a Home Inspection?

Ready to list your home? Make these quick fixes first.

Before listing a home for sale, there are some quick fixes that sellers can make that will go a long way to increase their home’s desirability. Follow these tips to help attract as many buyers as possible.

12 Things You Don't Realize Are Annoying Your Neighbors
Advertisement

The Most Controversial Items You Can Leave on a Kitchen Counter

13 Everyday Household Items You Had No Idea Are Flammable