The answer to the question “Does homeowners insurance cover theft?” is yes, it generally does. However, certain big-ticket items might need additional coverage, and as with any insurance policy, there can be exclusions. 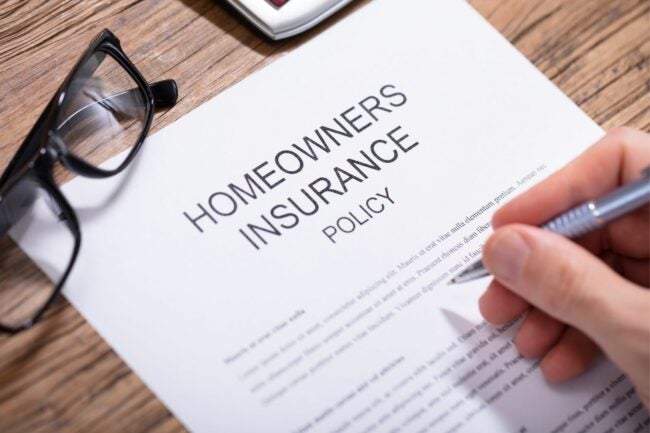 Q: A neighbor’s house was recently broken into and I’m a little concerned it might happen to me as well. If the worst were to happen and my house gets robbed, will I be covered by my homeowners insurance policy? Does homeowners insurance cover theft, and to what extent am I covered?

A: No one wants to be the victim of theft, but fortunately your homeowners insurance should cover you if the worst happens. Theft is one of the major perils covered by homeowners insurance policies. Homeowners insurance can cover both the items stolen and any resulting damage to insured structures. However, it’s important to understand the process of making a claim to ensure you’re prepared ahead of time by having the documentation necessary to support your claim. It’s also important to note that coverage may be limited for certain items (such as jewelry, computer equipment, and artwork), although you can purchase additional coverage if needed.

Homeowners insurance generally covers theft of personal property up to the limits of the policy.

Homeowners insurance policies typically cover a range of events, which are often referred to as perils. Generally, theft is one of the perils that homeowners insurance covers, in addition to windstorms, fire, lightning, and vandalism, among others. A homeowner whose home is broken into and whose belongings are burgled will generally be covered by their homeowners insurance policy. What does “burgled” mean? When a home is burgled, it means someone has broken in forcefully and stolen the homeowner’s personal belongings. In the event of a burglary claim, personal property coverage would help reimburse the homeowner for their stolen property, though it’s important to understand that there are policy limits. In general, these limits are designated as a certain percentage of the coverage on the structure itself. According to the Insurance Information Institute, it’s common for homeowners insurance policies to include personal property coverage at 50 to 70 percent of the dwelling coverage. For a homeowner who has dwelling coverage of $200,000, a 50 percent coverage limit on belongings would equate to $100,000. For each claim made, the homeowner would need to pay a deductible before their insurance coverage would kick in, so it’s important for homeowners to think about how much they could afford to pay for a deductible if they needed to make a claim. There are also policy limits on certain items (such as jewelry, computer equipment, sports equipment, etc.), and those types of items are covered only to a certain amount as dictated by the insurance policy. Homeowners can get additional coverage on those items by adding endorsements to their policy.

Dwelling or other structures coverage can help cover repairs if your home sustains damage during a break-in.

Many homeowners insurance policies also include “other structures” coverage. After a break-in, this coverage can help repair damage to unattached structures such as a shed or garage that were damaged during the theft. If the homeowner keeps valuables like lawn mowers or power tools in the shed, these items would fall under personal property coverage and repair of the shed itself would fall under “other structures” coverage. There is a single deductible that applies regardless of which portion of the policy covers the damage.

Depending on your policy, you may be reimbursed for the actual cash value of stolen items or for their replacement cost.

If a homeowner makes a claim and is paid more money than it takes to replace their belongings, they may wonder, “Can you keep home insurance claim money?” This question is valid if the homeowner finds that they have money left over from the claim after replacing their stolen belongings. When a claim is paid out, the homeowner gets a lump sum that they can use to buy new items, and any money left over is the homeowner’s to do with what they want. But making a claim, getting a payout, and pocketing the entire lump sum of cash without making necessary repairs to the damaged structure could cause problems with the insurance company. In general, homeowners should use the money from an insurance claim for its intended purpose, but if they find they have money left over it’s usually fine to keep that excess money.

High-value items, such as jewelry or collectibles, typically have sub-limits and require additional coverage.

Standard homeowners insurance policies typically include limited coverage for items such as jewelry, furs, and musical instruments (among other items). However, these items tend to have limits on the amount insurance will cover. The Insurance Information Institute explains that a common limit for insurance companies to place on jewelry and other expensive items is $1,500. For homeowners who have expensive pieces of jewelry or a large collection of jewelry, that $1,500 limit will likely not cover the cost to replace all the stolen jewelry.

Most insurance companies allow homeowners to increase the limits of coverage by raising sub-limits on these types of items. Alternatively, homeowners can purchase additional coverage in the form of endorsements or floaters (i.e., specific coverage for these expensive items). Although increasing the coverage within the homeowners insurance policy itself could be a less expensive option, there will still be limits for individual items. For example, the policy might have a $2,000 limit on one item and an overall limit of $5,000, which could result in some items not being covered at all. If this is a concern, scheduling certain expensive items with their own coverage in the form of an endorsement or floater is typically the better option.

Your homeowners insurance provider will likely need a copy of the police report to process the claim.

In the event of a home burglary, it’s important for the homeowner to contact the police immediately to file a report. The homeowner will then need to obtain a copy of that report to submit to the insurance company as part of their claim, which the insurer will use to help process the claim. Having the report on hand when filing the claim can help make the process a little easier for the homeowner.

If the homeowner fails to notify the police and file a claim immediately after discovering the break-in or fails to file a homeowners insurance claim in a timely manner, it could lead to the claim being denied. It’s generally in everyone’s best interest to move quickly after a break-in to help the police investigation and insurance claims process move along more smoothly.