How To: Install a Shower Head

A small project that makes a big impact, installing a new shower head is a quick and easy job that almost anyone can do—no fancy plumbing tools required. 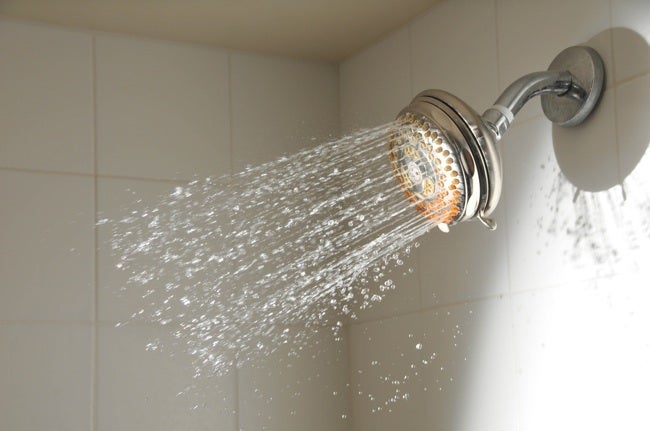 Installing a new shower head is not quite as easy as changing a light bulb, but almost.

As you begin, decide whether or not to keep the existing shower arm—that is, the angled pipe to which the shower head attaches. If the shower arm has become corroded over time, or if it doesn’t match the finish of your new shower head, scrap it. A pipe wrench does the job when you’re bare hands fail. Note that while shower heads don’t usually come with shower arms, you should be easily find an appropriate one for sale separately.

Skip this step if you’ve opted to keep your existing shower arm. To install a new shower arm, start by wrapping its threads, two or three times over, with thread seal tape. Stretch the tape slightly, as you apply it. Next, carefully turn the pipe into the wall fitting, and then seal the wall opening with plumber’s putty. Slide the shower flange over the arm and  press it into the putty. Wipe away excess.

The next step depends on the type of shower head you’ve purchased. If yours is the type that attaches directly to the arm, here’s what to do: Use thread seal tape to wrap the threads at the base of the shower arm, then turn the shower head into position, taking care not to over-tighten. (If using pliers instead of a wrench, protect the finish on the fitting with several layers of cloth or plastic tape.)

How to Clean a Shower Head

Solved! What to Do About a Leaking Shower Head

How To: Install Shower Valve Trim