Before attempting to build a workshop or put up a fence, take some time to learn about frost line depth and how it can impact your projects. 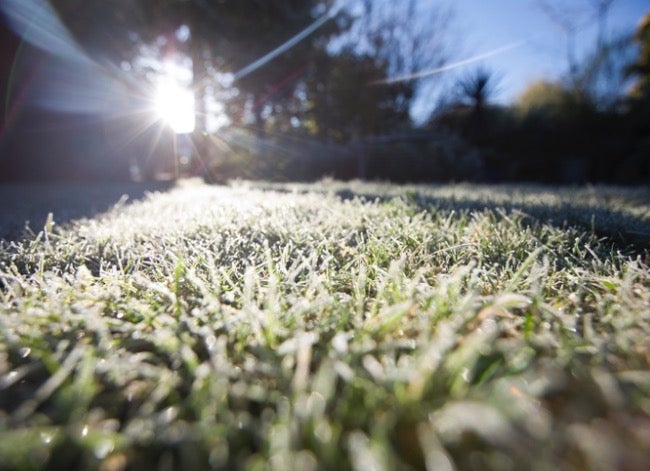 Installing a fence, deck, permanent gazebo, or a new workshop requires knowledge of permits and building codes. Another important part of building anything on a foundation is understanding frost line depths in order to ensure that the structure lasts for years to come, and doesn’t succumb to the structural damage that can be caused by frost heave.

While the concept of frost line is universal, the actual frost line depth changes depending on the location. Soil content, moisture content, and average temperatures throughout the year all affect the frost line. It’s important to find out the exact required frost line depth from your local building codes before planning a project. Taking this time to plan will help make sure that you have the right amount of material and that the footings can be securely installed in the ground below the frost line.

Related: The Dos and Don’ts of Setting a Fence Post

1. Frost line is the depth at which groundwater freezes.

It’s necessary to understand what the frost line is and how to determine frost line depth in order to grasp the risks associated with constructing buildings or other structures. The ground contains moisture that is used by plants and animals to live and thrive, however, when cold weather hits, the groundwater begins to freeze and expand, pushing and crushing objects that are in the frozen dirt.

Frost lines are typically determined by the moisture and soil content, as well as the average temperatures in the region. Testing the exact depth relies on instruments known as frost tubes that consist of a small hollow tube that is inserted into a drilled hole in the frozen ground. Testers put a bag of water with measurement indicators into the tube and determine the depth based on the line at which the water freezes. Always refer to local building codes to find out the approved depth to install footings.

The weather across the United States doesn’t remain consistent, so it only makes sense that the colder areas of the country would have a different frost line depth than the warmer areas of the country. With this variability in mind, it’s necessary to check local building codes, as well as frost line depth maps to get an accurate idea of how deep you will need to dig in order to install deck footings, fence posts, and foundations.

For accurate, up-to-date information about the current frost level in your area, the National Weather Service provides a country-wide frost line depths map that can be referenced by entering your address or zip code. Just keep in mind that this map only indicates the current frost depth, so if it’s checked in the middle of summer then most locations will not have any frost. Alternately, there are many frost line depth maps that display that average frost line maximum for the region.

When posts, foundations, footings, and other supports are installed above the frost line, the structures become vulnerable to significant damage that can be caused by frost heaves. A frost heave occurs when the water in the soil freezes and expands, forming a pocket of ice called a frost lens. This lens pushes dirt, rocks, and any other objects upwards, as it gradually expands. The result is a chaotic movement of hardened earth that has enough force to bend posts, break rock, and shift entire building foundations.

Even after the frost lens melts, allowing the dirt to settle back into position, the structure will likely remain unbalanced and damaged. However, installing the structural supports at a point at least 2 feet below the maximum frost depth provides an anchor to help prevent the structure from being forced up and out of position.

Related: When a Chimney Tilts, A Foundation Problem Lurks Below

There are many resources to check in order to determine the average frost line for a specific city, state, or region, though it’s important to note that the main reference for building projects should be the local building codes. These regulations, including frost line depth, are meticulously kept up to date to provide the best information to a wide range of professionals in the area, so that commercial, industrial, and residential construction meets the safety restrictions put in place by the local government and the state.

Given that most building projects that would be affected by the frost line require a building permit, checking the frost line depth shouldn’t be a problem. Just ask for the information while applying for a permit, or check the local building codes on the government website.

5. Some projects may require factoring in lateral frost line depth.

The planning stage of a project is the best time to determine the local frost line depth and how it impacts the structure. Some projects can be completed without giving much thought to the frost line, like constructing a semi-permanent gazebo that sits on a patio or deck. However, for projects that have structural supports in the ground, the frost line depth is a key factor that needs to be accounted for during planning.

Tasks that can be impacted by the frost line depth include building a new deck, putting in a fence, installing a retaining wall, or pouring the foundation for a workshop. While frost heaves may only shift the ground by a few inches each year, this can result in cracked foundations, split fence posts, and unsafe decks if the supports are not installed below the frost line to help prevent significant movement during the winter months.

20 Photos That Prove Why Brooklyn Brownstones Are Iconic
Advertisement

10 Stylish Pellet Stoves to Warm Up Your Home

10 Things the Landscaper Won’t Tell You for Free

Garden Sprinklers for Every Yard: Our 15 Favorites