What’s the Difference: Renovation vs. Remodel?

Understand the ins and outs of these similar but not synonymous projects so you can plan the right improvements for your home. 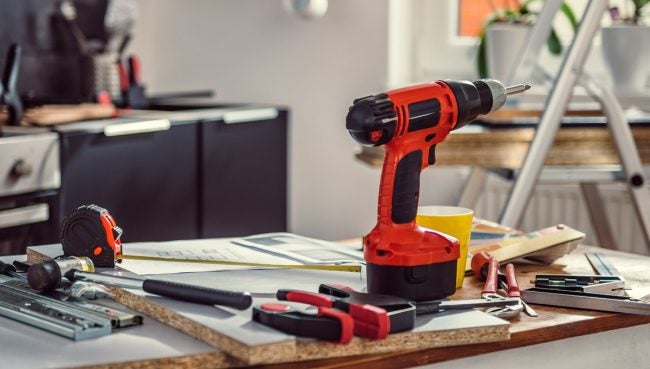 The words “renovation” and “remodel” are often used interchangeably, but if you’re planning some major home improvements, it’s best to get the terminology right before you talk to a contractor. While both renovation and remodel will improve and update your living space, the two types of projects are very different, each with its own set of benefits and considerations. Get to know six key differences that will help you keep the lingo straight—renovation vs. remodel—and nail down the project that best suits your home.

Renovation updates the look and feel of a room—or an entire structure—without changing its intended purpose.

In a renovation, a kitchen remains a kitchen and a bedroom remains a bedroom, but repairs and updates are made. This generally includes such things as painting, installing new flooring, and switching out items like cabinet knobs and faucets. Renovation also includes structural rebuilding. For example, if rotted wood members are discovered, they will be removed and the area (wall, subfloor, or roof) will be rebuilt using new lumber.

During a remodel, the design—and sometimes the structure—is altered.

Remodeling is the process of changing the functionality and the design of an area. It may involve tearing out a wall to expand a bathroom and reconfiguring a kitchen layout so the cabinets, fridge, sink, and range are in different locations. Constructing an addition to your home would also be considered a remodel. Remodeling need not always involve major structural changes, however; it can be something as simple as turning a guest bedroom into a home office. If the purpose of the area has been altered, it’s been remodeled.

Remodeling is often costlier than renovating.

Since remodeling may involve changing the physical structure of a home, it’s often necessary to reconfigure the wiring, plumbing, and ductwork, which makes the project more complex and pricey. More professional labor is usually involved in a remodel, and the material cost is often higher as well, since many remodeling projects involve building new additions. While the final cost comparison depends on the scope of the project and the quality of the materials, because renovations are usually less complex, they’re also easier on the budget.

Renovating may require pulling a permit, but remodeling almost always does.

Permits ensure that proper building codes are followed. Communities set their own rules, but it’s common for a local building authority to require a permit any time a structure is changed, including putting an addition on a home or tearing out and reconfiguring interior walls. Simple renovations, such as painting and installing new carpeting, don’t require permits, but replacing a roof (a renovation project because design and function are not altered) usually does. Reroofing is in a special category, because if a new roof isn’t installed correctly, it could leak and the home’s structure could be damaged, so most communities require permits for reroofing.

If you’ve got the skills, time, and desire to take on a home improvement yourself, consider renovating rather than remodeling. Most communities do not allow unlicensed homeowners to run electrical wiring or install plumbing, but painting, wallpapering, hanging new doors, and installing trim work are all permitted. Even if a community allows homeowners to do their own remodeling, the average DIYer may not have the chops to tackle a project that involves pouring a new foundation for an addition or framing walls and rooflines.

Since renovating usually costs less, and because it involves repairing and updating a home’s basic features, homeowners will often see a better ROI on renovation projects than they will on remodeling projects when they sell their house.

You could spend big bucks to add a large three-season room to the back of your house (remodeling), but if your roof leaks and the furnace doesn’t work, buyers will go elsewhere. Remodeling Magazine publishes an annual cost-vs-value analysis for common home improvement projects, and notes that renovation projects, such as replacing an entry door or a garage door, or re-siding a home, will net the homeowner approximately 75 percent, 98 percent, and 76 percent ROI, respectively, when the house sells. A major kitchen remodel, however, will net only about 60 percent ROI and adding a master suite addition to the home will bring just about 50 percent ROI.

RELATED: Worth It: 8 Renovations That Pay You Back

Remodeling is a better solution to poor home design.

If you have to walk through one bedroom to get to another, or if the water supply lines to your kitchen sink are installed in an exterior wall and freeze nearly every winter, renovations won’t solve the problems. When a home is poorly designed, often remodeling is the only solution. Poor design is more often seen in older homes before strict building codes were the norm.

Only renovating is allowed on some historic homes.

If you have your heart set on buying a beautiful Victorian home that’s listed on the National Register of Historic Places, you won’t be allowed to remodel it. Not only are homeowners not permitted to change the structure of a home that’s on the Register, they’re encouraged to restore it as closely to its original look as possible. This can include such things as replacing old siding with new siding of the same wood type and repairing the original plaster walls rather than replacing them with drywall. While some leeway may be permitted, such as allowing storm windows to be installed over old steel windows, remodeling to alter the design or purpose is out.

12 Cheap Home Upgrades to Help You Age in Place—Without a Full Re...

10 Popular Home Upgrades That Can Cost Less Than You Think

How Preservationists Are Cooling 7 Historic Landmarks