What Would Bob Do? Unsticking a Double-Hung Window

When a double-hung window just won't open, the most likely culprit is a bad paint job—but there are other possible perps. Here's how to get the window unstuck and figure out who done it. 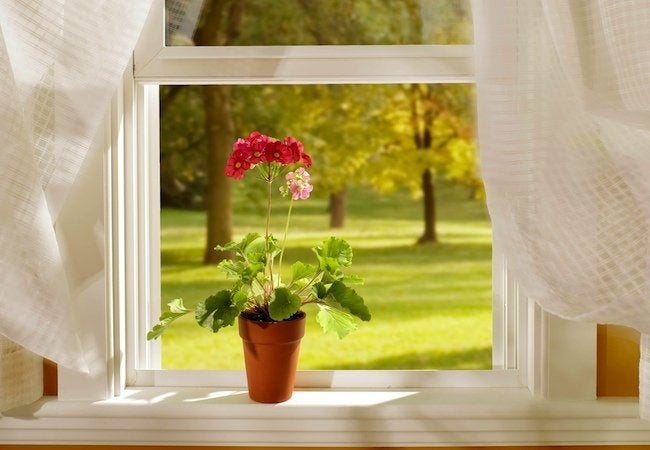 Q: My wife and I recently moved into a rental house, and we cannot seem to open the double-hung windows in the bedroom. That was just fine with us during the winter, but now that it’s warm out, we really want to let in some fresh air! Suggestions?

A: We’ve all been there—try as you might to open the window, the sash refuses to budge. Almost invariably, sloppy painting is to blame.

Double-hung windows are fairly complicated contraptions, and each part has its own name (even some professionals have a hard time keeping all the proper terms straight). Technically, a window ceases to operate correctly when paint enters and dries in the space between the sash—the movable part of the window—and the jamb stops and parting stops—elements that direct the sash’s up-and-down path.

Fortunately, you don’t really need a vocabulary lesson to open a stuck window. All you need is a blade.

Run your utility knife along all the joints that surround the sash. And don’t forget to address the rear side of the top edge (you may need to climb up on a step stool in order to see what you’re doing up there).

Now put the knife down and give the window a try. It should open—if not easily, then with a bit of fussing.

Once you’ve got it open to the breeze, use the stub of a candle to lubricate the channel along which the sash travels. The wax doesn’t leave a mess and should make it much easier to operate the window in the future.

If doing the above makes no difference, I recommend removing both the upper and lower sashes.

Your window sashes are going to need more attention than you can safely administer while they’re in place. Removing the sashes involves a handful of steps.

Closely inspect the sashes once they have been removed.

If they are damp and the wood appears to have swelled, then paint isn’t your problem. The most likely explanation is that missing or poorly installed flashing on your house’s exterior is allowing water to soak the window frame when it rains. Flashing repair typically involves limited removal of house siding. The best thing is to get a professional’s opinion before deciding what to do next.

What if your inspection of the sashes doesn’t reveal any water damage?

My suggestion is to scrape the window and sand it down, more or less, to bare wood. Add a coat of primer and then a fresh coat of paint, being careful not to leave any areas of buildup. Let the paint dry and then reassemble the window.

If you live in a damp climate, consider running a dehumidifier in the room that has the stuck window.

When doors become stuck, high humidity is often the cause. That’s rarely the case with double-hung windows, it’s not out of the question.

If the affected window is in neither a bathroom nor the kitchen, you can move a dehumidifier into the area and run it for 24 hours in hopes of allowing the window to open. But recognize that this is only a temporary solution.

TAGS:
WINDOWS
HOW TO
REPAIR
More From Bob Vila

What Are Window Prices?

How Much Do Pella Windows Cost?