How To: Remove Rusted Screws

Expect to find at least a couple of corroded screws when you work on older metal furniture and appliances, and overcome these obstacles by following the screw removal techniques outlined here. 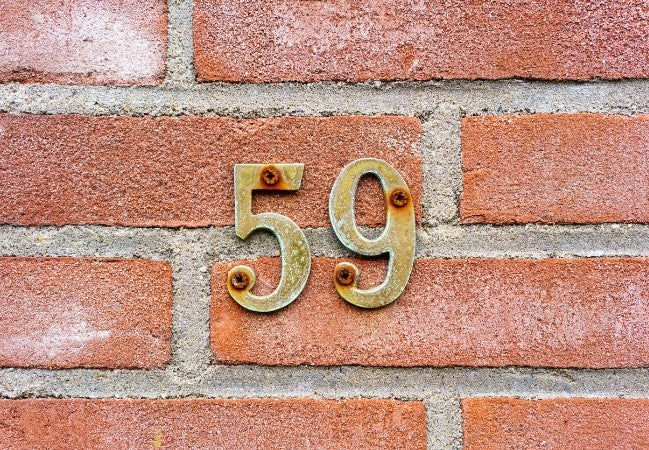 If you’re repairing old things, you’re bound to run into rusted screws. As long as you keep the right tools and supplies on hand and don’t lose your cool, you can undo even the most stubborn fasteners. The key is to think of rust as just another form of glue: You first have to break the bond formed by the rust before adding lubricant to ease out the metal screws. Bearing this in mind, professionals often turn to these three incremental techniques for how to remove rusted screws.

Always start with the most gentle means of “persuasion” first to avoid damaging or breaking off the screw heads. If the gentle methods don’t work, then move on to the more heavy-duty methods (#2 and #3) to remove the rusted screws.

First, break the rust’s bond by applying several swift hammer blows directly to the head of the screw. The hammer blows crack the rust, creating channels for the rust penetrant to seep in dissolve and lubricate.

Find rust penetrant at any hardware or home center store for around $6/can (Liquid Wrench, PB Blaster, and WD-40 Specialist Rust Release are three popular brands). Don’t have any rust penetrant? You can make your own from a 50/50 solution of acetone or nail polish remover and transmission fluid or sewing machine oil. If you don’t have those supplies, you can use a general purpose lubricant like WD-40; it just won’t work as well or as fast as a rust penetrant fluid.

When you return to the task at hand, smack the screw head several more times and then tap the metal surface around the screw head to drive the penetrant deeper into the screw threads. Then try removing the screw.

If your screwdriver is equipped with a hex-shaped bolster near the handle, you can more leverage and twisting force by sliding a box-end wrench over the bolster. Lean into the screwdriver to keep the tip engaged with the screw and turn the screwdriver with the wrench.

If that increased torque doesn’t help, switch to a hand impact driver and a ball peen hammer. A hand impact driver converts straight hammer blows into a twisting motion force while forcing the bit deeper into the screw head at the same time. That means it reduces the chances of stripping the screw head while increasing your chances of a successful removal. Before you start, don eye protection and wear heavy gloves to protect your hands in case you miss the head of the tool. Set the tool to rotate counter-clockwise and choose an impact bit that fits snuggly into the screw head. Locate the bit in the screw, hold the tool with one hand and strike the impact tool with your hammer. Repeat until the screw loosens.

If the rusted screws still won’t budge, move on to the more aggressive methods below.

Philips and star head screws can’t handle a lot of torque without stripping. If your rusted screws remain stuck or you’ve stripped the screw heads, try cutting a notch into each head and removing them with a flat blade screwdriver.

Still wearing your heavy leather gloves, cut a new straight slot deep into the screw head using a rotary tool and a cutting wheel. Make sure the slot is wide enough to accept the largest flat blade screwdriver you own while still providing a tight fit.

Jam the flat tip into the newly made screw slot, and push and turn at the same time.

No dice? Time to turn up the heat.

Heating the screw head causes it to expand and that expansion helps crack the rust. But, heat can also ignite the flammable rust penetrant you’ve applied, melt internal plastic parts, and remove the steel’s temper, so it should always be used as a last resort. If you’ve tried the other steps and still can’t budge the screw, follow these fire preparation and heat application tips.

Remove all traces of the rust penetrant oil and solvent using a water-based grease cutting household cleaner. Wipe the area and properly dispose of the oily rags.

Grab a fire extinguisher and keep it nearby and wear leather gloves to prevent burns.

Immediately cool the screw head with a stream of water or a wet rag. It’s the expansion from heat, followed by contraction by cooling that breaks the rust bond.

After several heat/quench cycles, try removing the cooled screw head with the original Philip or star screwdriver (or a flat blade screwdriver if you’ve used Method #2 above).

If the screw starts to turn and then binds, apply rust penetrant to the screw head and turn the screw in and out several times to spread the penetrant down the threads. Repeat if necessary. Free of most of its rust and well lubricated, the screw should come out easily.

10 Things You Didn't Know Super Glue Can Do

9 Home Repair Remedies to Borrow from Your Medicine Cabinet

The 10 Commandments of Buying the Right Tools