Solved! What to Do About a Sulfur Smell in the House

Track down the source of that “rotten eggs” odor ASAP. If it's not as serious as a gas leak, these other five issues may be to blame. 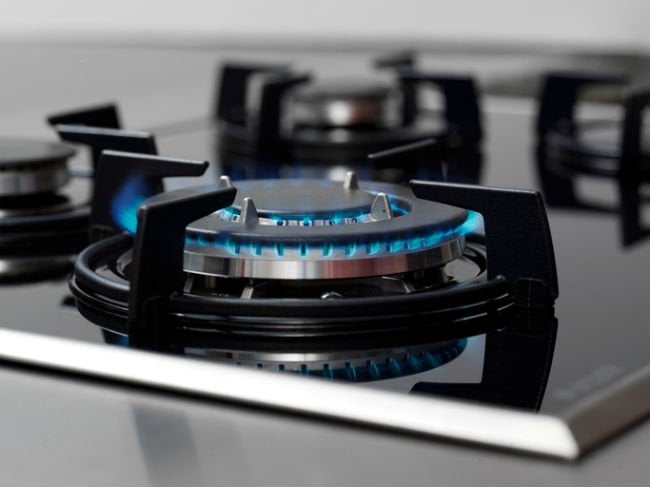 Q: Recently, I’ve noticed a vague sulfur smell in my house. It comes and goes, and I’m not sure where it’s coming from. Is there a way I can pinpoint the source? It’s rather unpleasant, and I’d like to figure out what’s causing it so I can get rid of it.

A: Safety first! If you have any natural gas or propane appliances in your home, such as a water heater, furnace, or stove, leave the premises immediately and call your local gas utility or the fire department.

Natural gas and propane are odorless, but gas companies inject them with a chemical called mercaptan that gives them a sulfur smell—like rotten eggs—to alert residents to a gas leak.

A small gas leak could be creating the occasional foul odor you’re noticing, so don’t take any chances. Any time you notice a sulfur smell, suspect a gas leak first.

Once called, the utility company or fire department will come right out and test your home. If they find a gas leak, they’ll shut off the gas and you’ll have to engage a licensed plumber that specializes in repairing gas lines to fix the problem before the gas can be turned on.

Once you’ve completely ruled out the possibility of a gas leak, know that there are other potential causes for the sulfur smell in the house. You can remedy some yourself; others require the assistance of a professional.

If you have a shower, tub, or sink that gets minimal use, the odor could be caused by sewer gas filtering into your home through an empty plumbing trap. Sewer gas contains methane, which has a distinctive sulfur smell.

The drains from your fixtures all connect to the main sewer pipe that exits your home. Plumbers install U-shaped drainpipe “traps” beneath each fixture as part of the normal drainage system. These traps are designed to retain enough water to block sewer gases from filtering back into the house, but if you haven’t used a particular shower or tub in the past few weeks, the water in the trap may have evaporated and is now allowing sewer gas to seep in.

To find out if a dry trap is the culprit, follow your nose to the room containing the little-used fixture—the smell will likely be much stronger there. If the dry trap is to blame, the fix is simple: Just turn on the faucet a few seconds and let the water drain out. The water will fill the trap and effectively block sewer gases.

RELATED: If Your Home Smells Funny, Check These 8 Problem Areas

If you rely on well water instead of treated water from a municipal system, hydrogen sulfide gas could be causing the smell. Hydrogen sulfide can occur in groundwater, as a natural result of decayed vegetation, and it can create a mild or strong sulfur odor, depending on the percentage of hydrogen sulfide present. While the smell is off-putting, it’s not considered hazardous to your health to use or drink.

If the water in the sink has a distinct sulfur smell, it’s probably caused by hydrogen sulfide.

To confirm the sink test, consider getting a water-testing kit (available online or from your county extension office, a cooperative branch of the USDA). These kits cost between $15 and $45, depending on where you purchase it and the lab that performs the analysis.

After collecting the water sample, return the sample to the extension office or mail it to the lab designated on the instructions for processing. If the results prove the presence of hydrogen sulfide, the lab may also send specific instructions for treating your well with hypochlorite (ordinary household bleach), which “shocks” the water with chlorine and reduces the production of hydrogen sulfide.

Wells that contain hydrogen sulfide are likely to keep producing the gas. Any or all of the following measures can help control the odor:

If the rotten eggs reek arises only when the hot water is running, the problem is likely with your water heater. While it’s uncommon, if the anode rod in the water heater goes bad, it can introduce a disagreeable sulfur smell into the hot water supply. The odor can be mild at first, and then become overwhelming over a period of two to 12 weeks.

An anode rod, often made from magnesium, comes pre-installed in your hot water heater to attract particles in the water that lead to corrosion. Called a “sacrificial” anode, the rod gradually corrodes, which is the intent, as it keeps the inside of the hot water tank from corroding. Chemicals in the water can react to the anode, resulting is a sulfur smell indoors. If you have well water or a water softener, you’re at an increased risk of the anode having a chemical reaction to other elements in the water.

Do the sink test as described above, using cold water first and then hot water. If you notice the odor only when you run the hot water, the anode rod is the likely culprit. A licensed plumber can replace the existing anode with one made from an aluminum/zinc combination, which will run $200 to $400 and should eliminate the problem.

RELATED: Sick House Syndrome: 11 Ways Your Home May Be Making You Ill

If your house was built or remodeled between 2001 and 2009, there’s a slim chance that you could be smelling off-gassing from drywall made in China. While it’s not common, this type of drywall was manufactured with an excessive amount of sulfur. As a result, that drywall may be releasing hydrogen sulfide fumes—and a foul, distinctive stink—into your home.

Most of the affected Chinese drywall was installed in the southern U.S. after numerous hurricanes created a shortage of the drywall necessary to rebuild. Authorities in affected areas recommend that homeowners check the copper coils in their refrigerators or air conditioning units. If the drywall is off-gassing, corrosion that resembles black ash is likely to appear on the copper coils.

The only way to eradicate the sulfur smell in the house from off-gassing is to have all the suspect drywall replaced, which can run many thousands of dollars, depending on the size of the home.

If you suspect off-gassing from Chinese drywall, call your homeowner’s insurance agent to find out if you qualify for inclusion in any state or other class-action lawsuits that may be in progress. If you don’t, your homeowners’ policy will likely pay for some, or all, of the cost to replace your drywall.

RELATED: Solved! What to Do About a Sewer Smell in the Bathroom

If you’ve exhausted the previous steps in trying to determine the source of the sulfur smell in the house, it’s time to call a plumber to check your sewer lines. A broken drainpipe can allow sewer gasses to seep out and invade your home. In the case of a broken line, the smell could be even stronger outdoors than indoors, if the break is located in a part of the pipe that’s buried in the yard.

Does Your Home Smell Funny? 12 Odors That Could Mean Big Trouble
Advertisement

Solved! Here's What to Do About a Raccoon in the Attic