Turn Your Lawn Tractor into a Snow Plow or Blower


When the weatherman starts predicting the next blizzard, we get a little shaky in our house. Armed with only two snow shovels and two middle-aged backs, our long driveway looks like a pat... 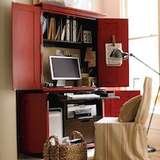 
With a little ingenuity, you can move your antique armoire into the 21st century without sacrificing any of the furniture's old-fashioned charm.

Designing a Driveway with Long-Lasting Appeal


When we were building our new construction home, the driveway almost seemed like an afterthought. With everything else so close to being finished, we walked around with a can of orange sp...


The minute winter arrives, my kids are dying to put on their snow boots to go sledding and build snowmen. That is, as soon as we get snow. Just a couple of inches is all we need to have f...

How To: Clean Slate


I have a slate fireplace surround that makes my living room feel really warm and earthy, even if the fire is not lit. Slate is a popular material in homebuilding, used not only in firepla... 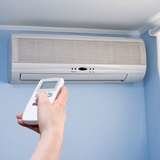 
Before we built a new home, I’d never heard of mini splits. What could they be, some kind of tiny frozen dessert or something? No. Mini splits are actually ductless heating-and-cooling sy... 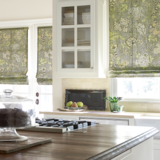 
One of the most exciting things about building a new house was seeing how much natural light we were going to get with our windows. They are huge, and there are lots of them. In the late ...

How To: Avoid Frost on Windows


I remember waking up as a kid on wintry mornings to find frost on my bedroom window obscuring the trees and yard. Those were traditional six-over-six windows, with individual panes of gla... 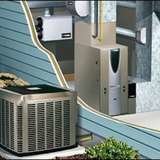 Save Money with a Hybrid Furnace


We had to make so many decisions when we built our new construction home. I didn’t realize it at the time (having never built a home before), but perhaps our most important decision-makin... 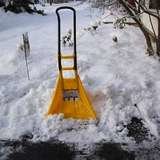 8 Innovative Snow Shovels to Help You Clear the Path


With winter weather on the way, the hunt for the best snow shovel continues! Keep the snow—and backache—at bay this winter with one of these ten smart, ergonomically-friendly snow shovels.