All You Need to Know About Attic Ventilation

Understand the pieces and parts that contribute to quality attic ventilation so that you can better cool down the space and prevent roof damage all year long.

By Glenda Taylor and Bob Vila 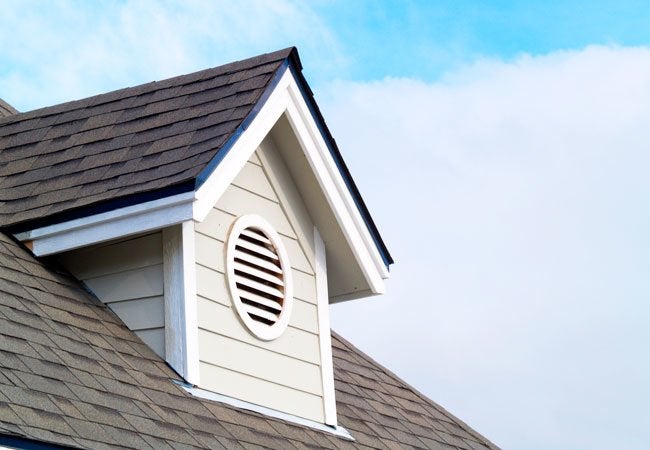 At first glance, it can seem counter-intuitive: You insulate your home to reduce temperature fluctuations and save on utility bills, but then you allow fresh air to flow through the attic no matter the time of year. The science behind attic ventilation, however, is sound. Sealed attics trap excessive heat and moisture, which can lead to reduced shingle life. And the extra heat is not just a summer concern—come winter, hot attic air can melt snow on the roof during the day only to refreeze when temperatures drop overnight, creating ice dams that lead to interior leaking and roof damage. Ensuring your home has the proper attic ventilation according to these guidelines, however, can save yourself the stress and hassle of an emergency roof repair.

COOL AIR IN, HOT AIR OUT

Taking advantage of this natural process, referred to as passive ventilation, is the most common way to vent an attic. In order to facilitate this exchange of warm and cool air, the general rule of thumb suggests installing at least 1 sq. ft. of vent for every 300 sq. ft. of attic floor. Building codes vary, though, so do check with your local building authority for the specifics that pertain to your community. 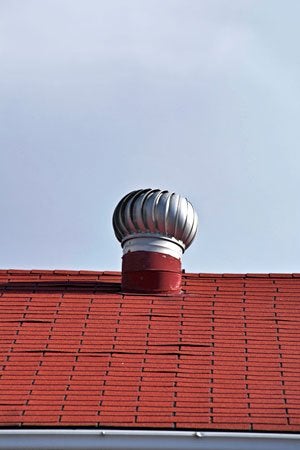 An attic’s intake vents are most commonly installed directly in the soffit, either as individual vents spaced every few feet or as one continuous perforated soffit running the entire length of the eave. While effective at pulling in cooler air, the biggest problem posed by this type of soffit vents is their positioning: Homeowners can too easily inadvertently block them when insulating the attic. Unfortunately, blocked soffit vents are as just bad as no soffit vents, because they prevent fresh air from freely flowing into the attic.

Houses with gable roofs may also have vents located on the side of the house as high as possible within the peak of the gable. Whether round, triangular, or rectangular, these gable vents can be painted to match either the siding or the trim work so that they add to rather than detract from the home’s exterior. What’s more, they’re particularly valuable for their ability to function as both intake and exhaust vents, depending on the wind direction. Most of the time, their position near the peak of the roof allows heat to dissipate out through its cover. When there is wind flowing perpendicular to the roof and of sufficient speed, it can enter through the opening; however, winds that are too light or not flowing directly at the vent’s entrance will do little work to cool down the space.

Releasing all of the heat that rises and gets trapped in the attic can be achieved with one or a combination of the three following vent models in addition to the multipurpose gable vents mentioned above. 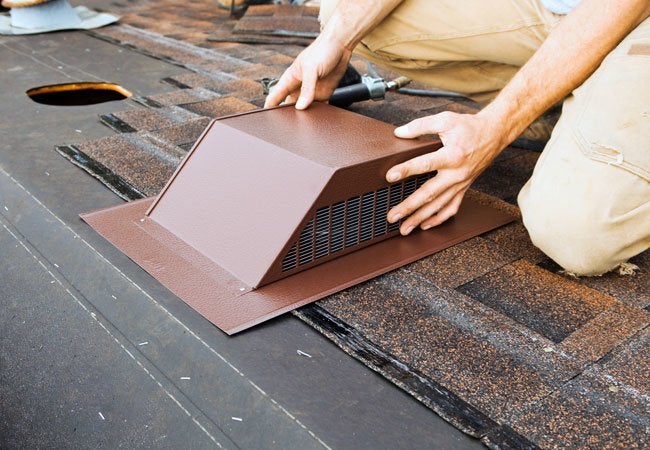 WHAT ABOUT FINISHED ATTICS?

With square-foot living space at a premium, many homeowners turn to their attics for a little extra room. When the attic becomes part of the home to be heated and cooled, open-wall gable vents and roof vents are no longer feasible, but the underside of the roof (the sheathing and rafters) can still get blazing hot without airflow.

The answer is rafter venting. Rafter vents, or insulation baffles, install in any rafter space to create narrow gaps that direct fresh air from the soffit vents to the peak of the roof. These specialty vents do not affect the finished look inside the remodeled attic. Instead, fresh air still flows in through the soffit vents and travels along the underside of the sheathing until it reaches a ridge vent or can be vented with another type of exhaust vent—allowing homeowners to keep cool without cutting  into their aesthetics (view example on The Home Depot).

All You Need to Know About Tuckpointing

Asphalt Shingles: A Showcase of Roofing Styles, Colors and Options