Could a Ban on Ornamental Grasses Aid Water Conservation? 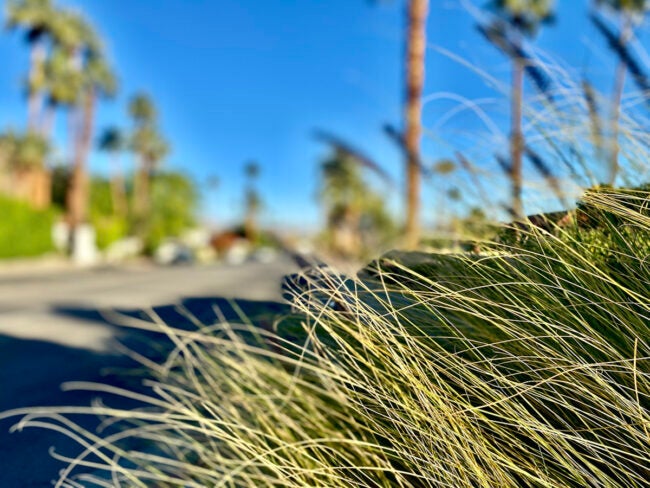 The Southern Nevada Water Authority (SNWA) hopes to reduce the region’s water consumption by 15 percent by replacing unused swaths of decorative grass with more eco-friendly native landscaping options. If successful, the ban would save 14 gallons of water per person per day. Though states like Nevada and California have experienced droughts in recent years and have enacted temporary watering bans, Las Vegas would be the first city to impose a permanent ban on certain types of plants if the bill passes. Read on to learn more about the SNWA’s proposal and what they recommend as ornamental grass alternatives.

Las Vegas has been in the midst of a water shortage crisis for the last decade. In fact, 2020 was one of the driest years on record in the region, with 240 days without measurable rainfall. Simultaneously, Southern Nevada’s water consumption is on the rise, increasing 9 percent since 2019.

An amendment to Assembly Bill 356 by the SNWA aims to reduce consumption. The organization suggests that the Las Vegas metro area has 8 square miles—or more than 5,000 acres—of “nonfunctional turf” in street medians, housing developments, office parks, and other areas that get little to no practical use. This decorative grass needs four times more water than alternative, water-smart landscaping.

Related: 7 Smart Ways to Save Water in the Yard

While this ban concerns public areas, rather than private residential, there are still many ways locals can take part to reduce their water consumption. In fact, the SNWA offers an incentive called the Water Smart Landscape Rebate; the rebate gives homeowners $3 for every square foot of grass that is removed and replaced with desert landscaping. Since it was introduced in the late 1990s, the program has saved billions of gallons of water by converting 197 million square feet of lawn to water-efficient landscaping.

The SNWA has put together an extensive list of the most common plants used in local landscapes. They also have a handy Plant Search Tool that lets users find plants based on different characteristics, including sunlight exposure, maintenance level, water requirements, and leaf color.

Their list of plants includes trees, bushes, shrubs, groundcovers, cacti, succulents, vines, and more. Desert-friendly plants vary widely in appearance, so there are options for a number of different landscaping aesthetics.

Here are some examples of plants the SNWA has categorized as “bulletproof,” meaning water-efficient, low-maintenance, noninvasive, and tolerant of heat, cold, and wind. Check out the bulletproof options in each category.

Related: 13 Types of Cactus Plants You Can Grow at Home

9 Famous Gardens to Inspire Your Next Project

15 Ways Landscaping Can Save You Money

Adding Ornamental Grasses to Your Garden

15 Good-Looking Ornamental Grasses to Spruce up Your Outdoors