Homeowners insurance may cover tree removal, but it has to fit under very specific circumstances depending on how the tree was damaged and what sort of damage the tree caused. 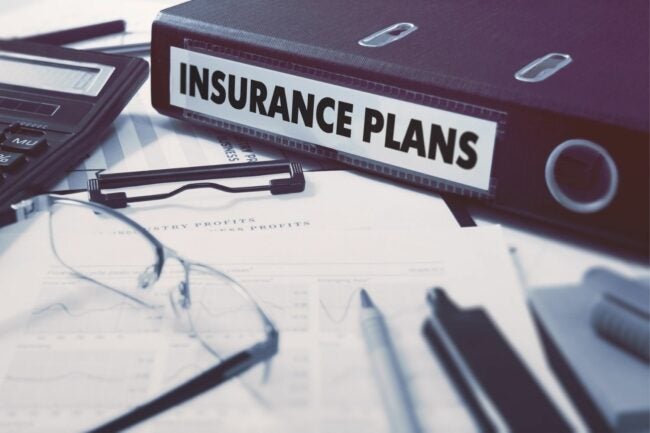 Q: A crazy windstorm came through our neighborhood last night, and a tree fell really close to our house. There’s debris in our yard and one of our trees is pretty badly damaged. What can I do to take care of this? Does homeowners insurance cover tree removal?

Homeowners insurance may cover tree removal costs depending on why the tree fell and where it landed.

Where the tree landed can often affect what is covered as well. For instance, if a tree fell and damaged an insured structure, then the homeowners insurance may be more likely to cover the tree removal itself. However, if a tree branch simply fell into the yard, homeowners insurance will likely not cover its removal. If the branch falls and blocks an access ramp or driveway, some policies may cover the removal of the tree in that case.

If a tree falls on your home during a windstorm, removal is typically covered regardless of whether the tree originated on your property.

In general, removal of a tree that falls on a house or other covered structure and causes damage is covered by homeowners insurance, regardless of whether the tree that fell was in your yard or not. However, there may be some back and forth about whose insurance should cover the tree removal and associated damage.

If a tree falls on house structures on the homeowner’s property and the tree originated from their yard, the best homeowners insurance companies should take care of any covered damage or tree removal. However, if the tree fell on house structures and originated in a neighbor’s yard, the homeowner’s insurance provider may try to get the neighbor’s homeowners insurance to pay for the damage and tree removal. This is a process called subrogation. According to the Insurance Information Institute, you might even be reimbursed for your deductible in such a case.

Homeowners insurance tends to cover tree removal caused by certain perils, even if it doesn’t damage a structure.

Removal of a tree that fell because of homeowner neglect will generally not be covered by homeowners insurance.

Homeowners insurance typically only covers sudden and accidental perils, including events like fires, lightning storms, and windstorms. That’s because these events are unexpected and homeowners are generally unable to prepare for damage as extensive as that caused by a perfectly healthy tree coming down.

However, there are instances where the insurer will consider the tree damage to have been preventable. An old and brittle tree that falls during a storm is less likely to be covered because the insurer considers it part of a homeowner’s responsibility to have an old or rotting tree taken down for safety. Older and dead trees have a higher likelihood of catching fire because they are drier and are more prone to being knocked over in a windstorm, so the issue could have been foreseen and prevented. That’s why it’s important for homeowners to keep up with tree maintenance year-round. With all this in mind, the answer to the question of “Does homeowners insurance cover preventative tree removal?” is that it is not likely.

If the tree fell as a result of a flood, earthquake, or landslide, removal would likely not be covered by homeowners insurance.

Homeowners insurance typically will not cover damage caused by flooding, earthquakes, or landslides. Those events are not considered covered perils by most homeowners insurance policies and require additional coverage instead, which may be a requirement by the mortgage lender for homeowners living in high-risk areas. Therefore, a tree that falls on a home due to one of these perils will likely not be covered by homeowners insurance.

If a homeowner does purchase an additional policy pertaining to earthquakes, floods, or landslides, it’s important to read the policy carefully to see if tree removal or debris cleanup is covered under these additional insurance products. It’s also important to check to see how coverage is affected if the tree comes in from other property, such as if it was carried in as part of a landslide.

Insurance companies typically cap coverage for tree removal either based on a percentage of the policy limits or per tree.

Even if tree removal is covered by a homeowners insurance policy, the amount of coverage can vary greatly between insurers. They may pay out a percentage of the policy limits, a set amount, or a per-tree amount. The Insurance Information Institute states that the cost insurers will pay to remove a tree is generally limited to 5 percent of the coverage on the structure, or between $500 and $1,000 per tree, though it depends on the insurer and the specific policy purchased. Homeowners with a lot of mature trees surrounding their home may choose a higher limit when determining how much insurance they need, if that is an option offered by the homeowners insurance company.