The wartime solution to food insecurity still has a place in today’s inflation- and pandemic-wary world. However short you are on outdoor space, a victory garden is still within reach. 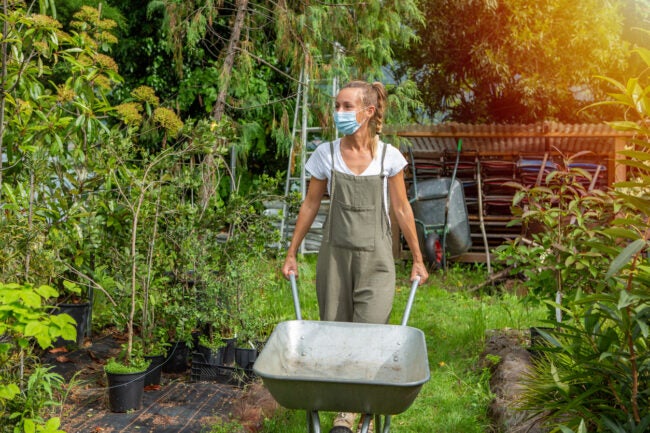 Occasionally, an idea comes along that is so great it lives on from generation to generation. The victory garden is one such idea. The gardens first came to light in the 20th century, against the backdrop of the world wars, when food supply lines were strained and rationing limited what little food was available commercially.

Today, planting a victory garden is still a great way to provide your family with fresh, healthy produce. In a world rattled by the Covid-19 pandemic, supply chain problems, and inflation, global food security is at risk again. Although no food shortages have been reported in the United States, the U.S. Department of Agriculture (USDA) has noted temporary low inventory in grocery stores and rising prices, and these factors have affected food banks and families’ budgets.

According to the USDA, inflation caused U.S. food prices to soar nearly 8 percent in one year (February 2021 to February 2022). It took some time for produce prices to catch up, but they rose in the final month of 2021. The price-per-pound of fresh vegetables in December 2021 was up 19 percent on average over the previous December, and fresh fruit prices were 10 percent higher. The USDA predicts that prices for most items will continue climbing in 2022, and we’ll be paying between 4.5 and 6 percent more for fresh and processed produce.

The reasons for planting a victory garden change with the times. Some people may be looking for food security in the face of threatening global events, while others choose to grow their own food out of a desire to feed their family the freshest possible produce. Keep reading to learn more about victory gardens and to find out how you can benefit from planting your own.

Although victory gardens first appeared during World War I, former slave and agrarian scientist, George Washington Carver, brought them back into the national consciousness when he promoted the idea in a 1942 agricultural tract for the Tuskegee Institute of Alabama. Victory gardens caught on around the nation, and soon civilians everywhere were growing food for themselves and their communities. The gardens popped up in backyards, vacant lots, school grounds, and even in city-owned parks where residents could all participate in growing food.

The gardens were also called “war gardens” because they helped reduce the pressure on the public food supply that had been created by the war. At the height of World War II, victory gardens produced as much as 41 percent of the nation’s fresh produce while building morale and encouraging patriotism.

As citizens pulled together to grow their own food, a number of community-sponsored victory gardens were established. San Francisco’s Victory Garden victory gardens transformed Golden Gate Park into an urban farm, and Boston’s Fenway Victory Gardens live on today, with plots still maintained by members of the Boston community. The idea was so popular that the nation’s first lady at the time, Eleanor Roosevelt, planted a victory garden on the grounds of the White House and shared the food with local citizens. Seventy years later, first lady Michelle Obama followed in her predecessor’s footsteps, establishing a community garden on the White House lawn and encouraging others to take part in growing their own food.

A Bushel of Benefits

The widespread growing of victory gardens in the early 1940s provided much-needed food for a nation at war. The gardens also brought communities together and reduced dependence on strained corporate food systems at a time when many farmworkers had been drafted into the war effort. The USDA estimates that, at the height of their popularity, there were 20 million victory gardens across the nation producing nutritious fruits and vegetables.

Plenty of factors, many of them pandemic-related, make victory gardens particularly appealing these days. The onset of the pandemic in 2020 triggered food-hoarding and the stockpiling of household goods, followed by supply chain problems and rising gas prices. For families faced with stressors like these, victory gardens promise cost savings and ready access to fresh produce.

Also thanks to the pandemic, many homeowners have been able to spend more time at home, creating opportunities for new pursuits like gardening. Even better, victory gardens motivate people to work outdoors, where risk of transmission is lowest.

Victory gardens also provide a way to fight back against soaring food prices. Inflation is quickly surpassing any income gains for most workers, and those living near the poverty line particularly feel the pinch of rising food costs. By growing fresh fruits and vegetables at home or in a community garden, you can ensure your family has enough fresh produce, and you might even find you have extra vegetables to share with neighbors or donate to your local food bank.

RELATED: How To Grow Fresh Produce from Your Leftover Groceries

How to Plant Your Own Victory Garden

Backyards and side yards are perfect spots for starting a garden, but don’t let a lack of acreage keep you from growing your own food. Apartment dwellers can participate in victory gardening by establishing rooftop gardens, planting in containers, or growing sprouts and greens indoors. There are plenty of ways to make room for a victory garden, including:

As you prep your growing area, the following tips will help ensure a bumper crop wherever your garden is located.

The 12 Biggest Landscaping Trends for 2022
Advertisement

12 Fast-Growing Vegetables for Your Home Garden

15 Superfoods That Are Easy to Grow Yourself

You Don't Need Good Fortune (or a Green Thumb) to Master Lucky Ba...