Most home buyers say they want more space than they have, but additional square footage isn’t always worth trade-offs like higher expenses and more maintenance. 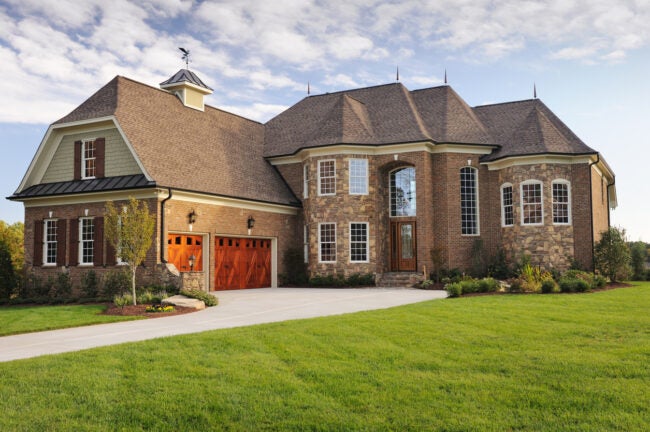 The pandemic caused most of us to spend more time at home than we ever have, and for some—especially those with young adult children who headed back home—space became an issue. In fact, a recent study by Regions Bank reveals that approximately 20 percent of Americans plan to buy a home in the next 12 months, and they’re looking for more space, inside and out.

Well, who doesn’t want more space? But is it always practical to purchase a larger home? It depends. Here are six instances in which buying a bigger house could be a bad idea.

You’re Not Prepared for Higher Bills

Go big or go home? If you insist on a big home, you can expect your bills to go big too. “A bigger house is correlated with higher utility bills for heating and air conditioning, and even heating water,” explains Parisa Afkhami, an agent at Warburg Realty in New York City. According to the U.S. Department of Energy, heating and cooling account for 48 percent of your home’s energy costs. When you double your square footage, you’ll probably also be paying more in utilities every month.

And here’s something else to consider: You’re probably expecting a higher mortgage with a bigger house, but don’t forget that your property taxes and homeowners insurance will increase as well.

Just because a house is bigger doesn’t mean that it has more functional space. “One thing I always like to point out to clients is that more square footage tends to equal more unusable space and longer, empty hallways,” says Nicole M. Christopherson of NMC Realty in Orange County, California. “And there is nothing worse than having a junk room in your house or a room that is completely empty because you can’t figure out what to do with it. Should it become a work space? Another guest room?” When you’re viewing a home, she recommends being cognizant of the flow of the floor plan and whether it works for your lifestyle, and visualizing how you would utilize each area.

You’re Not Prepared for Routine Maintenance and Repairs

If you buy a larger home, you should not just expect higher bills, you should also need to be prepared to handle the increase in routine home maintenance. “On average, large homes will cost more to maintain, and many large homes are packed with additional features, such as an outdoor kitchen, a multizone air conditioner, and smart-home control panels,” says Tyler Forte, CEO of Felix Homes in Nashville, Tennessee.

These features can be convenient, but he says they typically have to be repaired or maintained by specialists. “When it comes time to repair a major feature of the house like the roof, hot water heater, or HVAC, the cost of labor and materials will exceed that of a smaller home,” Forte explains.

It’s Not Ideal for Your Family

Sometimes, a bigger home doesn’t fit your family’s lifestyle. “A primary reason a family may decide to upgrade their home is to give each member their own living quarters, but this may actually cause too much separation,” Christopherson says. “With more space, you may be missing out on precious family bonding experiences.”

You’re Buying it Just in Case

Several years ago, one of my single, childless friends purchased a large 3-bedroom, 3-bathroom home. Her rationale was that she wanted to have plenty of room to host out-of-town family and friends when they came to visit. But she ended up averaging one house guest for four or five days a year. She eventually grew tired of paying for such a large, empty house, and ended up selling it.

Another single person I know recently moved to another state and also purchased a large 4-bedroom, 3-bathroom home, anticipating that her adult kids and small grandkids would want to move in with her—and also chip in with the bills. Well, that didn’t happen. One daughter and her kids moved in and stayed for less than a year, and then they moved to another state. The other daughter never moved in. So now this homeowner is working extra hours to afford the monthly mortgage.

It’s the Biggest House on the Block

You never want to buy the biggest or the best home on the block. That’s because home values are based on comps. If you have four bedrooms and three bathrooms but live in a 2-bedroom, 2-bathroom neighborhood, you’re not going to get the full value when you sell your home.

Here’s another reason you might not want such a large house: According to the Wall Street Journal, millennials in the Sunbelt aren’t interested in buying the large homes built by Baby Boomers. Even in a seller’s market, buyers have their limits.

7 Signs You’re About to Buy the Wrong House
Advertisement

Did You Know You Could Negotiate This When Buying a House?