The Word on Weather Vanes


Each morning after I get up, I pour myself a cup of tea and turn on The Weather Channel to get prepared for the day. Long before televised weather forecasts were routine, people did their...

The Right Rake for the Job


Autumn leaves are falling, which means pumpkin donuts and lattes are available at your favorite morning pit stop. And if you own a home, it probably means your weekends now include that a... 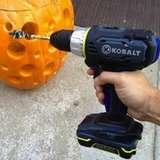 6 Pumpkin Carving Tools to Put the 'Jack' in Your Lantern


Mix and match these tools to turn your regular pumpkins into Halloween masterpieces.


It’s October. The air is getting crisp, the leaves are starting to turn. Football is in full swing. And all over America kiddies are planning costumes and candy-hauling strategies. When t... 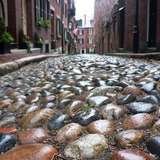 A Brief History of Cobblestones


A walk through the historic districts of many older American cities will reveal a rustic and romantic street standard of the past: cobblestones. Cobblestones date back to ancient times, w... 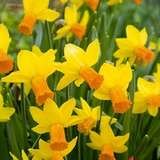 9 Daffodils to Cheer Up Your Garden


Plant any of these jolly perennials now for a bright and sunny bloom come spring!


I’m a beginning gardener. I have lots of ideas but little experience. The basic landscaping package that came with our new construction home is, well. . . basic. Now that my family has go...

MERV Ratings: What Do They Mean?


When we set out to build a new construction home, we had a lot of research to do. Having lived in city apartments for the previous 20 years made the job a lot harder. We'd always relied o... 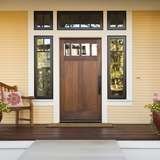 
Almost no other part of your home gets as much exposure as the front door. It’s where you greet friends and family, serve (or scare) trick-or-treaters, and enjoy the songs 0f holiday caro...

How To: Plant an Apple Tree


Since moving to the 'burbs, I’ve been slowly trying to convert on this fantasy I have of backyard sustainability. I planted blueberry bushes and a small veggie garden this summer, and I’m...