13 Ways to Boost Your WiFi at Home

These tips will improve your home network’s performance by extending your router signal and speeding up your internet connection. 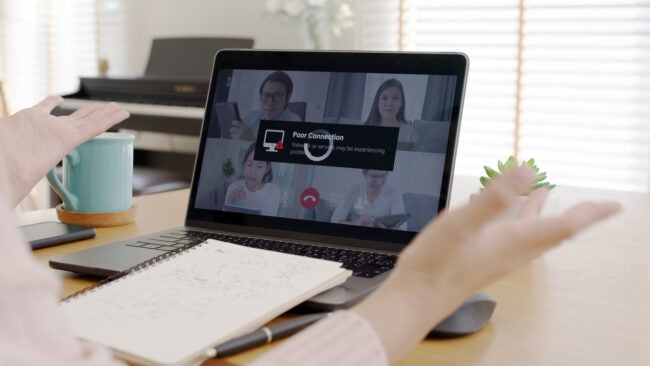 Streaming video lag, dropped video calls, and dead zones in the far reaches of your home are all symptoms of a frustratingly slow internet connection. If snail-like speeds have you down, there are many ways to boost your WiFi signal. Some solutions are as easy as turning your router on and off, while others may require you to hunt down and kick out WiFi intruders. This list of tips for boosting WiFi signal can help you bring online serenity back to your home.

The fix for many technological issues is often to simply turn the device off and on, and the same holds true for routers. If you’re trying to figure out how to improve WiFi signal strength, rebooting your router might be the answer. To reboot your router, simply turn the power button off, wait 15 seconds, and turn it back on. Some routers also have a reset button, which can be used instead. If there is no power or reset button, disconnect the router from the power, wait 15 seconds, and plug it back in.

Before pointing the finger at your WiFi router, check to ensure your internet service provider is holding up its end of the bargain by providing you the speed it’s selling you. First, bypass the router by connecting a computer to your modem with an Ethernet cable. Next, run a speed test to determine whether you’re getting the speeds you’re paying for. If not, it’s time to have a heart-to-heart with your ISP.

Related: The Best Media Streaming Devices for Your Entertainment

Routers use two different frequencies: a long-range 2.4GHz band and a faster 5GHz band. Switch to 5GHz on priority devices for an internet boost. Dual-band routers can broadcast in multiple frequencies at once, which means you can choose which band your device connects to. A 5GHz WiFi connection allows for speeds of up to 1,300 Mbps, more than twice as fast as the 600 Mbps a 2.4GHz connection offers. And, since 5GHz connections have a shorter range, you should encounter less interference from other devices and routers.

However, that doesn’t mean you should abandon your 2.4GHz connection altogether. 5GHz doesn’t travel through walls or distances well. For home devices that are less data-intensive and/or further from your router, use the 2.4GHz connection for its better and more reliable range.

All routers have software installed on their memory chips called firmware. Router manufacturers are always releasing new firmware and drivers to make their routers a little faster. Updating your firmware adds features, updates security settings, and even improves performance. Update the firmware by going to the router’s admin settings and clicking on the firmware upgrade button. For older routers, you may need to go to the manufacturer’s website and manually download the updated firmware.

While you may be tempted to put your router in an out-of-the-way place, don’t. Where you place the router in your home can make a huge difference in wireless internet coverage. Placement is especially crucial if you’re trying to figure out how to improve your WiFi signal upstairs or downstairs.

The router should ideally go in the center of your home, a spot which gives it the best ability to reach all corners of the house. Although you may be tempted to hide the router inside a cabinet or closet, doing so will weaken the signal, shortening its range. A router works best when it’s out in the open. Also, if the router has antennas, aim them strategically to maximize coverage.

It might be possible that there’s nothing wrong with your WiFi signal at all. Instead, you may have unauthorized users freeloading off your WiFi signal. Not only will this slow down your internet speed, but it also leaves your personal information vulnerable if you’re logging into websites containing sensitive data. While you can use your router’s utilities to see who is accessing your network, the easiest way to get rid of unwanted users is by changing your network name and password.

Most modern routers come with controls called quality of service (QoS) tools that allow you to prioritize WiFi use in your household by limiting the amount of bandwidth certain apps use. For example, you can use QoS tools to prioritize streaming video over gaming to prevent lag when you’re binge-watching your favorite Netflix show as your kid plays Minecraft. Some QoS tools are very robust, allowing you to set prioritization schedules that change depending on the time of day.

Related: 18 House Functions You Didn’t Know You Could Control from Your Phone

8. Invest in a WiFi Extender

If you have a large house and you’re trying to figure out how to extend the WiFi range, your best bet might be to invest in a WiFi extender like this option available at Amazon—a favorite in our researched buyer’s guide. These devices serve as a bridge between your router and your home’s dead zones and are affordable and easy to install. Simply plug the extender into a wall outlet at the halfway point between the router and the dead zone to extend the signal.  An even better alternative is a mesh WiFi system, which consists of multiple pieces that you can place throughout the house. They produce a fast signal over a broad coverage area, but many are more expensive than traditional WiFi routers and extenders.

All routers use channels to communicate with the various devices in your house, but if a neighbor is using the same channel, it can create congestion and slow internet speeds down. Most routers automatically search for the channel with the least amount of congestion.

However, if this automatic channel search setting is turned off, or if you have an older router that doesn’t offer this feature, your router may be stuck on a less ideal channel. Make sure your router is set to automatically select channels to fix this issue. You can also see a breakdown of the channels nearby networks are using by downloading apps such as NetSpot or WiFi Explorer.

All routers have an antenna, but many are hidden inside the device. As a result, their range can be significantly weaker than those routers with external antennas, hurting the WiFi strength. Luckily, most routers feature a port that allows you to add an external antenna like this option available at Amazon. Adding an antenna is an affordable way to significantly expand the coverage of your existing router, potentially eliminating the need to invest in a new one.

11. Clamp Down on Data Hogs

Log in to your router’s admin interface to see if it includes an analyzer that allows you to track all of the traffic that goes through the router. First, make sure you can identify all the devices using the router to ensure there are no unauthorized users. Next, use this tool to check which devices in your household are using the most data. If your child is the culprit, limit their usage by using your router’s quality of service controls (see above).

If you find that your internet speed seems to drop below what’s on your ISP’s bill, you may be the victim of bandwidth throttling. Throttling is when an ISP intentionally limits your bandwidth’s connection when it determines you’re using too much data. ISPs also use throttling to prioritize subscribers who are paying for premium services. Before giving in and upgrading your high-speed data plan, consider investing in a virtual private network (VPN). VPNs hide your online activity from everyone, including your ISP. If they can’t see how much data you’re using, then your internet can’t be throttled.

If all your best efforts to boost the signal of your router have failed, it may be time to bite the bullet and invest in a new one, especially if your router uses older technology. If your router is using older 802.11n or 802.11g standards, consider upgrading to current WiFi 6 (802.11ax) technology, which creates better speeds and has less bandwidth congestion than earlier versions. Learn more in our researched guide to the best wifi routers.

TAGS:
HOW TO
TECHNOLOGY
More From Bob Vila

Genius! Boost Your WiFi with a Soda Can

10 Tips for Creating an Outdoor Office at Home

The Best WiFi Extenders for Stronger Connection at Home

How to Restart a Router and Modem