Finding the Right Type of Grass for Your Lawn

Learn to choose and nurture the best turf for your lawn. 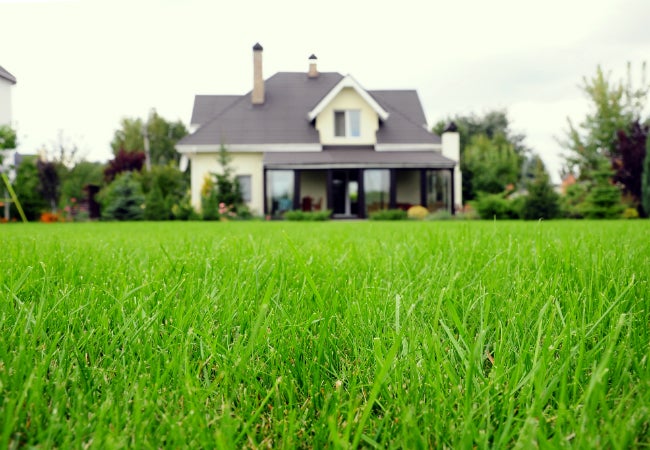 Everyone wants a lush, green lawn that’s the envy of the neighborhood, but no one wants to work too hard at it! The secret lies in choosing the grass that suits your locale and climate. Sow the correct seed and, while you’ll have to put in some regular lawn care, you’ll stress less and enjoy your yard more. It comes down to understanding different grasses’ unique growing requirements, maintenance needs, and resistance to wear and tear, disease, and pests. This guide will help you distinguish between the dominant types of grass and the species within each category so you can pick the ones sure to thrive and give you the curb appeal you crave.

Types of grasses found in the United States are broadly classified as either warm season or cool season. These labels indicate the geographic region with the ideal climate for the grass. Each region is further classified into humid or arid zones, with some zones being more hospitable to certain grasses than others.

Warm-season grasses are ideally grown in midsummer at temperatures ranging between 75 to 90 degrees Fahrenheit. Once temperatures fall below 55 degrees, these species go dormant and turn tan or brown until spring returns. Because these types of grass originally hail from the tropics, in the U.S. they’re inherently better suited to warm climates of the Deep South and the lower southwest and southeast.

Cool-season grasses flourish in temperatures ranging from 65 to 80 degrees Fahrenheit, making early spring and early fall peak growing season. These types of grass are best suited for regions that experience cold winters and hot summers (Northern California, the Pacific Northwest, the upper Great Plains, the upper Midwest, and New England), and they’re hardy—likely to remain green throughout winter, except for periods of freezing temperatures. 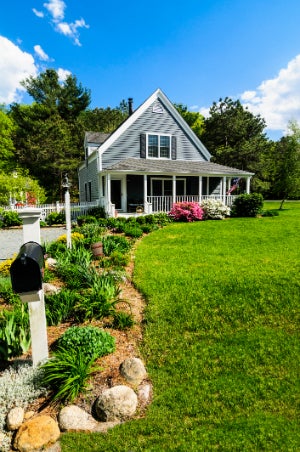 The sandy soil, brackish air, and high humidity of the Gulf states make for the ideal breeding ground for St. Augustine, a coarse, light to dark green textured grass, and Bahia, resembling a dense sod of tapered, dark green blades. But Southern Californians can also find success growing St. Augustine grass. Along with Bahia, a light green, creeping grass known as Centipede is commonly grown in the southeast, where rainfall is abundant, while Zoysia, a highly drought-resistant grass with thick, soft, light to medium green blades, is more frequently grown in the South.

Warm-season grass species are prized for their ease of maintenance, with requirements typically limited to irrigation every three to seven days, fertilization on a semiannual basis, and regular mowing to variable heights.

Growing conditions can vary among warm-season species. Zoysia, for example, can be grown in partial shade, while Centipede and most varieties of St. Augustine grass require full sun exposure to thrive. Moreover, each grass type can withstand wear, disease, and insects to varying degrees. Zoysia is one of the quickest to mend itself, and is also resistant to weed infiltration. Centipede grass, though rarely plagued by disease or pests, is slow to mend after damage, making it less suited to high-traffic lawns.

If you live in the Deep South, chances are you get enough sun to successfully grow either Bermuda or Buffalo grass. Both varieties of grasses are desirable on residential lawns for their low maintenance and relatively strong resistance to drought, disease, and pests. But because both require full sun exposure for optimal growth, avoid sowing them in shady areas.

Bermuda is one of the rare warm-season grasses that can grow in both arid and humid warm climates. Its dense, dark green blades make it the turfgrass of choice for play areas. Moreover, the deep root system of Bermuda grass allows it to withstand and recover from heavy wear, making it an apt choice for areas where pets and children play. While the thin, softly-colored blue-green turf of Buffalo grass makes it a uniform-looking and attractive lawn option, the species is not well-suited for high-traffic lawns.

While sowing a single cool-season grass is usually sufficient to maintain a green winter lawn, homeowners with high-traffic lawns can opt to grow two or more cool-season grasses together to achieve more wear-resistant turf. For example, Ryegrass and Fine Fescue can grow in shade, while Kentucky Bluegrass loves full sun—but if you sow the three species together on an area that receives a mix of sun and shade, the combination grass should do well, even if your lawn receives full sun or shade only intermittently. As a highly disease-resistant and pest-hardy grass, Ryegrass can also serve to bolster the resistance of Kentucky Bluegrass.

Even when planted as single species, cool-season grasses require only moderate maintenance. Fine Fescue can get by with irrigation as infrequent as once a week, and can even go without mowing for a more natural, prairie-like appearance. Kentucky Bluegrass, however, should be watered weekly to moisten its deep root system.

Live in the cold and arid climate of the west or western Midwest? Canadian Bluegrass and Wheatgrass may be your prime picks. These grass species can be cultivated in either shade or full sun. Canadian Bluegrass, aptly named for its bluish-green, canoe-shaped blades, is particularly hardy grass, able to recover quickly from damage—one reason it can still be spotted in drought-ridden areas with poor soil conditions, which a less resilient grass couldn’t survive. Wheatgrass, resembling a tuft of vivid green needles, can be prone to mold, but a moderate, dry climate with indirect sun exposure can help prevent fungus from forming.

The Best Weed Wackers for Every Size of Yard

Pass on Grass: 7 Reasons to Landscape with Gravel

No More Mowing: 10 Grass-Free Alternatives to a Traditional Lawn

6 Tools No DIYer Should Be Without This Spring

12 Incredible Homes That Were Built By Their Owners