You probably know me from TV, where for nearly 30 years I hosted a variety of shows—This Old House, Bob Vila’s Home Again, Bob Vila, and Restore America with Bob Vila. (You can now watch my full TV episodes online!) But I’ve spent my career helping people upgrade their homes and improve their lives. Before my life in broadcasting, I launched my own residential remodeling and design business. Earlier still, I served as a Peace Corps volunteer, building houses and communities in Panama. I learned first-hand about home building from my father, who hand-built our family home. I’ve written 12 books about remodeling your home, buying your dream home, and visiting historic homes across America. It’s fair to say that buildings, especially homes, are my life’s work. Over the years I've also supported many causes dealing with housing and architectural preservation. I've been actively involved with Habitat for Humanity and helped them blitz build a house in Yonkers, NY, which we put on TV. I worked for years with the National Alliance to End Homelessness, supporting the work of many organizations throughout the country. In the last several years I've been helping out with the restoration of Ernest Hemingway’s home and collections at Finca Vigía near Havana, Cuba. This place was his home from 1939 until his death and he left it to the Cuban people to be run as a museum. This project has allowed me to visit my parents' homeland several times. Now it's this website that I am passionate about and the chance to share my projects, discoveries, tips, advice, and experiences with all of you. I’ve always believed that a little sweat equity goes a long way toward making a house a home, and that's exactly what my website helps homeowners do. You can connect with me on my own site and on Twitter. I look forward to the conversation and to getting to know you. 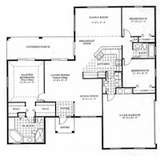 
There's a common philosophy behind most appealing and practical domestic interiors. Fundamental to that philosophy is an organizing principle: The home is to be divided into three main ar... 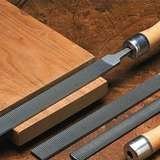 
The first time I saw my father cut a piece of stock with a handsaw, he made it look easy. When I tried it, I discovered it wasn't quite as simple as it appeared. Filing is the same way: I... 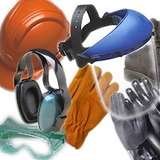 
There's nothing hard about wearing safety goggles or earplugs or a respirator when they are needed. The cost for such protective gear can be very small — for less than ten dollars, you ca... 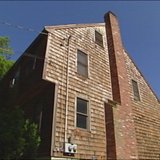 
Origins and Early 20th Century Adaptations of the Garrison House Colonial is one of the most adaptable styles. The garrison colonial house is representative.   It is rectangular with two ... 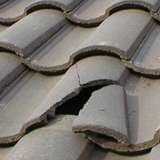 
It's a complete mystery to me how this could have happened to my roof in Florida. There are no palm trees around to drop a coconut, and nobody's been up on the roof, but somehow two tiles... 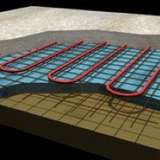 Radiant Floor Heating: How It Works 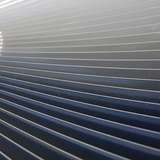 
Try Old-School Cooling Before you crank up the A/C this summer to keep cool, try a little old-fashioned ventilation first. Just keeping air moving can make your home feel much cooler. But... 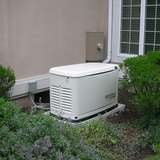 All You Need to Know About Emergency Generators


A power outage that lasts a few hours is often nothing more than an inconvenience, requiring some flashlights and a little patience. But when a major storm knocks out electricity for days... 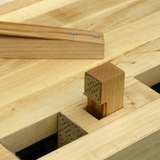 
The only thing canine about a bench dog is that, in a sense, it's like a tooth protruding from a jaw. A bench dog is a peg or post that, when positioned in an opening in a benchtop, serve...


Buy four casters, pick over your scrap pile, and find a few wood screws. With those supplies in hand, you can save yourself a lot of backbreaking labor moving large objects around your wo...