As an owner of a Shingle Style House, I have a great affection for the style. 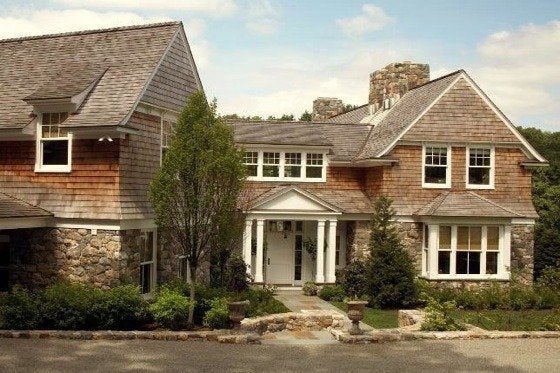 As an owner of a Shingle Style House, I obviously have a great affection for the style. While they never attained the popularity of their contemporary, the Queen Anne House, these shingle-clad and usually coastal (though sometimes suburban) homes occupy a pivotal place in the time line of American architecture.

Earlier styles in the United States tended to echo European idioms. They were variations of well known themes, adapted to American materials, sites, and tastes. The Shingle Style is a bit different: it, too, alludes to the past but to an American past.

In the two decades before 1900, several of America’s greatest architects, including H. H. Richardson, Frank Lloyd Wright, and the New York firm of McKim, Mead, and White designed buildings in the Shingle Style. They referred back to early American houses in their designs. They emphasized grace and simplicity; they used what seems like acres of plain, unpainted shingles to clad these large houses in a way that was a stark contrast to the ornate busyness of the prevailing Queen Anne Style. Men like Stanford White and Charles Follen McKim had visited the Colonial coastal towns of Salem, Massachusetts, and Portsmouth, New Hampshire. In their partner Mead’s words, “All of us had a great interest in Colonial architecture, and … we made sketches and measured drawings of many of the important Colonial houses.”

They produced a truly American style that came from here and, for that matter, never went anywhere else. It didn’t travel abroad, but it worked on the seascapes of the East Coast and even on the streetscapes of New England and, surprisingly, the Middle West.

These houses were typically two or three stories high with tall gabled roofs. Porches and dormers were usual. As in the Early House, the windows tended to be of modest size with numerous small lights but, unlike earlier precedents, multiple window units were grouped together into horizontal bands. Palladian and bay windows were also incorporated into some Shingle Style Houses. The shingle cladding of these houses allowed for rounded contours and for a continuous, flowing look. The Shingle Style house has a simple, graceful, organic feel.

Inside the Shingle Style house, another leap of the imagination took place. The open plan was being developed, in which interior spaces, previously neatly separated by doors and partitions, were open to one another. In the same way, the bands of windows and French doors tended to connect the wide verandas to the house, mingling the indoors and out. The result is a less compartmentalized feel to the living spaces of many of these gracious homes.

REMODELER’S NOTES. The average Shingle Style House was constructed with wooden shingles on the roof as well as on the walls. Over the years, the original roofs were often replaced with less expensive asphalt or other materials. If you’re restoring or renovating a Shingle Style, consider returning the roof surface to wood shingles. The texture and color of the wooden surface will add to the character of the house.

The Foursquare was truly a national house, found in Colorado and California, in Maryland and Missouri, and all the other states in the then forty-eight-state Union. Its boxy practicality was rarely the work of architects, but these sturdy houses worked as well as rural farms as on suburban streets.