Here's how to recognize the style’s architectural, design hallmarks, and reconcile them for modern living. 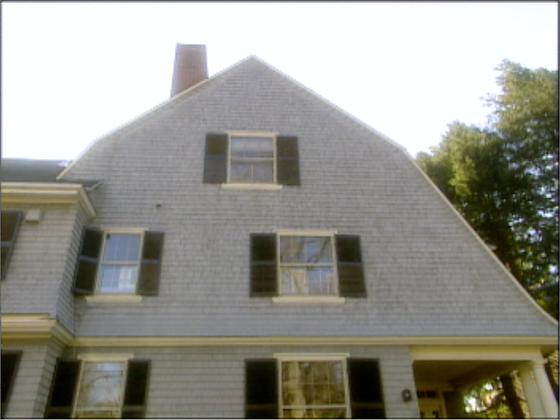 How and Where to Spot a Shingle Style House
The Shingle Style flourished in the last quarter of the 19th century.  The defining characteristic is the shingles that clad the façade and roof.   The shingles cover the mass or masses of the house, punctured only by the windows, which have a minimum of trim so as not to detract from the unified look. Typical, too, is the asymmetrical open floor plan with reception rooms clustered around the living hall.  If you see a staircase rising from the hall, chances are you’re in a Shingle Style house.

Most Shingle Style houses are in the Northeast.  They were built in the great Victorian summer spots: Long Island, Newport, Cape Cod, the Berkshires, and Maine.  For the cultivated rich, a Shingle Style house was the perfect getaway.

The Shingle Style Naumkeag House
Naumkeag in Stockbridge, MA is a grand example of the Shingle Style. It was the country house of Joseph Choate.  Choate was a lawyer, and when he was not litigating the will of William H. Vanderbilt or serving as ambassador to the Court of Queen Victoria, he and his family could retreat to the rural delights of the Berkshires.  Naumkeag is, in the Victorian idiom, a “cottage.” It has nine bedrooms, a terraced garden, and a sweeping view of the valley.  The architect was Stanford White, of McKim, Mead & White, who designed a half-dozen or so Shingle Style houses.

How to Adapt a Shingle Style House
If you’re lucky enough to fix up a Shingle Style house—they’re fairly rare—keep in mind the variety of historic models. American Colonial architecture was an important influence, though architects also drew on English and European styles.  For example, the entrance façade at Naumkeag is brick with Norman-style turrets.

The style’s hallmarks are easy to adapt. The emphasis should be on airy and uncluttered rooms, connected by wide sliding doors. The decoration is also suited to modern living. Wood paneling was popular as was William Morris-inspired wallpaper. Furnishings tended to be eclectic and were often antique. At Naumkeag the mix-and-match scheme includes both Jacobean and Louis XVI giltwood chairs. The blue and white Asian porcelain is displayed in the dining room while the China Trade porcelain is scattered through the other rooms. The floors are covered with French and Turkish rugs. Mrs. Choate was advised in her choices by architect Stanford White.  You might want to seek the advice of local antiques dealers and auctioneers. Keep in mind, too, the spirit of refined informality that characterizes the Shingle Style.

10 A-Frame Homes That Deserve A+