Urban gardeners are bringing plant life to their neighborhoods—whether they’re allowed to or not. 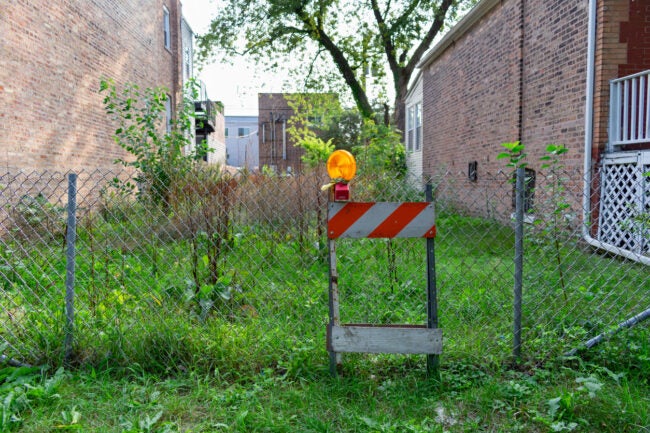 Both urban and suburban areas are filled with unused lots and neglected plots of land. Some plant lovers looking to add greenery to these areas have opted to take matters into their own hands. Guerrilla gardening is the practice of planting flowers or edible plants in neglected private or public spaces. It’s a sort of horticultural graffiti that can serve as a form of protest, though it also simply serves the purpose of cultivating life in places that have been abandoned.

Historically, guerrilla gardeners have operated under the cloak of darkness, working at night to avoid detection, though today the practice is more commonly accepted.

The History of Guerrilla Gardening

This style of gardening has been around in some form for centuries—though it hasn’t always gone by the name guerrilla gardening. That term was introduced in 1973 by Liz Christy, who created the Green Guerrilla group in New York to transform an unused lot into a verdant garden. Since then, the concept has taken off worldwide, from the most populous urban areas to small villages in the developing world.

Related: 3 Mistakes to Avoid When Seed Shopping This Year

Guerrilla gardening is used as a tactic to bring fruits and vegetables to food deserts—areas where residents have limited access to healthy food. Ron Finley, an urban gardener based in Los Angeles, planted edible plants on the piece of land between his home and the street. His efforts were illegal, and the city condemned them, but he eventually convinced them to change the law in order to give residents space to grow their own food.

Guerrilla gardening can be accomplished with seedlings or cuttings from existing plants, but one of the most popular techniques is known as seed bombing. Seed bombs are created by mixing seeds with soil or compost and covering the mixture with clay. Once “placed,” the bomb’s clay eventually cracks, allowing the seeds to begin to grow. One of the major benefits of seed bombs is that they allow guerrilla gardeners to sow seeds without technically trespassing on private land.

The Best Plants for Guerrilla Gardening

Some guerrilla gardeners operate in an area near their homes so that they can tend to their plants as needed. Others simply drop a seed bomb and leave.

Opting for native species that require little care and can thrive if left to their own devices ensures the most success when a guerrilla gardener does not live nearby. Anyone who wants to spread some green should choose drought-tolerant plants that don’t need frequent watering to survive. Wildflowers and hardy native shrubs are some of the best options for guerrilla gardening. It is best to avoid invasive species when choosing which varieties to sow or plant.

Instead, get to work on neglected public spaces that could use a little love. To avoid breaking the law in your municipality, contact the city to inquire about specific bans that might exist in your area.

Related: 12 Perennial Vegetables to Plant For Years of Fresh Produce

What Is Banana Water and Is it Actually Good for Plants?
Advertisement

What Is the No-Dig Gardening Method, and Why You Should Try it Th...

11 Awful Real Estate Photos—And How to Make Yours Great

15 Famous Writers Whose Homes You Can Tour Today

20 Ways Homeowners Can Be More Self-Sufficient