What Is Actually Considered Modern Architecture?

Let’s clear up the confusion about this prevalent 20th-century design style. 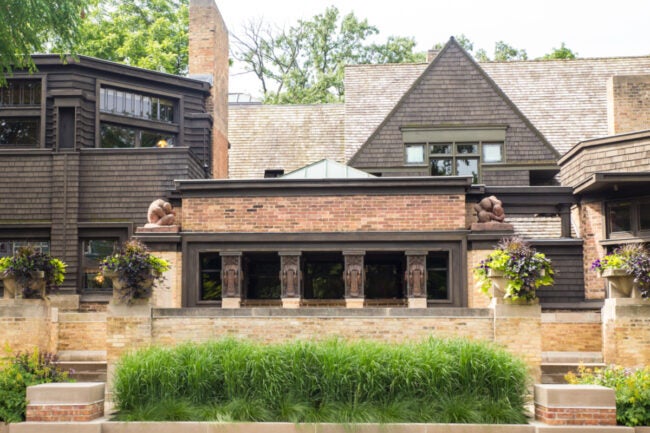 There’s understandably some confusion about what constitutes modern architecture. While some may identify any contemporary-style building as “modern,” not every modern-looking building actually qualifies as modern architecture. In fact, the term is used to refer to a specific style that became popular around the turn of the 20th century in response to industrialization and modernization.

Let’s explore the definition of modern architecture, outline the history of the style, and look at some of the most prominent examples from the 20th century.

The History of Modern Architecture

While it’s difficult to identify exactly when the modern architecture movement began, it’s generally considered to have become prevalent following World War I. The rise of modern architecture was a response to the ornate and sometimes over-the-top styles of the Victorian Era, which featured lots of decorative ornamentation that didn’t necessarily serve a function. The term “modern” actually means “post-traditional,” and refers to this new style in opposition to the styles that had been in vogue for decades beforehand.

Modern architecture partially came to be as a result of changing demographics. With a large influx of people suddenly moving to urban areas, new infrastructure was needed to accommodate the deluge. It also reflects an innovative approach to construction. Prior to the 20th century, most buildings were made with stone, bricks, or wood. Modern architects, however, began experimenting with new materials like steel, concrete, and glass. Modern design went on to define 20th-century architecture.

In practice, the two styles have some similarities—in fact, contemporary architects have taken many design principles from modern architecture—but contemporary architecture is more experimental. It’s a dynamic style that changes constantly in response to the new materials and techniques that become available. It also emphasizes responding to current environmental concerns.

The Pioneers of Modern Architecture

Here are some of the prominent figures who shaped modernist architecture:

There are several modern architecture styles, but it can almost always be identified by the following features:

Architecture books often feature photos of modern style homes and commercial spaces to inspire and inform. The following examples of modern architecture have served as inspiration for architects and designers since they were created.

10 Charming Cape Cod Houses—From the East Coast and Beyond