What Attracts Spiders? How You’re Inviting Spiders Into Your Home—And What To Do About It

While most spiders only pose a minor threat to humans, they’re not precisely welcome houseguests for many homeowners. Learn what attracts spiders so you can prevent them from entering your home. 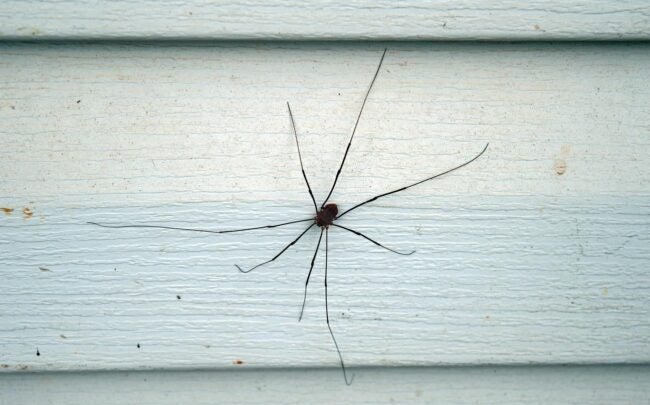 Q: Help—I found spiders in my home! What attracts spiders so I can prevent them from returning?

A: While many spiders pose little threat to humans (and are a great help in the garden!), they’re not exactly welcome houseguests for most homeowners.

Arachnophobia is a reasonably common fear, and even people who aren’t afraid often consider spiders to be a nuisance in the household. Additionally, a small handful of species can actually be poisonous to humans, so it’s understandable that homeowners would want to err on the safe side by removing spiders.

It’s crucial to understand what exactly attracts spiders in the first place to drive out spiders or prevent them from entering at all. Discover what attracts spiders, how you may be unintentionally inviting spiders into your home, and what to do about it.

Spiders will exploit any cracks or gaps in a home’s structure.

Spiders can easily enter buildings through openings such as doors, windows, and air vents. However, their size also allows them to crawl into a home through tiny cracks, gaps, and unfilled holes in the foundation. Spiders can also hide in objects that enter the home, such as firewood, plants, and storage boxes.

The best way to prevent spiders from entering the home is to seal any openings, such as drafty windows or cracks in the foundation. Homeowners can even place mesh screens over vents and other potential entry points. (Sealing cracks and gaps in a home’s structure is also a good idea generally, as it can prevent many other problems down the line.)

Weather changes can drive spiders inside.

It’s important to note that there is no one preferred climate for spiders. With over 46,000 species living in climates ranging from arctic to tropical, these arachnids are widely varied and quite versatile. Some species of spiders have adapted entirely to life indoors and rarely experience the elements at all!

With that said, weather changes can drive outdoor spiders inside. Spiders can typically survive temperatures as low as 23 degrees Fahrenheit and as high as 110 degrees Fahrenheit. When faced with high heat, these creatures will seek out cooler spots (potentially indoors). In the cold, they exhibit a behavior known as cold hardening: producing a chemical inside their bodies that essentially functions as an anti-freeze. To avoid deploying this survival mechanism, spiders may simply take up root inside someone’s warm home. They may also turn to indoor shelter to avoid the elements.

If other pests have taken up residence in your home, spiders could move in as well.

Since spiders typically feed on fruit flies and other insects, they are likely to follow these pests wherever they reside. Depending on the homeowner’s point of view, this could be a positive or a negative outcome! In general, anything that attracts pests can also attract spiders, as this provides an easy food source. This may include trash left around the home, uncovered human or pet food, and plants around the home’s exterior.

One of the best ways to keep pests (and therefore spiders) out of the home is to keep things tidy. Homeowners should regularly clean their floors, tidy up any clutter, keep storage bins sealed and off the ground, and clear out vegetation and brush around the home.

Dark, still, isolated spaces—such as crawl spaces, garages, and basements—are a common congregation site for spiders. This phenomenon can also be observed in outdoor areas, such as sheds, piles of wood, and overgrown plants. Spiders tend to prefer quiet and hidden spaces so they can easily find food and water, as well as hide if necessary. Cluttered areas are also desirable to spiders for this reason.

Though spiders are generally drawn to quiet, undisturbed areas, there is some variance in their preferred living environments. Some species, such as the cellar spider, are attracted to moisture; they are most likely to be found in basements and other damp areas of a home. Other species, including the brown recluse spider, will hide out in drier climates such as attics and closets. Despite these preferences, however, most common house spiders can adapt to their surroundings, often spending their entire lives indoors.

While most spiders are harmless to humans, a few species can be dangerous.

Generally speaking, spiders are not dangerous to humans. Most spiders will not bite unless they feel threatened; often, these bites are harmless or cause only a minor reaction. Common species such as jumping spiders, domestic house spiders, and tarantulas will not pose a threat.

However, it is crucial to keep an eye out for a few species that can be dangerous. There are three venomous spider species in the United States: the hobo, the brown recluse, and the black widow. A hobo spider’s venom is not strong enough to be life-threatening, though their bites can be unpleasant. The brown recluse and the black widow spiders, on the other hand, do possess toxic venom; their bites can be incredibly painful, though rarely fatal.

While it’s unlikely that house spiders and their bites will cause any harm, it is best to err on the side of caution. Contact a medical professional in the event of a suspected spider bite, then work on removing the creatures from your home.

There are some natural home remedies for repelling spiders, but it’s best to call a professional for recurring infestations.

For small-scale or one-off occurrences, natural home remedies for repelling spiders can be effective. Homeowners can purchase non-toxic pesticides and insect traps at their local home center to drive these critters away. A homemade spider repellent composed of essential oil, water, and dish soap can also be equally effective.

Should recurring infestations occur (or the homeowner is not comfortable with spider removal), it’s best to call in someone from pest control. A professional can help ensure that the source of the problem is resolved, keep spiders away for good, and provide preventative tips to keep the home pest-free.

How To Get Rid of Spiders
Advertisement

Solved! Why Are There So Many Spiders in My House?

What Would Bob Do? Groundwater, Exterior Painting, and Porch Spiders

The Best Pest Control Companies of 2023