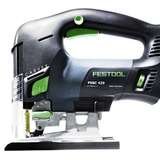 
If you're stumped at what to buy the tool-lover in your life, never fear — Bob Vila's Holiday Gift Guides are here!

Radiant Surfaces: Heat Where You Least Expect It


Think “radiant heating” and you’re likely to think of floors. But did you know that radiant heat panels can also be installed in your ceiling and your walls to offer the same clean, quiet...


The water heater is the home's unsung hero, reliably operating behind the scenes to make possible many of the modern conveniences we take for granted—hot showers, washing machines, dishwa...


Remaking your garage into an extra bedroom, den, or kids' playroom can improve not only the resale value of your home but also your quality of life. In comparison to building an addition,... 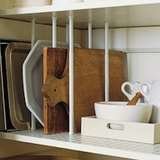 
With a few simple and fun DIY projects, you can turn your kitchen into an oasis of order where everything is at your fingertips.

The Black-and-White Benefits of Gray Water


It takes a whopping amount of water to sustain what many would regard as modest household usage. Imagine a family routine that involves twice daily showers, a couple of laundry loads per ...

5 Things to Covet in Your Dream Home


If you’re building a house from scratch, or even putting an addition on your current home, you’re in the unique position of being able to install systems and components that could be hard...


The pharaohs capitalized on the beauty and strength of stone, overseeing the construction of architectural gems whose magnificence has endured into the modern age. Fortunately for do-it-y...

How To: Install Carpeting


Love it or hate it, there are at least a few good reasons that homeowners choose carpeting today. For one, it absorbs the sound produced by television sets and stereo systems, overenthusi...